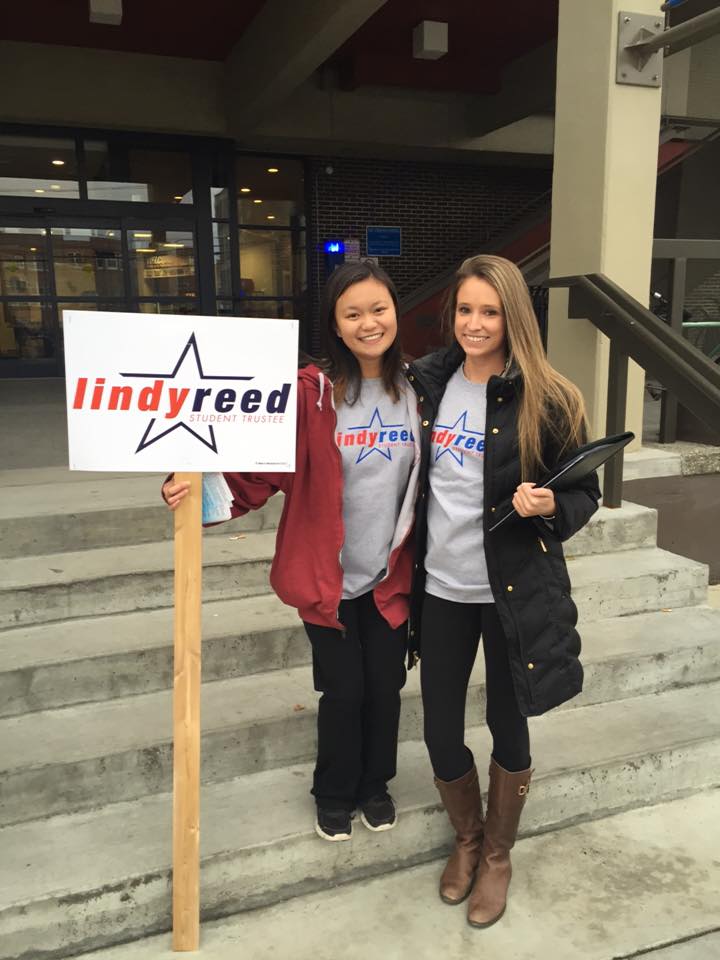 The campaigns, debates and voting are finally over. The student body has officially voted in a new trustee and a re-elected president for next year. The results are in, and the new student trustee is Lindy Reed and the returning SGA president is James Christopher with his vice president Alex Karabastos.

Christopher stated prior to being re-elected that he plans to execute his four principles that he has strongly supported throughout his campaign: fighting for affordability, connecting the campuses, promoting inclusivity and access to resources. These are all things that he has strived for in his prior term and will continue to do so in the future.

Christopher is humbled by this opportunity to serve another year as SGA President and students are excited to see what he has in store for 2016-2017. The election was record-breaking for voter turnout, and Christopher expressed how grateful he was or all those who voted and supported him.

“For the past month, I have been campaigning across campus to spread my message to as many students as I could speak to. Now it is time to put into action the plans I have been speaking about, and whether you voted for me or not; I will not let you down. I promise to continue being a passionate and strong advocate for improving the student experience at UMass Lowell,” he said.

As the newly elected Student Trustee, Reed will now begin the transition to fulfilling several responsibilities to keep UMass Lowell affordable. This coming fiscal year holds a big impact on whether or not tuition freezes or rises because the UMass Lowell Student Trustee gets a vote with the board. This is something that does not happen every year and Reed feels ready to vote to freeze tuition and fight for more state funding through legislators.

On a more internal level, Reed is also aspiring to achieve the initiatives she has already put into motion such as the Student Discount Card and expanding OpenSource textbook usage. Reed said, “It’s a huge honor to represent this university and all its students. We have grown so much in the past few years, and we still are growing. I hope to continue advocating for the concerns of our student body, and to continue working to improve student life.”