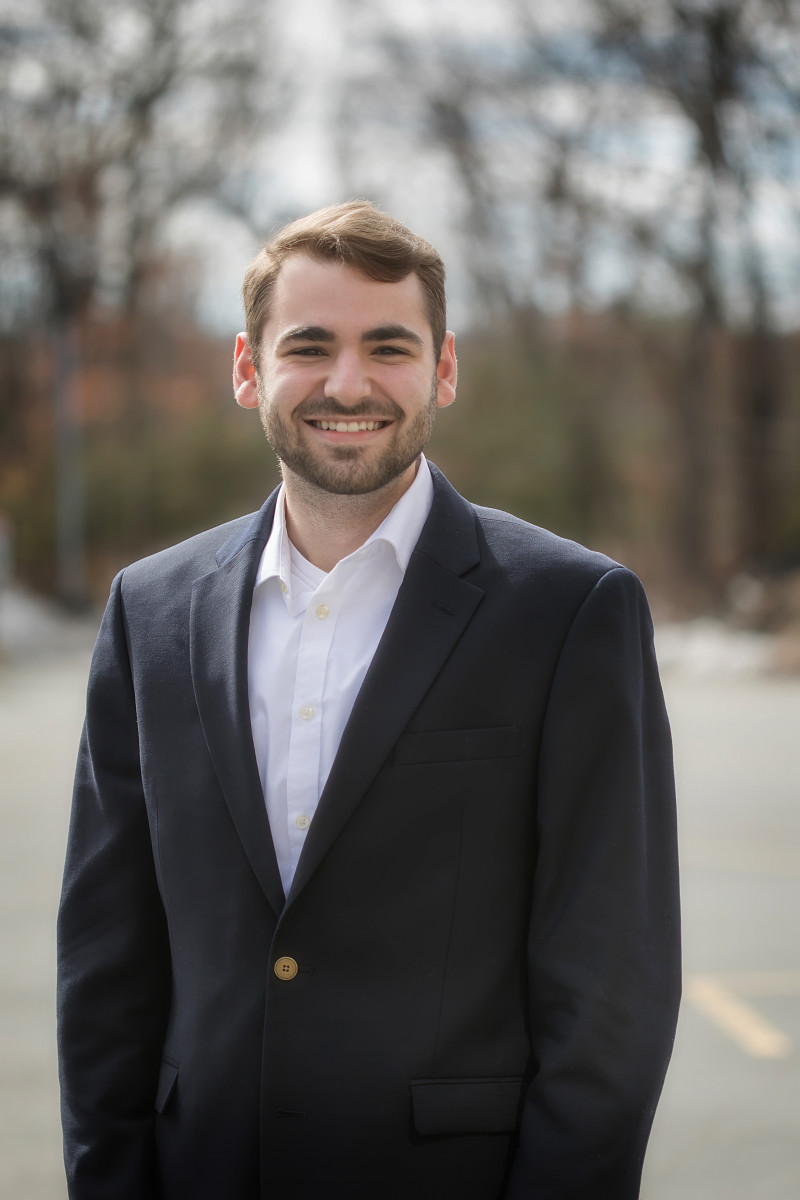 (Photocourtesy of David Levine) “David Levine is running for student trustee against his opponent, Mina Lam.”

David Levine, who is a Student Government Association senator for the Manning School of Business at UMass Lowell, is running for student trustee to advocate for changes that need to happen at the university. Levine is a junior, majoring in business administration with a concentration in accounting.

Levine served on the Finance and Governance Committee back in his freshman year. He was previously the chairman of the Public Relations Committee from April 2020 to April 2021. Back in 2020, he was also the chairman for the Campus Events Committee and still is today.

One of his experiences that he had during his time in the Student Government Association was having a close relationship with Chancellor Moloney and her executive cabinet during a monthly lunch. This helped him to give him a better idea of how the university works.

Levine says, “The student trustee needs to be in constant communication with the chancellor and vice-chancellors, and I believe it is important to elect a candidate who already has established connections and experience with the executive cabinet.”

When the next chancellor is selected, Levine plans to work with their office and arrange meetings with students either in person or virtually. Levine said, “As the next leader of this institution, the students need to know we are in good hands. I have full faith in the search committee and look forward to meeting the new chancellor.”

Levine strongly believes that changes to UMass Lowell dining have to be made for the future.

Levine said that the main focus right now should be raising dining capacity. “This means reopening Southwick, Hawk’s Nest and late-night weekend options,” said Levine. “Many college students, myself included, are night owls. However, we are on our own for meals after 8 p.m. (7 p.m. on weekends). This needs to change, and I will fight for this change.”

In terms of meal plan cost, he says that it did not make sense to charge the same priced meals plan due to several locations not reopened since closing.

Levine will advocate to the UMass Board of Trustees to fight to get rid of unnecessary increases. Levine says, “these increases are hurting students trying to receive a fair education.” He will persuade the board by talking to students who are struggling with loans and bringing their testimonials to the board.

From his perspective, he believes that the increases to attend UMass Lowell for next school year are not justified at all.

“Housing and meal plans were the same price this year as they were in 2019, however, three major venues were closed. Both will increase next year. With meal plans, we need to advocate to reopen all locations and bring back late-night options. Our meal plan prices do not match the value of the on-campus options. With the residence halls, there have not been any major renovations in the past five years, yet we still see price increases,” said Levine.

Levine believes that UMass Lowell has some work to do to be more diverse, equitable and inclusive to set the standards at all UMass schools.

In an interview, he mentions that there was a racial bias incident in Concordia Hall in March 2021 where there were hate messages on post-it notes. He said that the university’s response was minimal and that there is an active investigation going on and there was a meeting with students that lived in this residence hall.

He believes that the campus should communicate together on why this type of speech is hateful and harmful.

Additionally, he also said that the university needs to address the hate speakers that regularly come to South Campus.

If elected as student trustee, he would include the official student trustee email address in his campaign Instagram account. Additionally, he would plan to host regularly scheduled office hours at UCrossing Suite 243 and also over Zoom to meet with students for those that cannot meet in person.

Additionally, he also mentions that he plans to work with the Public Relations Committee to share the topics covered during trustee meetings to raise student awareness of what happens during these types of meetings.