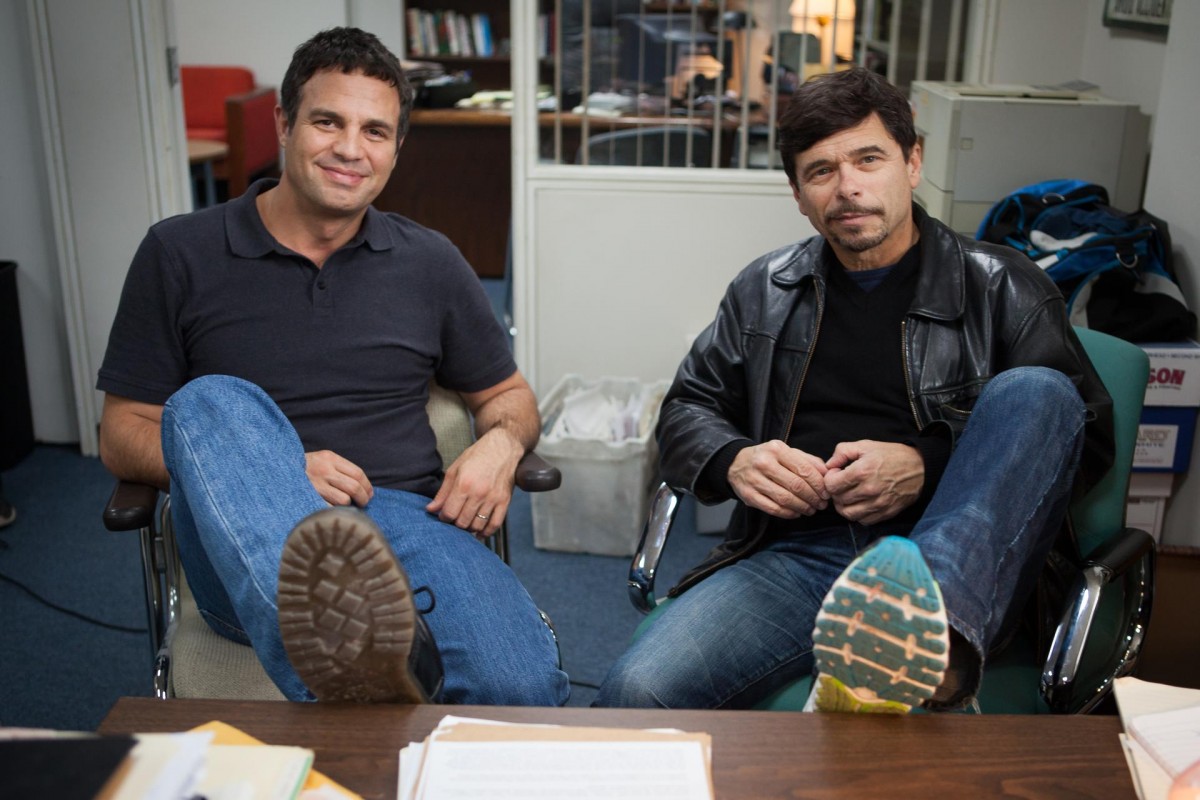 As part of the Parker Lecture Series, Michael Rezendes, a member of The Boston Globe’s Spotlight Team came to UMass Lowell to speak about his experiences on the infamous case, being played by Mark Ruffalo in a film, and the overall importance of journalism in the modern world.

In 2015, The Boston Globe’s investigative team experienced their claim to fame with the academy award winning film “Spotlight.” Based on the true story, this film highlighted the infamous story the Spotlight Team exposed: the cover up of child molestation by priests in Boston churches.

Rezendes began the lecture by clarifying certain misconceptions about the Pulitzer Prize him and the rest of the team share as a result of this story. The Spotlight team did not discover the actual clergy sexual abuse. There were records that dated back to the 1980s, long before the team had any knowledge about it. The Spotlight Team did not start their research till decades later. “So why did we win the Pulitzer prize? And what makes our work different then everyone else’s work? There were several things that made our work very, very distinctive. The first, and perhaps the most significant, is we discovered the cover up,” says Rezendes.

The second thing that Rezendes mentioned contributed to making the story “bulletproof.” He said that all the information was from the church’s records, which were carefully read by the members of the Spotlight Team. This made the articles safe from defamation and ultimately made the story impenetrable. Once the story was completed, Rezendes says the third thing that made the Spotlight story so unique was that it went on the internet because anyone could read the articles and see the documents, and it went viral. “People all over the world read the story,” said Rezendes. This was one of the first really significant journalistic pieces that went viral on the internet.

Rezendes moved on to explain the fourth aspect that made the Spotlight Team’s story unique. They discovered the scope of the problem in the upper-levels of the church. He said that they exposed 70 priests in Boston alone were accused of molestation, and that today there are over 250 priests.

The investigation began quite accurately as the movie depicts, Rezendes said. It started with a column by Eileen McNamara. The new editor Marty Baron had been reading it because it was about a corrupt lawyer who made 84 lawsuits regarding child molestation against Fr. John Geoghan, a Boston priest, fall under a confidentiality order. As a result he was still active and reassigned to different churches throughout Boston with no punishment from authorities or Cardinal Bernard Law.

Baron became very intrigued by the Geoghan case and as a result asked the attorneys for “The Boston Globe” to attempt in getting the confidentiality order repealed, and he asked the Spotlight Team to look into it.

The four members of the Spotlight Team immediately began calling people and making connections. “We quickly found out that we were probably dealing with more than one priest,” said Rezendes. They endlessly talked to lawyers and eventually discovered that they could be dealing with at least six different priests. The Spotlight Team decided they had two objectives: to discover the scope of the problem and to “go deep on Geoghan” Rezendes said.

Through a lawyer named Mitch Garabedian, the team was given a lead on 14 different files that could prove the cover up. However, they were missing from church records. Rezendes and the rest of the Spotlight Team went to a judge and eventually found the records. There were several letters from a woman named Marge Gallant begging for the removal of John Geoghan, and almost all of them appear to have no response from the church.

“These letters were heartbreaking,” said Rezendes, “because she was a devout catholic and loved the church and expressed her love for the church…she was writing about [the fact] that John Geoghan had ingratiated his way into her extended family and had molested seven boys in this one family alone.” These letters helped the Spotlight Team prove their case to a judge and get the confidentiality order on Geoghan’s documents dismissed.

From the information the Spotlight Team obtained, they were able to publish four stories in the newspaper. The first exposed the cover up. The second, John Geoghan’s psychiatric records. This article exposed how Geoghan operated and how he manipulated his victims. The third story was based on all the records about Geoghan the Team uncovered from the confidentiality order. Rezendes said that there were about 10,000 pages of records uncovered and exposed in this story. They exposed the extreme forgiveness Cardinal Law had toward Geoghan, and the nonexistent compassion toward the victims. The fourth story was about the scope of the problem. By 2002, the Spotlight Team discovered that at least 70 priests were molesting and abusing children in the Boston area alone.

Rezendes said that ultimately the success of these stories came from the response from people who would continually come forward after they were published, continuing to expose corruption in the church. These stories that the Spotlight Team published led to a revolution in the church system. They expanded, they continued their research, and eventually Cardinal Law retired and returned to Vatican City where he could not face criminal charges.

The idea of the “Spotlight” movie was a long process. Rezendes said in his lecture that “none of us on the spotlight team ever thought this was gonna be a movie…we just couldn’t imagine that anyone could think our work was cinematic.” It took a while for the idea of this movie to get any momentum. Many directors, producers, and other high up powers in Hollywood rejected the idea, until Ruffalo proclaimed he wanted to be in it. Once Ruffalo was on board with the film, actors, producers, and many other important Hollywood people took interest in it. Despite popular belief, the film was a huge success and won two Academy Awards including Best Picture.

Rezendes concluded his lecture by speaking about the importance of journalism, which can be exemplified by his story about the clergy cover up. Rezendes said, “Journalism is in a state of crisis right now,” which he says is due to the internet. He said that it is the job of the journalist to get the facts and tell the truth, and the reason why Rezendes does his job is to make a change in the world, and he hopes to inspire more people to do the same through “Spotlight” and his lectures.