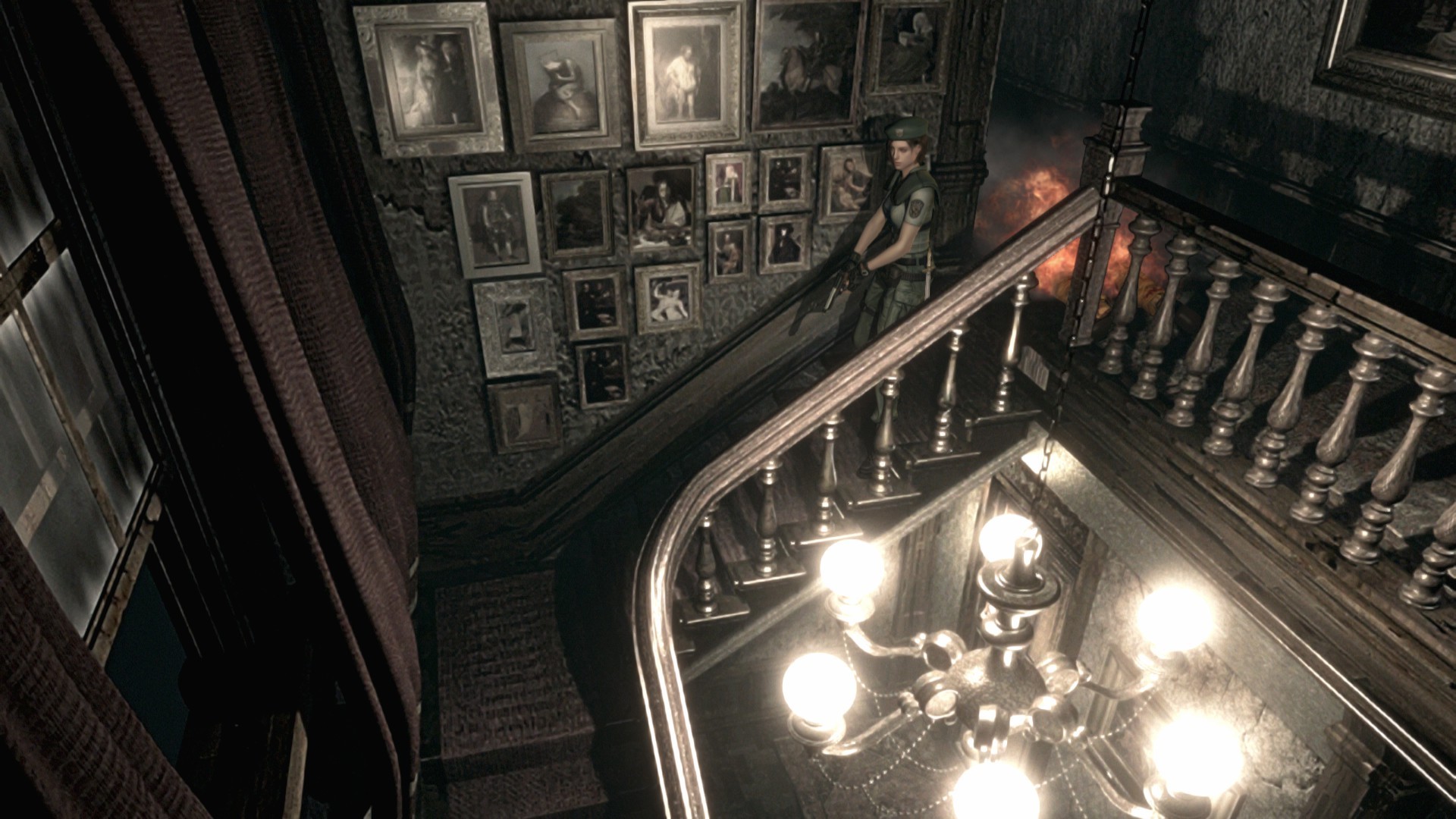 Although “Resident Evil” was praised by critics upon its release, the GameCube version was considered a commercial failure due to low sales. (Courtesy of Capcom)

Originally released back in 1996 for the original PlayStation, “Resident Evil 1” was one of the first serious attempts to bring the horror genre into the realm of video games, and its influence can still be felt to this day. Unfortunately, while the title’s impact on the gaming landscape can never be denied, the game itself has not aged gracefully in the slightest.

Thankfully, Capcom recognized this problem and, back in 2002, released a full remake of the original title for the Nintendo GameCube known as “Resident Evil.” And unlike its predecessor, the remake stands as one of the best survival-horror games ever released.

“Resident Evil” follows the exploits of the S.T.A.R.S Alpha team, a special police task force sent into the Arklay mountains to investigate a series of bizarre murders as well as the disappearance of the S.T.A.R.S Bravo team several days earlier.

After being attacked by a pack of man-eating dogs, the squad is split up and forced to take shelter in a seemingly abandoned mansion they discover nearby, only to realize that their new shelter is swarming with zombies and monsters. From here, the player is tasked with fighting their way through the mansion to rescue the scattered S.T.A.R.S agents as well as piece together exactly what is going on in their new surroundings.

All told, the story of “Resident Evil” does not hold up that well. While the main cast is generally likable and the story of what went down in the mansion is intriguing, the dialogue never goes beyond B-movie one-liners and the plot does not do a huge amount to set it apart from other zombie stories that came before or after it.

What truly sets this game apart from its contemporaries and even from the “Resident Evil” games to come after it is its emphasis on survival through careful planning rather than gunplay.

While there are a fair number of zombies throughout the mansion and the player is not lacking in ways to fight them, combat is rarely the best option due to the limited available ammo, high durability of enemies and the high damage even the weakest of zombies can deal. On top of this, unless an enemy’s body is properly disposed of with either a headshot or a very limited supply of gasoline, killed foes will come back even more powerful hours later.

Couple that with a save system that requires the use of rare ink ribbons and puzzles that require backtracking into old areas and the player is left with a situation that gives them just enough resources to get by, but never enough to feel comfortable even in areas they have already been.

While all of this can be said of the original version as well, the remake takes these gameplay ideas and pairs them with graphics and sound design that hold up shockingly well even 15 years later.

Rather than render traditional 3-D environments, the developers at Capcom instead opted to paint each area of the mansion by hand and use a combination of fixed camera perspectives and superimposed 3-D character models to give the illusion of moving through a physical space.

The result is a game that looks just as good now as it did when it was first released, with environments that have an attention to detail that at times rivals some of the best graphics technology seen today.

Unfortunately, if there is one part of this title that has not aged that gracefully, it’s the control scheme. Because of the environment’s nature as flat background pictures with 3-D models moving across them, a constantly shifting fixed camera is needed to sell this illusion. While the game’s original control scheme is designed to solve this problem, the design the team came up with feels restrictive and does not hold up to modern standards.

This problem is alleviated somewhat by an alternate control scheme that frees up player movement considerably but at the cost of making the shifting camera feel unwieldy in a way the original model was designed to prevent. This is not a huge problem as the game is entirely playable with either setup, but the lack of a perfect control scheme may be a turnoff to some.

Despite this issue, the 2002 remake of “Resident Evil” remains one of the best survival horror games ever released. With its masterful presentation, surprisingly unique monster designs and interesting gameplay that even future titles in its own series failed to mimic, it is a title that has proven itself to be absolutely timeless.