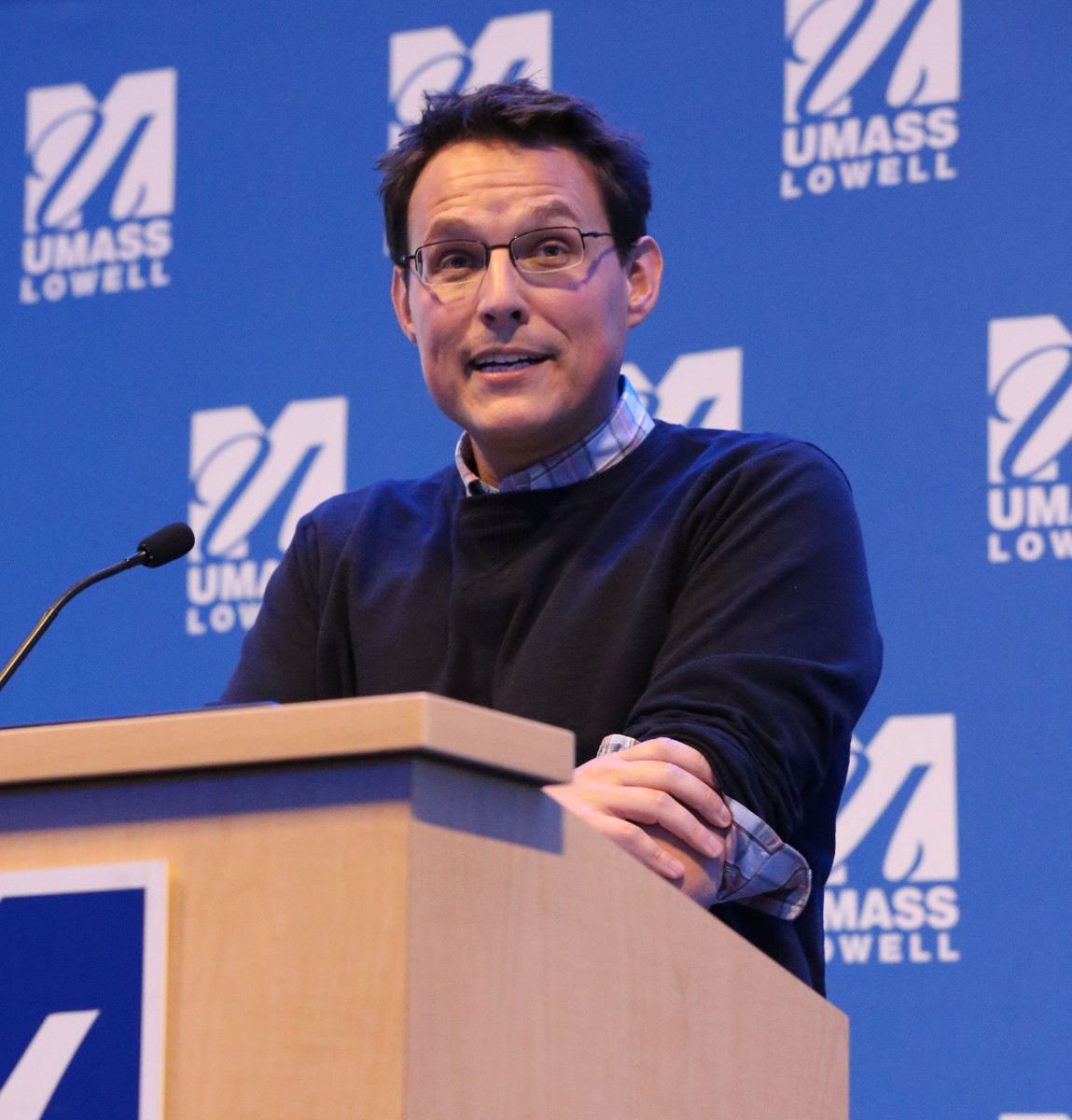 Friday’s speaking engagement was one of many the NBC correspondent has done at UMass Lowell. (Courtesy of UMass Lowell)

It has been a year since the 2016 presidential election and citizens are now looking back to what the current Trump administration has, or has not, accomplished while in office.

At UMass Lowell this past week, MSNBC’s Political Correspondent Steve Kornacki offered a perspective on the Trump Presidency, and what the United States has gone through in the last year. In his event Friday, he addressed the 2016 election and a theory on the upcoming 2018 mid-term elections. The event, which received a full house, was held at University Crossing, where doors opened at 2:30 p.m. until 4:30 p.m.

“Last year it was: How did this happen? Now we have realized it happened and we dealt with it for a year, but what does this mean going forward?” Kornacki said.

The talk was titled “The Trump Election One Year On: Did it Change Everything?” It directly followed up on Kornacki’s last visit to the university over a year ago, where he dealt with a similar topic, in regards to why the 2016 presidential election ended the way it did.

During the event, Kornacki explained that he believes this presidency has completely broken any long-standing “rules” that previous administrations have laid out in politics. Kornacki also addressed whether or not these new changes have drastically altered how this country views politics, and if the mid-term election results next year can even be predicted.

“We’re in a situation now where almost every indicator we have is saying that the mid-term elections next year will not be good for the Republican party,” Kornacki said.

“But we were very mislead by the results last year. So the question is, are we going to be mislead again? I believe that’s one thing to keep in mind going into next year’s elections.”

Abby Crossley, a senior English major at UMass Lowell who attended and enjoyed the event, believes Kornacki is being too optimistic for next year’s elections.

“Most of the people I know that voted for Trump last year voted for cultural reasons, not legislative. I appreciate all of the data that Kornacki provides from this event supporting Democratic votes, but I believe the energy and support for both parties is growing. I’m simply not as optimistic of the results next year,” Crossley said.

Kornacki said throughout the event that Trump won last year’s election because he focused on topics of culture and not legislative problems facing this country. He even went so far as  to call this administration a “cultural presidency,” not a legislative one.

Emily Yormak, a freshmen political science major, agrees with the major points Kornacki addressed during his talk especially upon the Trump campaign’s strategy last election season. But she does not necessarily think it is a bad idea when trying to win votes.

“I believe Democrats will win more votes if they take a cultural approach instead of a legislative one. I mean, it worked for Trump in last year’s election. I don’t see it not working for the mid-terms if Democrats decide to use that strategy,” Yormak said. “Politics as we know it has completely changed.”