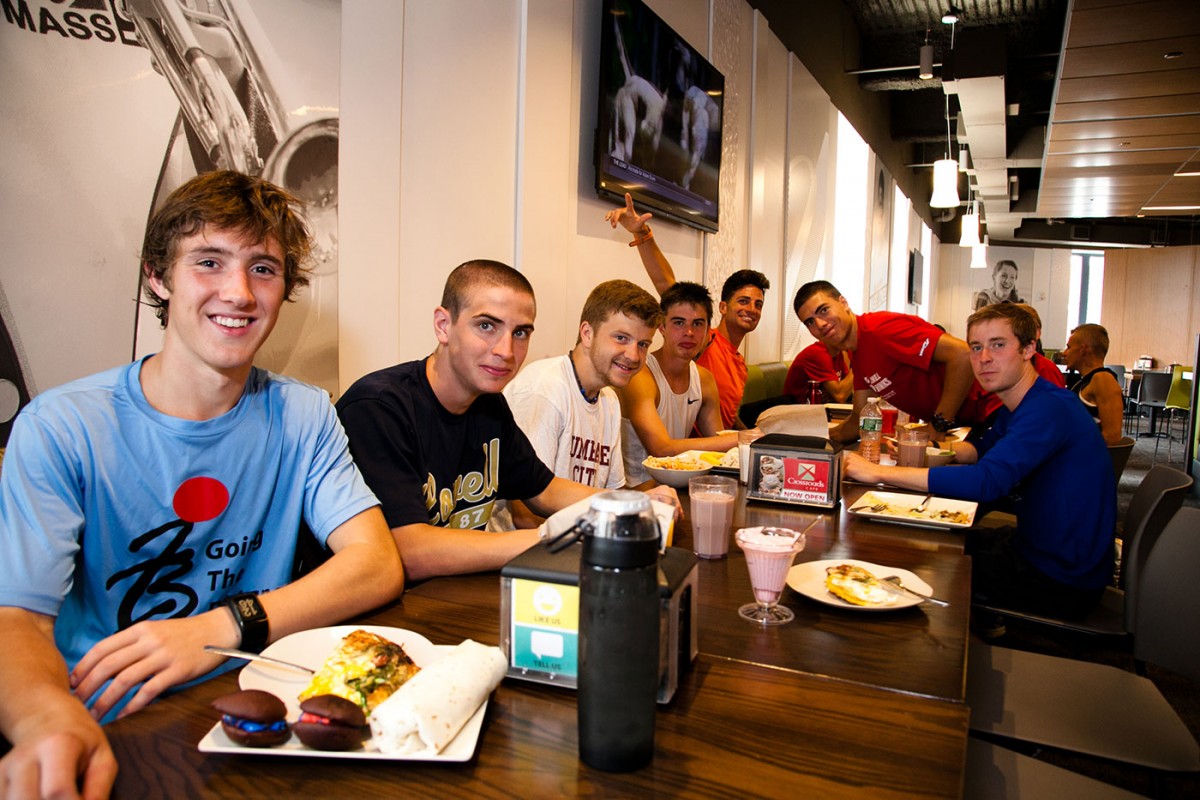 On Nov. 1, UMass Lowell students had the opportunity to voice their opinions about campus dining. (Courtesy of UMass Lowell)

Days after Larry Siegel, associate vice chancellor of student affairs, and Aramark staff gave updates regarding the future of campus dining, students continued to share their concerns and complaints about eating on campus.

One of the biggest topics during the forum was the capital renovation project of Hawk’s Nest at University Suites. Hawk’s Nest’s million-dollar renovation, funded by Aramark, is projected to be completed by January 2018. Hawk’s Nest will provide full service dining to residents of University Suites and River Hawk Village, with the hope of easing the volume of students who eat at Fox Dining Commons.

Miranda Vieira, a freshman resident of University Suites, is one of the many students who said she is excited for the re-opening of Hawk’s Nest as a dining hall.

“[I’m excited] especially that it’s going to be winter soon and it’s really cold. It will be nice how I won’t have to leave the building if I just want to get food,” said Vieira.

Another topic that was heavily discussed during the forum was the availability of different food options at the dining halls. Some students at the forum voiced concerns about the lack of Halal meats available at Fox Dining Commons. Although University Dining Executive Chef Frank Hurley mentioned that chicken breasts are readily available to be carved to order even when they are not on the line, a student questioned why this is the only Halal meat. In addition, a student remarked on how there are not a lot of vegan options available in the Fox and McGauvran Dining Halls.

“It’s something we’re aware of, but we are working on creating individual experiences for students,” said Hurley.

Exercise physiology major Allie McNamara said that the variety of food is not something she worries about at the McGauvran Dining Hall.

“I think South’s deli is better. I also like how they have better breakfast options, and more varieties of fresh fruit,” said McNamara.

During the forum, Hurley raved about the careful selection of four-week menu cycles, which he and his team create. These menus, which are blocked out from September to December and then again from January to May, include rotational weekly menus for seasonal items such as tomatoes and specific leafy greens.

“There are some days when I’m not really a fan of their options, but other days they have lots of interesting twists on different meals, especially at Fox,” said McNamara.

In the end, officials from University Dining made it clear that they are trying their hardest to meet specific student needs and expectations, but it is not something that can happen overnight.

“The university is responsible for holding [Aramark] accountable, and we’ll do whatever we have to do to make the best dining experience for students,” said Siegel.