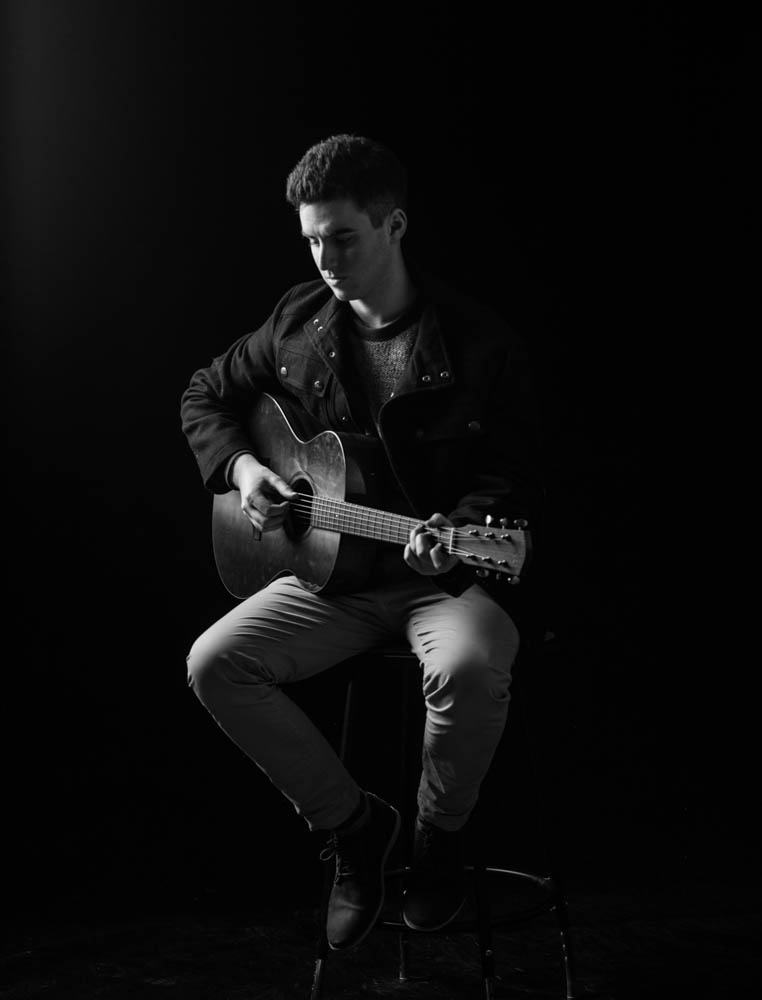 “Letters from Lowell” is expected to be released in either the spring or summer. (Courtesy of Michael Miller Photography)

The first time Andrew Marshall’s parents heard their son sing was in a school play when he played Danny Zuko, the male lead in “Grease.” Following in his sister’s footsteps, the singer-songwriter from Boxford, Mass. started to perform in middle school, but said he had never really sang in front of anyone due to his shyness.

“I did theater when I was growing up, but I never really sang in front of people because my sister was really good at singing, and I was like, ‘Oh Julia’s better than me.’ I was kind of shy too, so it wasn’t really her, I just kind of thought she was awesome,” Marshall said. “And then she went into middle school and high school and I saw her do the productions there, and I was like, ‘Alright, that’s where I need to shine. No guys ever go in there and sing, but I can sing, I can do this.’”

To fast-forward to the present, Marshall is consistently performing at local venues in and around Lowell, Mass. Since he is only in his first year at UMass Lowell, he has plenty of time to perfect his sound and style, but he has always been musically-inclined.

While he said he enjoyed partaking in the theater productions, Marshall was involved in music from an even earlier age. He said he played the saxophone in elementary school and took guitar lessons in fourth grade, but it was not until middle school that he really started to take music seriously.

“Growing up, I just wanted to be in a band,” he said. “Like in the fourth grade I didn’t even know how to play instruments and I was like, ‘Guys, let’s be in a band.’”

With the rise of many male singers during his childhood, Marshall said he had many idols to look up to. As a young kid, he, and the rest of the world, admired Justin Bieber for his sudden jump to stardom. Marshall said it allowed him and his friends to aspire to succeed, realizing that even a kid from a small town could make it.

“I think when I was younger—I think every young singer, especially a guy—saw Justin Bieber come up, and they were like ‘I want to be like Justin Bieber. That’s so cool,’” Marshall said. “But my main influences now are like John Mayer, Jack Johnson, Jason Mraz, those kinds of guys. I listen to jazz; I listen to really everything. Being a music major, I’m into classical, I’m into jazz, really whatever.”

Marshall said he did eventually join a band in his hometown and recalled that experience as a pivotal part of his career as a musician. It allowed him to step outside of the theater and band environment that essentially existed only within the walls of his high school.

“As much as people [make fun of me] for that, I don’t really care. I thought [being in a band] was a good learning experience, and it was a good opportunity to just perform,” said Marshall. “I was only performing at school, so it was cool to get out there and be like, ‘Okay, I can perform at different places if I just put in the work and talk to the people.’ For me, that was really cool. I’ve met some people through that, and some great artists that we’ve performed shows with.”

The music-business major at UMass Lowell said he is just starting to get his feet wet in the Lowell music scene. Marshall is a member of Hawkapella, the all-male a cappella group at UMass Lowell, and said he credits the people he has met through the group with helping him get acquainted with Lowell’s music scene.

While Marshall has been performing at local venues, namely Mill No. 5 and Cobblestones, he said he also has a steady opportunity playing at a café in Newburyport, Mass. Typically performing by himself, he has his own PA system and usually plays either the guitar or piano. “I use it as an opportunity to play new music for people or just try something out. If I fail, it’s not that big of a deal,” he said.

Some members of Hawkapella are also sound recording technology majors and have helped Marshall work through ideas and then go on to recording them. He said he enjoys working within the university because everyone looks out for each other. Unlike other engineers he has worked with in the past, current and former students who have helped him with recording and production have not been in it for the money; they simply want to help Marshall succeed in a friendly and comfortable environment.

He is currently working on his debut EP titled “Letters to Lowell.” Marshall is aiming to have a single released by spring break and for the full collection to be available by the end of this semester.

“My thought process behind [the EP name] was that it’s all these things that I would say to people, like if I was to write a letter to someone,” he said. “These songs are my personal reactions to people or how I feel about certain people. And though they’re not here with me right now, I just want them to know this is how I feel about them. [There are] lot of sappy love songs, of course, but you have to have those.”

True to his acoustic, singer-songwriter style, his upcoming single titled “Runaway,” is a self-proclaimed “cheesy love song,” and he said it is his favorite song he has recorded. Even so, this is no basic or average song; Marshall praised the depth and emotion that the track packs. As with most artists, he explained how sometimes he will write a whole song in one sitting, while other times he will not write anything at all. His goal, as he said is really any songwriter’s goal, is to send a message and allow people to feel something from the lyrics.

“I think [the song] was a breakthrough for me as a writer because it’s really easy to just write all these tender things about someone, but to really dive into how I was feeling or how someone made me feel, and the importance of that relationship… that’s why I really like this song.”

His can-do attitude and confidence shine through in his personality and it is obvious that he is passionate about his music, and just about anything else he sets his mind to. Marshall said he simply wants to make music that people can truly enjoy and involve his friends in the process.

“I hold myself to a high standard because if I don’t like it, why would anyone else like it?” Marshall said. “It’s really cool, especially if you record a demo, and you play it back and someone’s like, ‘Oh what song is that?’ and I’m like, ‘Oh, that’s my song.’ That’s probably the most gratifying thing.”