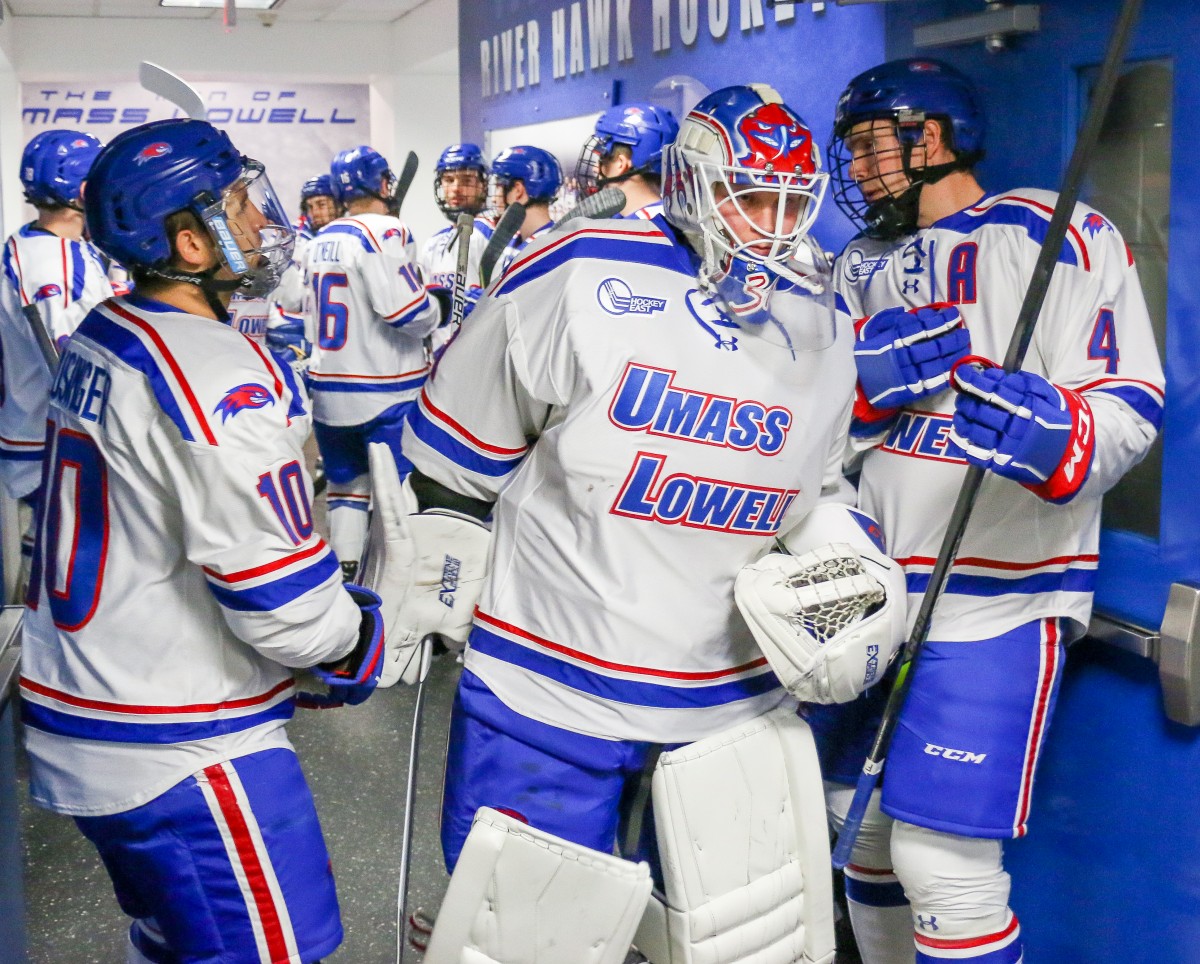 The River Hawks currently have a 16-16 overall record this season. (Matt Dwyer/Connector)

Let’s face it, UMass Lowell hockey has had it made for the last five years. Norm Bazin has taken us to the Hockey East tournament final the last five straight years, winning three of them. The only time we didn’t make the tournament final was in Bazin’s first year, where we still went to the NCAA tournament. Not too shabby for a team that finished with five wins in 2010-2011. Bazin has mastered the Hockey East in ways that are only third to Jack Parker and Jerry York.

But this year is different: we all felt that things did not seem right that first weekend. After losing the home opener to the University of New Hampshire (UNH) on a last-second goal in regulation, the team then went to Durham and lost again to be outclassed by a team sitting in 10th in the Hockey East. But we’ve been here before.

Since the UNH series, we’ve been wildly inconsistent. For every Boston College and Boston University win, we lose to the University of Vermont and Bentley University. At times it looked like we only play hockey on Fridays and are not aware we play on Saturdays, too. On Friday, Feb. 9, the team had an overtime loss to Boston College which was followed up with a bitter 3-0 loss to our rivals from the western part of the state on Saturday.

It’s time to admit it. This year just isn’t our year.

There are hundreds of excuses for our lack of elite play this year: goaltending, coaching, top goal-scorer, loss of top players. It is none of those. Relying on a stud scorer to carry the team out of mediocrity is the complete opposite of Bazin hockey, which thrives off several players consistently scoring goals. We don’t lack leaders. Edwardh, Mueller, Forney and others have played in big games during their time here. It’s our lack of a strong defensive unit.

Another staple of Bazin hockey is that defense wins championships. Bazin loves winning games by one or two goals, shutting out teams and holding on to leads going into the third period. In our first two Hockey East final championship wins, we shutout both Boston University and UNH. We’ve even managed to be undefeated this season while leading after two periods until the recent BC loss. But our defensive unit has consistently turned over the puck in their own zone from game one.

Additionally, exposing both Wall and Hernberg while they struggle to transition the puck from defense to offense limits the number of chances our goal scorers have. Our lack of experience is not a valid excuse. Panico, Mueller and Forney are all seniors with over 350 combined games played. The defensive unit appears to be simply underperforming, which can be a mixture of coaching and lack of leadership. With all three also graduating, our defensive problems will not be solved next year without adjustments.

Although it is time to admit we are not one of the best teams in Hockey East this year, and our only path to the NCAA tournament is a Hockey East final win, it’s still possible. The River Hawks have shown they can lose to the worst and beat the best. Anything can happen in March and Norm has never steered us wrong.