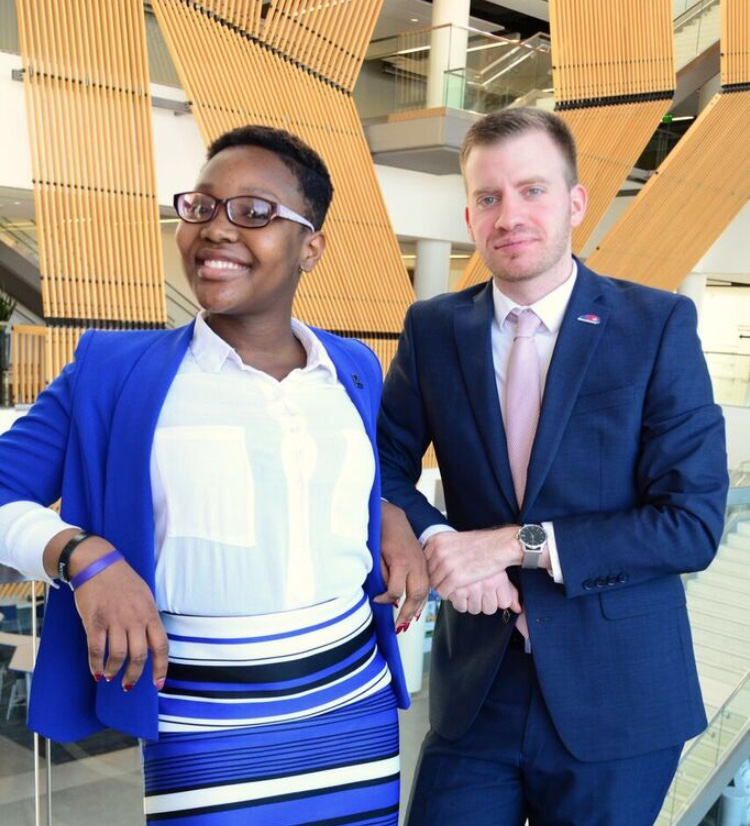 “It’s both exciting and humbling to have been elected President of the undergraduate student body, especially in such a record turnout election,” said DiFilippo.

DiFilippo, together with her vice-president Vilma Okey-Ewurum, will be serving the student body this fall on their quest to provide students with more mental health resources, increased on-campus, non-work study jobs that more students (especially international) will qualify for and better access to LGBTQ+ resources.

“Vilma, my Vice President and I ran because we knew there were real issues at stake in this election, and it’s always a great feeling when students become engaged and validate that,” said DiFilippo.

DiFilippo and Okey-Ewurum are not new to leadership roles. Previously, DiFilippo has served as the student body president in his high school at Mystic Valley Regional Charter School in Malden. Here at UMass Lowell, he currently serves as the chair of the Academic Affairs Committee. On the other hand, Okey-Ewurum serves as the president of UMass Lowell’s Gospel Choir and is a member of the orientation team and Omicron Delta Kappa, the national leadership honor society.

DiFilippo and Okey-Ewurum’s hard work campaigning around campus for the past three weeks paid off as they now prove to the student body that they are “More Than Just Talk,” as they stated throughout their entire campaign.

On the Student Trustee race, current SGA vice-president Brian Madigan gained just under twice the votes as junior Simthyrearch Dy to win the coveted seat of representing UMass Lowell on the 22-member Board of Trustees of the UMass System.

Madigan, a chemical engineering major, vows to work with the Board of Trustees in keeping UMass Lowell affordable while focusing on expanding resources for students on campus who are facing food insecurity, as well as expanding Health Services to include preventive education programs in mental health and sexual violence.

In addition to the new leadership of the Student Government Association, a host of new and returning senators were elected. Students can find the full results broken down by college by logging in with their credentials at uml.edu/elections.

“I have never been more hopeful about our future here at UMass Lowell. Now is the time for unity, as only by working together will we accomplish our goals,” said DiFilippo.