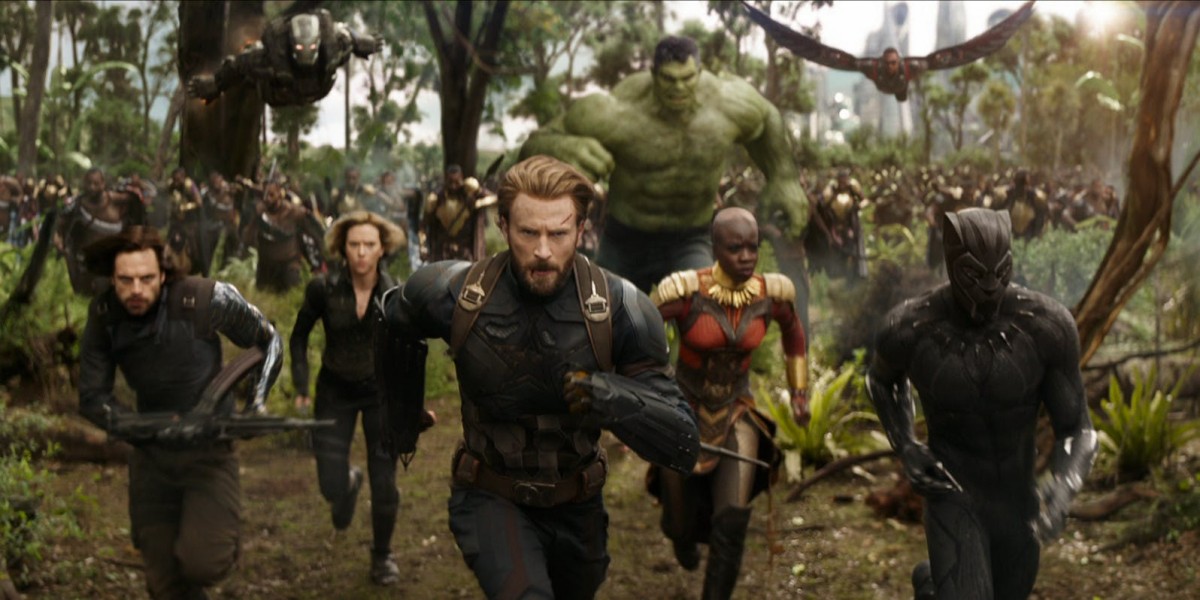 This April’s “Avengers: Infinity War” has Marvel fans excited as it promises to intertwine every subplot in the Marvel Cinematic Universe (MCU). The excitement around this movie has some fans attempting to catch up on 10 years of Marvel movies. To date, there have been 18 movies released, which means that could be a lot of binge watching. Is every movie that valuable to the plot of the third “Avengers” movie? The answer is not really. In fact, a fan really needs to only watch these 10.

1.“Iron Man”: It is hard to believe for some that this movie is turning a decade old this year. “Iron Man” established the tone of the MCU: compelling story telling, thrilling action and engaging humor throughout. Some younger fans may not have been around to see this one, so this is a great film to either revisit or witness for the first time.

2.“Thor”: Compared to the other movies in Phase One (“Iron Man 2,” “The Incredible Hulk” and “Captain America: The First Avenger”), “Thor” does more for the rest of the universe, including introducing Thor, Loki and the realm of Asgard. All three of these things are very important to the first Avengers film, and if one is familiar with the general origins of the Hulk and Captain America, they can pretty much skip these movies and head to…

3.“The Avengers”: A movie unlike any that came before it, “The Avengers” was the first to feature a large ensemble cast and still make it work from a story perspective. This movie has a lot of flash and spectacle, but Marvel still managed to give each character a meaningful arc. Fans also get to see this purple guy called Thanos at the post credits scene. Keep that name in mind. Also, this movie centers around the Tesseract, which we later learn is the first infinity stone. Keep that in mind too.

4.“Thor: The Dark World”: This movie unfortunately was released to an unpleasant reception, but it also is vital to the overall plot of the MCU. It introduces the Aether, a reality bending substance that the audience finds, when solidified, is the second infinity stone. The rest of this movie is very bland, so it is understandable to skip around a bit. Stick around for the post credits scene though, since one will meet the Collector, who is looking for these infinity stones.

5.“Captain America: The Winter Soldier”: This is a transition from one of Marvel’s weaker films to perhaps one of the greatest films in the entire superhero genre. “Captain America: The Winter Soldier” is a political thriller that blends intriguing dialogue with spectacular action scenes. This film does not see an infinity stone, but a very large event does occur that will not be spoiled here.

6.“Guardians of the Galaxy”: If any fans are still struggling by this point, “Guardians of the Galaxy” is a good moment to relax and go over everything that has been covered. There is one particular scene where the Collector says what the infinity stones are, why people are looking for them and why anybody should care. The audience sees the third infinity stone in the form of the power gem, and they see actual dialogue from Thanos that extends longer than a post credit scene. Also, this movie is hilarious.

7.“Avengers: Age of Ultron”: Not only is it the second time Earth’s mightiest heroes assemble, but the fourth infinity stone, the mind stone, is revealed. A couple of new heroes get introduced, and there is one scene where Thor figures out what the infinity stones are and for the first time the Avengers are concerned with the stones.

8.“Captain America: Civil War”: Similar to the second Captain America film, there is no infinity stone revealed, but this is still important to the universe. Since the rest of the recent movies explore other side characters mostly, “Captain America: Civil War” is instrumental in setting up the Avengers for what is to come in “Infinity War.” This is also one of the better ones, as the ideological battle between Cap and Tony ends up being a full out brawl that involves most of the Avengers.

9.“Doctor Strange”: Notable for amazing cinematography, a good performance from Benedict Cumberbatch and the fifth infinity stone. Doctor Strange is set up as the one main character that is more concerned with cosmic happenings as opposed to the earth based conflicts fans have been used to. The movies that have come after this one are all excellent, with “Spiderman: Homecoming” and “Black Panther” quickly gaining world renown. In terms of their relevance to “Infinity War,” they do not necessarily reveal much, which means, for now anyways, they can be skipped in favor of watching…

10.“Thor: Ragnarok”: Vital to the rest of the MCU, and most of the plot is in spoiler territory. Simply put, big things happen to Asgard, and the post credits scene literally serves as a fade in to “Avengers: Infinity War.”  Also, this movie has a beautiful blend of raucous comedy and stunning visual effects.

Fans should definitely go back and watch “Black Panther” and the other well done movies, but if they watch the above 10, they will be all caught up and ready for “Infinity War.”