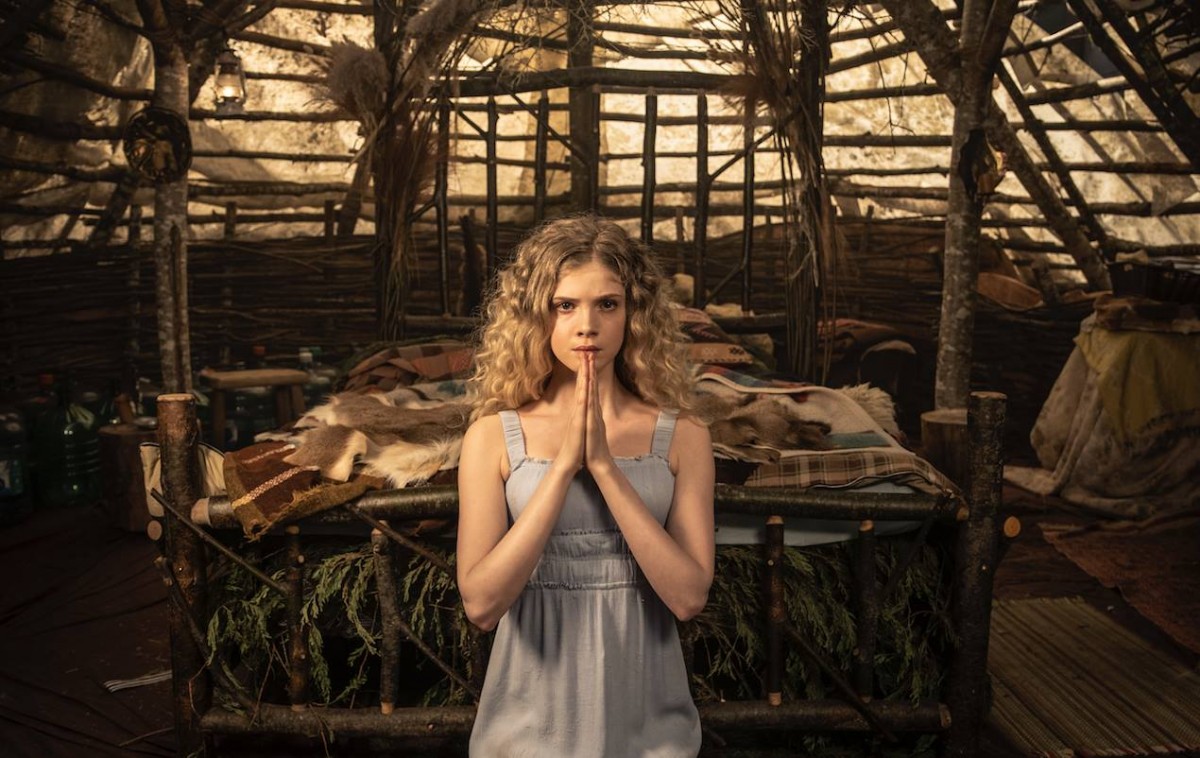 ‘Sacred Lies’ is based on the 2015 novel ‘The Sacred Lies of Minnow Bly’ by Stephanie Oaks. (Photo courtesy of Angry Annie Productions)

One of two shows to ever generate interest off of Facebook Watch, “Sacred Lies” takes readers through underdeveloped characters, mysteriously disappearing plots, and a crazy cult that spent a decade in the wilderness of Montana.

The show follows Minnow Bly (Elena Kampouris), a 17-year-old girl who was sent to a juvenile facility after beating a person nearly to death following the burning down of her cult, known as the Kevinian Cult. The Kevinians follow a “prophet” named Kevin, who claims to speak to God, but He actually goes by Charlie.

The more peculiar thing about Bly and her mysterious circumstances is the fact that both her hands are missing. The complexity and downright bizarre nature of the case draws in the attention of the FBI. They send a psychiatrist to work with Bly to figure out what happened in those woods and to her hands.

Bly does not always cooperate with the authorities, mostly because she had never known another life other than that of the cult. Within the cult, members had strict rules and devout beliefs in Charlie and the prophet.

The cult lives to the expectations of the fabled Charlie: wearing all blue, avoiding the outside world, and praying several times throughout the day. When a member disobeys, they are severely punished by the Prophet. Members were even forced to give up books and any other reading matter after the prophet claims that words were the devil. In addition, he warned that the devil, known as a Rymanite, lurked outside the perimeter of the camp, and any who touched him became impure. As anyone could probably predict, Bly touched the Rymanite, which was actually just a young man named Jude who also lived in the woods after his father became a fugitive for burning down a chemical plant.

The 10-episode series unlocks an unknown secret of Minnow’s past in every episode, but several plot twists are lost by either poor direction, editing choice, or both that take away from a truly fascinating story. It also did not help that it could not get a platform any better than Facebook Watch. In addition, after finding out the love interest is the son of an arsonist half way through the season, it is pretty easy to piece together who wanted to burn the cult down.

Dr. Wilson and Bly’s reading teacher have a brief affair that abruptly ends with no context, Jude comes into contact with Bly, Wilson, and the police, yet somehow ends up back in the woods without authorities ever following up on his trail, and Bly’s sister becomes more important in the last two episodes after being a very minor character throughout the entire show. She cut her own hands off because she was jealous the prophet chose Bly over her, handless and all. The Kevinian cult lived on by the few survivors, but it is revealed toward the end of the series that the prophet and sister both perished in the fire. Not surprisingly, no one heard from Charlie again.

The season is actually based-off a fairly popular book of the same title, but the essence of what is probably a decent story is lost in unresolved issues, poor acting, and bad choice of platform. The show did have a happy ending as Bly gets parole on her 18th birthday and receives bionic hands from Dr. Wilson when he sells his house to move on from his son’s death and get a fresh start. He decides to help Bly get the same.

Overall, the season ruins the complexity and what can be assumed intricacy that may be featured in the book by turning it into a season without proper consideration that could have made such interesting content matter that could have actually created a “cult classic.”