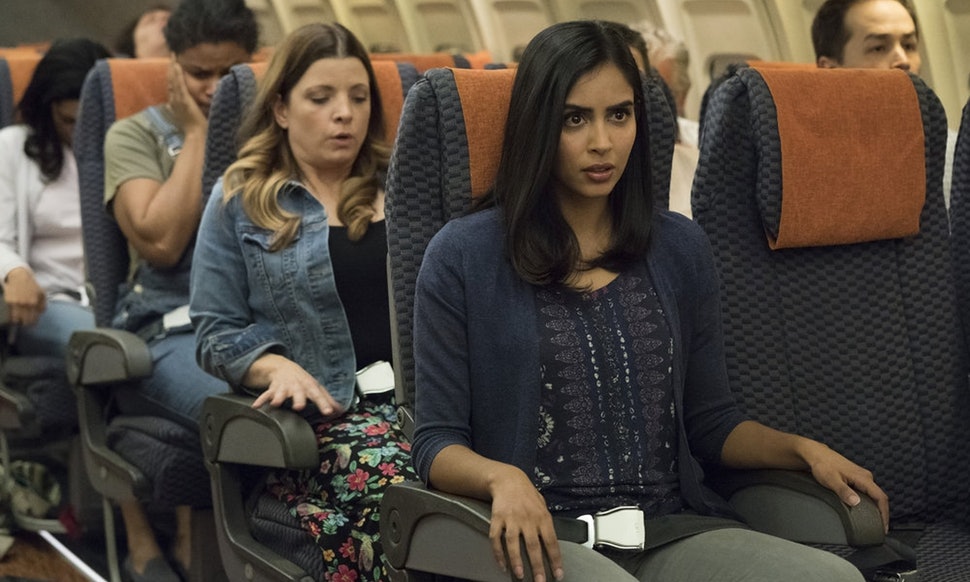 The first season will have sixteen episodes. (Photo courtesy of Compari Entertainment)

Do people who fear of flying ever think about the possibility of having really bad turbulence and landing five years after they took off? Well, maybe they will start thanks to “Manifest.” An interesting premise combining planes, trains and automobiles, “Manifest” is a supernatural drama that centers around the survivors of this outright bizarre tragedy.

Premiering Sept. 24 on NBC, “Manifest” has five episodes released and has received a lot of confusing, lauding and interesting remarks since its start. The main character, Michaela Stone (Melissa Roxburgh), steps off the plane to find her fiancé married to her best friend, her mother passed away from cancer and herself not aged a day. She was accompanied on this plane by her brother and nephew, who also have not aged.

The readjustment into 2018 after leaving in 2013 is a rough one. Many of the passengers no longer have jobs or homes, and people who collected life insurance policies now owe the money back – even though it is highly unlikely the companies had a clause for people who disappeared on airplanes for half a decade. And to make the show even more thought provoking, the passengers start hearing voices and seeing angels that are connecting them together.

Stone’s nephew, Cal (Jack Messina), appears to be a focal point for the series so far, and it will be interesting to see how he ties in. Cal, at the time the plane took off, had advanced leukemia and would probably not have survived to 2018 with the treatments that were available. The plane incident actually saved his life because a fellow passenger was a doctor doing leukemia research and helped him get this new treatment. What a coincidence.

What the doctor found while treating Cal only adds to the mystery of flight 828. In both his and her blood, there was a protein that is only found in a person who has had a fatal stroke. Wasn’t there another show where everyone got on an airplane and apparently died and it took viewers years to figure it out? It is shocking how many parallels the show shares with “Lost,” and it will be interesting to see how they will overlap in episodes to come. This is not to mention the religious ties that both shows seem to have.

Still so many unanswered questions about the plot as a whole, there are a lot of character development questions that still need some big answers as well. Stone’s brother, Ben (Josh Dallas), came back to a wife and daughter who had moved on and had a new man in their lives, only to be ripped out of the picture as soon as 828 touched the ground. Tensions are thick between many characters who are very conflicted and confused by their new lives, and they don’t understand what happened to them. The government thinks it is a national security issue, but it appears to have more to do with the individuals than the country as a whole.

Another peculiar twist in this show is that the plane blows itself up in the earlier episodes. Something beckons a selected 20 survivors to the airport, only to watch it explode before their eyes. Someone or something did not like the government searching for answers, and the survivors seem like pawns to something far greater.

The show could be described in many words, but one that keeps it as vague as its plot is “interesting.” It is compelling, the acting is good overall, and the plot leaves questions that make the audience want to stay until the end. “Manifest” is surely going to be taking a lot more twists and turns as the season progresses, and how they are executed will definitely make or break this show for a second season if the questions people have are not soon answered and some minor plots do not come together.