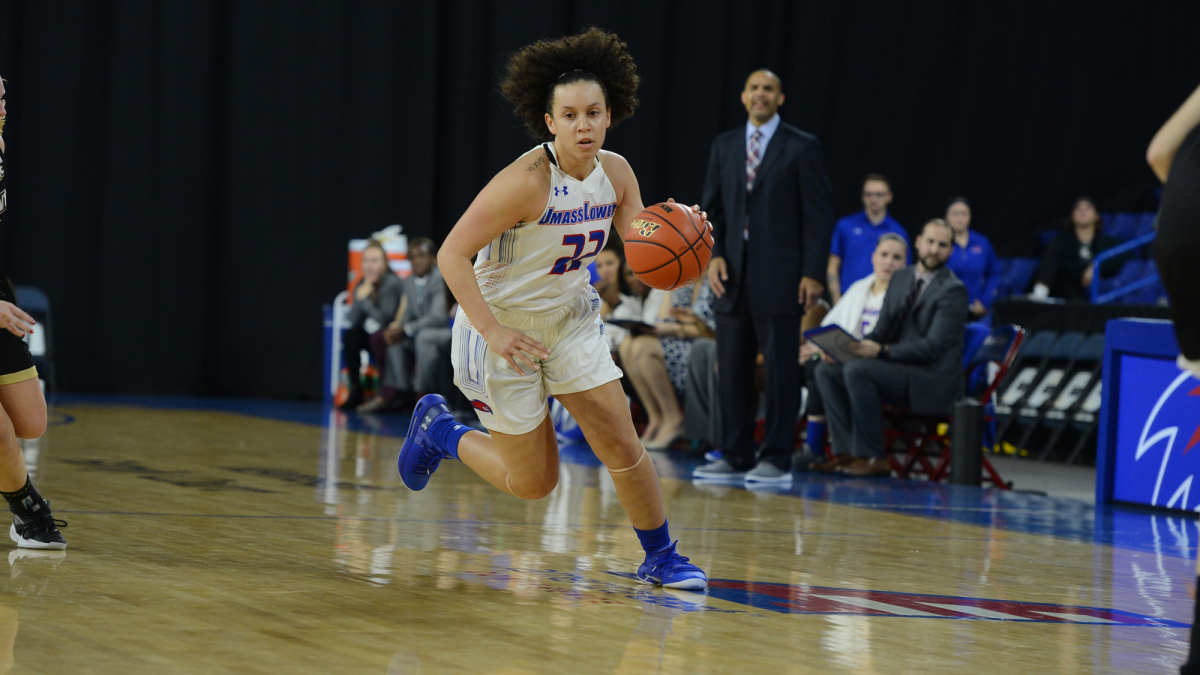 The UMass Lowell women’s basketball team (2-1) won their second straight game 79-45 against the Fisher College Falcons (5-1) in their last home game before heading into a five-game road trip. The back-to-back win marked the first back-to-back win since the 2015-16 season.

“It was an underwhelming performance by us. We outscored Fisher by a good number of points but with the discrepancy in size and [with] the talent level that we think we have on our team it should have been a more commanding victory. I don’t think we worked hard enough. I didn’t think we were disciplined in our execution [and] in our effort, but we’re gonna continue to work on that. It’s gonna be a season long process. I’m glad we won obviously,” said head coach Tom Garrick. “A win is always better than a loss but just like I said after the first game, there are no moral victories here and there are no symbolic wins. We’re looking to do better. We’re looking to have a higher expectation of ourselves throughout the course of a 40-minute game, and we’re gonna continue to work towards that. [I don’t want to take] away [anything] from Fisher College who came in here and played really hard. It was difficult to guard for our kids at some points and that’s something we didn’t make an adjustment to very well.”

Junior guard Ren’Cia Rolling was one rebound away from a triple double. She finished the game with 10 points, 10 assists and nine rebounds. Her 10 assists are the first time a UMass Lowell player notched 10 or more assists since 2012. Freshman guard Kharis Idom and sophomore guard Katie McKie set new personal bests with 13 points each.

The game started off with a lay-up from senior guard Brianna Rudolph assisted by senior forward Katherine Smith. That began a 4-0 run for the River Hawks. Smith helped anchor the defense giving the River Hawks the lead through the entirety of the game.

Sophomore guard Linda Svenne’s two three pointers helped UMass Lowell jump up to a 12-5 lead. The team’s pressing and trapping defense put them up 18-7 after the first quarter.

Their efficient scoring combined with their pressing and trapping defense helped the River Hawks go on a 13-5 run through the majority of the second quarter. Senior forward Oda Shackelford and McKie combined for 20 points to put UMass Lowell up 41-20 at the half.

The River Hawks held onto their commanding lead for the rest of the game preventing any chance for Fisher College to amount a comeback opportunity. The team finished the finished the fourth quarter by going on an 18-6 run. UMass Lowell finished the game shooting .500 from the field and .429 from three.

“The effort level has been pretty consistent up until today. I thought our effort waned. We had spurts, but we didn’t play a big chunk of time with a high intensity level,” said Garrick. “I think our practices have prepared us for the road trip. I don’t think today prepared us for anything other than we need to get better. The Bryant game was a hard-fought game against a tough and scrappy team. Saint Peter’s came in here with a higher level of athleticism so that got us ready a little bit, but our practices to date hopefully will show that we’re a little further along than we were last year.”

UMass Lowell will return home to play Colgate at the Costello Athletic Center on Wednesday, Dec. 5 at 7 p.m.