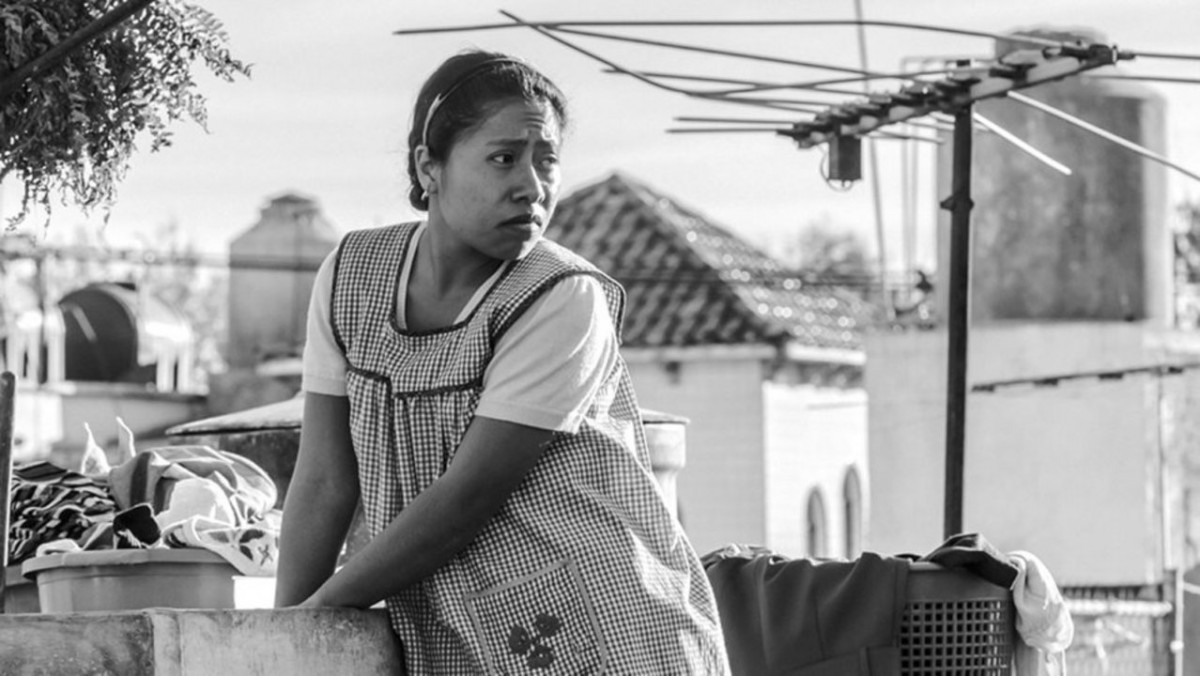 “Roma,” directed by Alfonso Cuarón and starring Yalitza Aparicio and Marina de Tavira, was nominated for 10 Oscars and won three for Best Director, Best Cinematography and Best Foreign Language Film. It follows the life of a 1970s maid in Mexico City. Despite its achievements, “Roma” is the epitome of artistic pandering to high brow movie critics at the expense of creating an engaging and interesting story.

The main redeeming factor is the beautiful cinematography and direction, which also ends up being its greatest downfall. While every shot looks beautiful and deserving of being displayed in an art museum, the techniques used to accomplish this feeling makes the story feel extremely disconnected. Most of these beautiful shots are usually characters performing mundane tasks that do not add anything to the story and can last minutes at a time. It is a strong artistic expression, but as sequences like these add up of characters essentially doing nothing for minutes at a time, the movie ends up feeling empty and uninvolved. Some notorious offenders of this are a scene near the beginning of the movie of one character walking around her home doing chores for about two minutes and a minute-long sequence of a car pulling into a garage. While these may result in some stunning screenshots, it does not work at all for a feature-length film.

This artistic flair is most likely an attempt to try and cover up the fact that not much is happening under the surface here. The plot is purposefully designed to show a realistic, personal story of everyday life rather than a grand, epic one. In doing so, it fails to generate interesting in the overarching story. Sequences go on and on without any signs of plot or character development, which makes for an extremely uninvolving viewing experience. The glimpses of an involved plot are mostly strong, but the movie does far too little with these glimpses to truly earn any praises for it.

Even as the story starts to ramp up with some more high stakes and interesting plot points in what was intended to be an epic final act, the artistic style of the movie prevents these events from having a strong emotional impact. The wide camera angles and focus on grandeur remove from the intimacy required for these scenes to reach their maximum potential emotional impact, which is worsened by the film’s general disconnected storytelling.

Despite the emptiness of the storytelling, the actors truly do their all to make the most of the script. Yalitza Aparicio portrays the lead character and does an excellent job with every emotional turn her story takes, especially in the climax. Her portrayal of Cleo feels genuine, honest and realistic at every step of the movie. Every actor and actress, even the children, work extremely well with what they are given, and it truly feels like a real family is being portrayed on the screen.

In the end, “Roma” is essentially an extremely frustrating movie to watch. The talent of the cast and crew in their duties is outstanding across the board, but all of these cannot overcome the empty, purposeless and overall just simply mundane story. The last 20 minutes would make for an excellent experimental short film, but the rest of the movie is essentially filler to get to that point and the long journey there significantly lessens the impact of its eventual arrival. It is exactly the kind of movie that the vast majority of movie-going audiences scratch their heads and question, “Why?” upon winning big at major award shows.