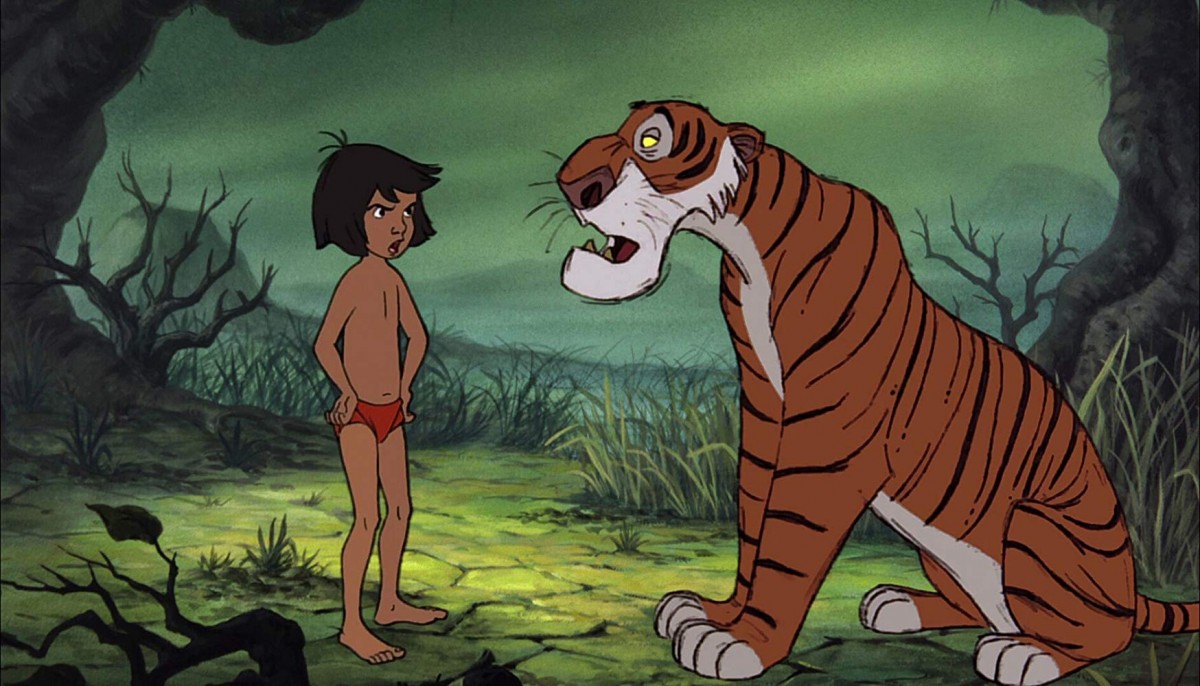 “The Jungle Book” from 1967 is hailed as not only one of the most popular Disney animated films of the pre-Disney-Renaissance period, but also as one of the all-time classic animated films. Does it deserve these honors? Not by a long shot.

When the tiger Shere Khan (George Sanders) returns to the area, a young man-cub known as Mowgli (Bruce Reitherman) is taken on a journey through the jungle and back to the safety of a human village.

“The Jungle Book” is the quintessential example of movies that do not try because they are aimed at children. The plot is all over the place, it is filled with needless characters and musical numbers and has all around poorly thought out storytelling.

As aforementioned, the entire premise of the movie is that Mowgli must be taken out of the jungle and to a human village in order to avoid Shere Khan. This is fairly straight forward and could easily be made into a decent children’s movie, or movie in general. Instead of focusing on this story, “The Jungle Book” just has Mowgli get into a bunch of random hijinks from joining a group of elephants that act like a military regiment to being hypnotized by a snake while his guide, a panther named Bagheera (Sebastian Cabot), insists that Mowgli must go to the human village. Due to all of these random hijinks, it never feels like there is any plot progression.

All of these hijinks that Mowgli stumbles into leads to him meeting an expansive cast of characters that literally do nothing but take up screen time and have little to no effect on anything in the movie. The most obvious examples of this are Kaa the snake (Sterling Holloway) and King Louie the orangutan (Louis Prima). Kaa has two scenes in the film, both of which contribute nothing and only serve to fill time, and the most that can be said about King Louie’s character is that he has a memorable musical number.

On the topic of musical numbers, “The Jungle Book” is terrible when it comes to using songs and music. That is not to say that the songs themselves are bad or not catchy, but they are poorly placed and ultimately misused. The purpose of a musical number in a musical is to relay new information to the audience while progressing the plot. As it has already been stated, there is no plot to progress, so that aspect is gone automatically. In terms of relaying new information, that is also not present in the musical numbers. The songs do not give the viewer any new information and only exist because they are catchy and because it is a Disney animated film, so it needs music. Due to how poorly the music is utilized, the songs end up bringing the movie to a grinding halt.

All of these details can be boiled down to the film’s ultimate problem, which is that the story is poorly thought out. However, all of these aforementioned details are not the only examples of this issue. It might seem ridiculous to think that a movie can do even more wrong than not having plot progression and having most of the runtime be filler, but “The Jungle Book” manages to do so.

For example, the inciting incident of the film is that Shere Khan is coming back to the area and Mowgli is in danger, so the natural conclusion is to move him somewhere safe. Great, that makes sense. However, the characters all make this feel unbelievable. On multiple occasions, Mowgli’s guide Bagheera just abandons him in the jungle out of annoyance, and there never feels like there is any urgency to getting Mowgli to safety. As a result, the main conflict is almost nonexistent and it leaves the audience wondering why they need to be worried at all.

The one positive things that can be said about “The Jungle Book” is that it has fantastic animation and aesthetics and that the musical numbers are fun and catchy.

Treat “The Jungle Book” like the characters treat Shere Khan and avoid it at all cost.