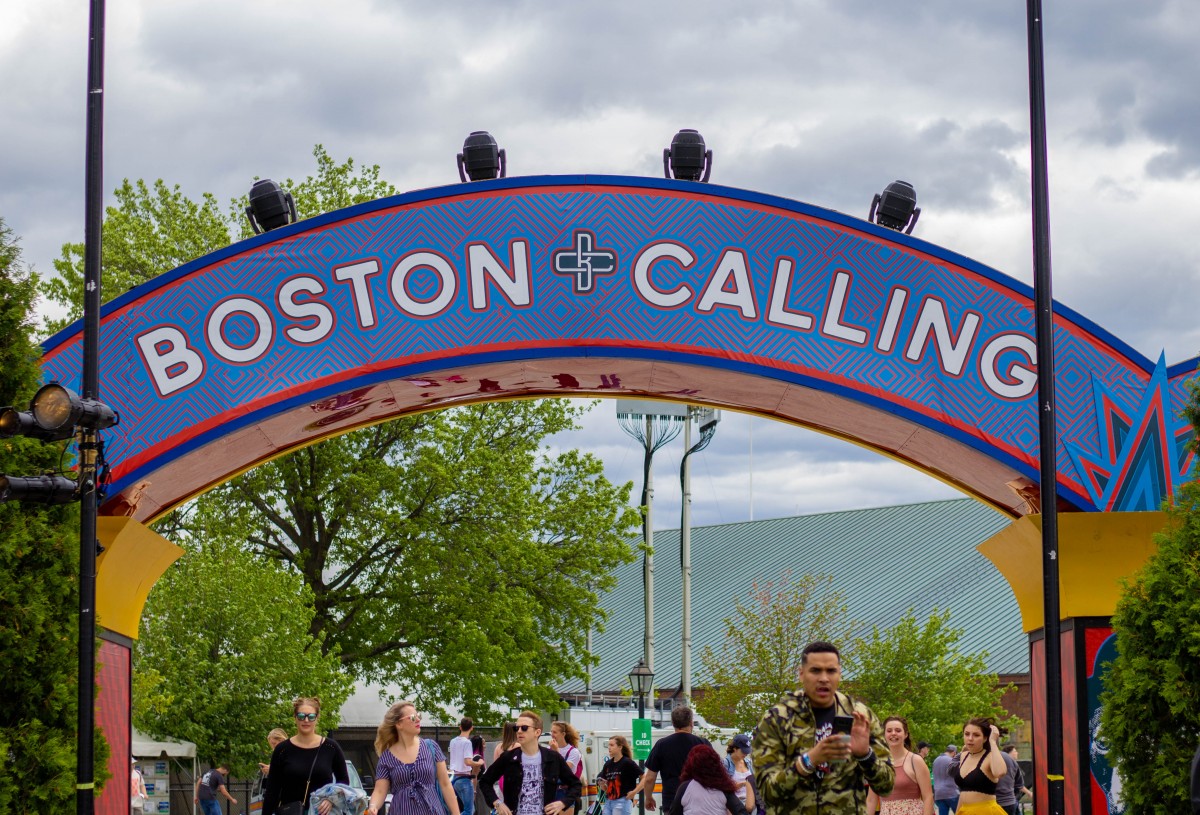 The tenth annual Boston Calling music festival went off without a hitch last weekend. Usually known for its rainy weather, the festival was met with surprisingly warm weather on days two and three. Day one was a cool and overcast 60 degrees with high winds, but that did not stop festival goers from bringing their A-game.

The festival grounds span a massive 16 acres across the Harvard Athletic Fields (HAF) in Allston, Massachusetts. The transition to the HAF from the Boston City Hall Plaza in 2017 has proven useful and has been well received by festival goers.

The expansive layout is not the only thing to praise about Boston Calling though. Local food vendors lined the fields and had an eclectic variety of offerings. From vegan ice cream to burgers, seafood, and falafel, the cuisine ranked high on the list of why Boston Calling is a must-attend event.

With a total of three outdoor stages and an indoor arena, Boston Calling provided its attendees with over 50 acts in three days. From local performer, Sidney Gish, to Irish sensation, Hozier. The genres covered indie, rock, rap and many others. There were even sets by stand-up comedians, and a revolutionary product demonstration by none other than Imogen Heap.

Music lovers flocked the entrance every day when the gates opened and positioned themselves at the barricades and prepared to stand for hours on end to see their favorite artists perform. Others lounged on the turf and enjoyed the company of their friends and sampled the copious amounts of food and drinks that were offered.

Performers included Lord Huron, Christine and the Queens, Greta Van Fleet, Twenty One Pilots, Anderson .Paak, Sheck Wes, Logic, Mitski, Tame Impala and Travis Scott. Each set was planned so that artist performances would alternate between the red and green stages which were next to each other, and the blue stage and the arena each had their own shows going on concurrently. Planning the day out is a must for this festival so that one does not miss the sets they want to see.

To ease the process of attending such a large music festival, Boston Calling developed an app that many attendees found very helpful. It included a map of the festival grounds, a list of food vendors and the schedule of performances for the weekend. It allowed each user to customize their schedule and would send a push notification 15 minutes prior to each set.

The token Boston Calling Ferris wheel stuck out amongst every stage and vendor and could be seen from any area of the festival. Rides were $10 and all proceeds were donated to “Music Drives Us,” a New England non-profit organization that supports music education amongst children.

To top everything off, popular ride-sharing application, Lyft, was a sponsor of Boston Calling. To help festival goers get home safe each night, Lyft set up a “Lyft Lounge,” a five-minute walk away from the festival entrance. Individuals decked out in Lyft apparel helped people get to the lounge. A large neon tent-like structure was in the middle of a parking filled with comfortable seating, free water and a DJ. The tent also had a phone charging station. Riders would order their cars when they arrived at the lounge and workers would help them find their car when it arrived. The Lyft Lounge was an amazing way to stay safe and continue to enjoy the Boston Calling experience even after the headliners finished their performances.

Overall, the experience of attending Boston Calling is one that cannot compare to anything else in the area. It lives up to its hype and can only improve each year.