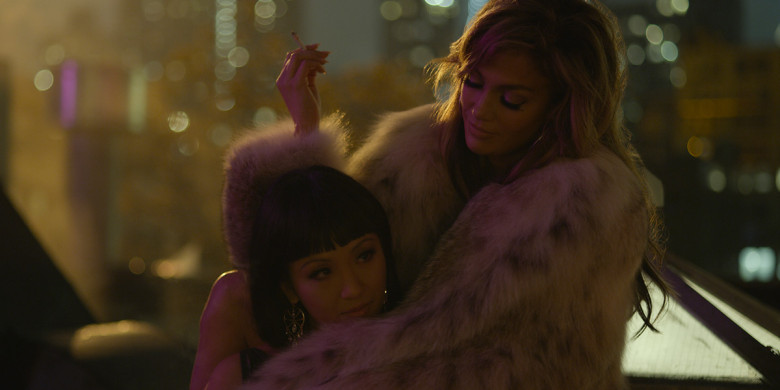 Hustlers had the most successful opening weekend in STX Entertainment’s history, with 33.2 million dollars. (Photo courtesy of IndieWire)

“Hustlers” follows Constance Wu as Destiny and Jennifer Lopez as Ramona, among a large ensemble cast, as former strippers who decide to take advantage on their Wall Street clients to make a big profit. The movie, although marketed in a mostly comedic tone, takes on a significantly more dramatic tone, in what eventually becomes a very character-driven story. While this may be a bit of a shocker to those who were roped into the strong marketing, it allows the movie to truly shine in a way that it might not have otherwise.

At the beginning of the movie, the marketed comedic tone is immediately present. Social media personalities and musical artists Cardi B and Lizzo steal the spotlight in extended, hilarious cameos. While they may have shone even more if they had longer appearances like it seemed they might, they were still instant highlights. Jennifer Lopez also steals the show in her first scene on screen, an extended pole dance where it becomes immediately obvious that this is probably her best acting to date.

As the movie chugs along, the comedic tone falls a little to the wayside for the drama of what is, at its heart, a very dramatic and serious story. Characters cycle in and out as the story chugs along over the course of nearly 10 years, with every actor finding their spot in the spotlight somehow. The acting is across the board pretty much phenomenal, with one supremely disappointing exception: Constance Wu. She is as close as the movie has to a lead actress, but her acting seems very relatively disappointing compared to everyone else. She seems emotionally static in all but a few scenes and is overshadowed by someone else in pretty much every scene.

The structure of the movie also feels like it makes the movie drag on a bit. The movie is told through a series of flashbacks, as Destiny recounts the events from the past 10 years to a journalist, and eventually reconnects with some people from her past. This structure can sometimes lead to a bit of confusion, as there ends up being at one point three different scenes from three different times intertwining. This also feels like it removes a certain sense of tension from the story: these girls are doing something that is risky and dangerous, but we already know that at least the main character gets out from it safely from the get-go by premise.

However, despite this slight dragging on, the story remains continually interesting, has a clear direction, and is truly buoyed by a fantastic performance by Jennifer Lopez. When a performer who has been around as long as Jennifer Lopez in all different sectors of entertainment appears in an acting role, often it becomes hard to distinguish the personality from the character. Additionally, while she has had her share of solid roles, she has mostly been recently known for low brow rom-coms, trendy pop music, and dance. Here, she not only manages to surpass pretty much every other role she has ever done, but she manages to exceed any expectation that anyone could have ever had for her. “Hustlers” could have easily been a trashy movie with no real sense of direction, but Jennifer Lopez’s fine touch alone manages to make it engaging and give it a sense of direction. Her acting is truly, truly remarkable.

While “Hustlers” could have benefitted from a slightly altered story structure and a stronger lead actress, it overall remains an engaging story with strong comedic cameos that truly manages to elevate its premise beyond what anyone could have reasonably expected from it.