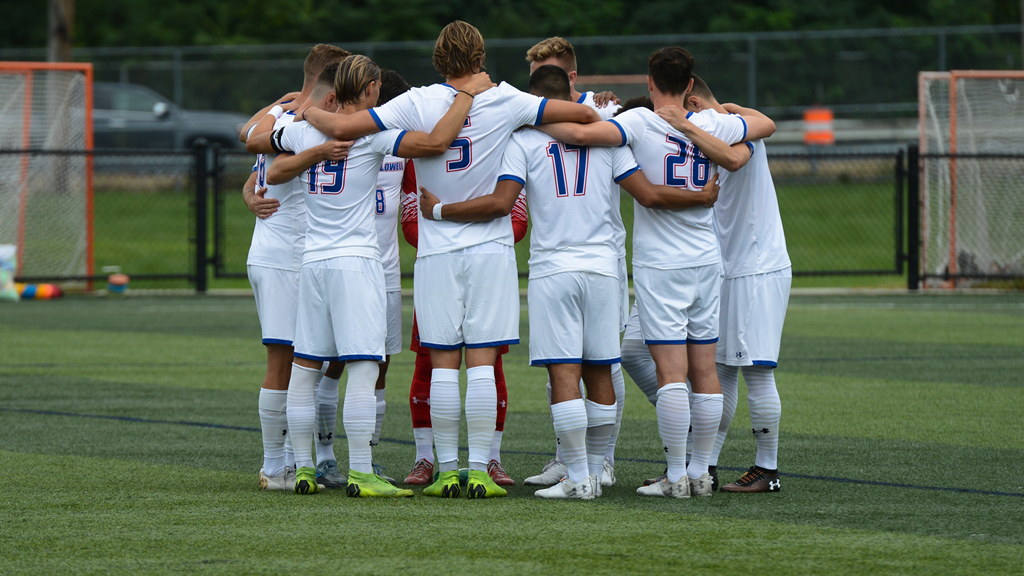 Coming off a solid win on the road against the Holy Cross Crusaders in Worcester, the River Hawks looked to continue their good fortune against a Northeastern side that began their season losing two of their three opening contests. Unfortunately for the Lowell faithful, the Huskies had different ideas.

“I thought we beat ourselves tonight to be honest,” head coach Christian Figueroa said. “I thought we limited them to very few chances throughout the game. I thought the second half was better in terms of taking away what they were doing well in the first half.”

From the opening tip-off, Figueroa’s men looked nervous on the ball. In the first few minutes, the River Hawks escaped a dangerous Husky attack through a block and handball call given by the referee. First blood would be made by the visitors, twenty minutes into the first half, as a low cross was cleared horrendously by the Lowell defense and found the feet of a Northeastern forward. His low shot was driven past two River Hawk defenders and a diving Patrik Gujic.

The River Hawks would be looking for an equalizer in the remaining minutes of the first half and would come close off a couple chances through the left side of the pitch. Defender Denis Petro gave forward Alejandro Osorio a great opportunity to put his name on the scoresheet, but Osorio saw his header go high of the target. Midfielder Roko Prsa found himself one on one with the visitor’s goalkeepers only to end up having the ball escape his grasp.

Cushing Field exploded when UMass Lowell was finally able to find the back of the net off an unassisted screamer from center back German Fuentes.

“It was the opportunity [discussing the take],” Figeuroa said. “We were getting a lot of space in the second half and our center backs did a great job to expose that and drive forward.”

With a little less than a half hour to play until the final whistle, a no call in the visitor’s defensive box left the United in Blue faithful hostile but play continued. A few minutes later that negativity would only increase as Northeastern retook the lead with a header off a free kick three yards away from keeper Gujic.

“We could have been cleaner,” Figueroa said. “It was great service, but we can do a better job and prevent restarts from happening.”

Figueroa would send the troops forward in the final twenty minutes looking for that second equalizer that would force overtime but his efforts were in vain.

“I just thought at the end it came down to a few moments,” Figueroa said. “In the second half where we let them back in, gave them a little confidence…just a bad few minutes from us tonight.”

The UMass Lowell’s men’s soccer team will continue their season with a Saturday night matchup on September 14 at 7 p.m. against the visiting Boston University Terriers.