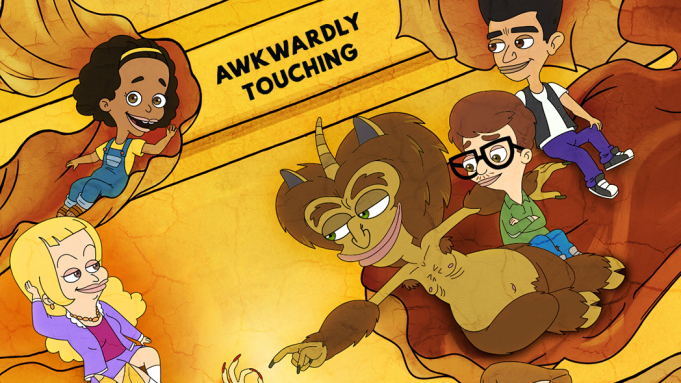 Much like a freshly grown pimple on the surface of the oily skin of a young adult, Netflix’s “Big Mouth” returns to the public eye with a third season filled with crude jokes, sexually suggestive situations and everything in between.

For those unaware, the Netflix original series follows the exploits of seventh-grader Nick Birch and his friends struggling through all of the troubles that come with the early stages of puberty alongside their manifestations of puberty known as “Hormone Monsters,” which play devil’s advocate to the kids, representing all of the feelings and irrationalities that come with all of those big changes. The main draw that this show had going for it was its platform, with no broadcast standards to abide by, this show goes far and beyond what most adult-animated shows could even consider showing.

However, the lack of broadcast standards the show has to abide by is the main punchline that a few of the episodes lean upon almost exclusively, along with a few pop culture references here and there. Binging this season in a single sitting (as more likely than not the majority of people do), a few of the episodes felt a bit too reliant on genital humor; there are only so many times one can show a furry penis and have an audience actually shocked by it. Perhaps the reliance on the sex jokes is a commentary of the hypersexuality that adolescents face at that time, but there is only so long a joke can stretch itself before it becomes stale. Especially a show that does not have anything really new or interesting to say that several other sex-centered series aimed at an older teenage audience (it is surprising how many there actually are) have not said before, aside from maybe the musical number about the spectrum of sexuality, sung by a fictitious omnisexual Canadian stage magician.

The episodes that do not rely almost entirely on that genital-shaped crux are pretty funny, among which include an over-the-top representation of Florida and a pretty interesting biography of a certain recurring character who appeared throughout the course of the show since season one.

None of the overarching season long plotlines are really fleshed out enough to become compelling. The animation is much of the same that it has been for the past two seasons, rivaling the quality of the strongest looking “Family Guy” episodes. Sure, “Big Mouth” did not necessarily need to break boundaries with its animation, but it would be nice to see something visually that is not just a peg under modern “Simpsons” episodes, yet just a tier above Daniel Tosh’s “Brickleberry,” especially with a series that advertises itself as more creator driven, not limited by jumping through the hoops that networks and broadcast standards pose.

There has always been an underlying issue with the grotesque art style ever since the first season, with the misshapen bodies, tremendous foreheads, and horrendously oversized lips, but it works somewhat in terms of demonstrating the ugliness that comes with puberty. The musical numbers the show has throughout do provide some much-needed visual flare in some cases, but overall, running on a Netflix budget, the show does just about what it is expected to do in the visual department. There are definitely worse ways to spend six and a half hours than watching the third season of “Big Mouth.”