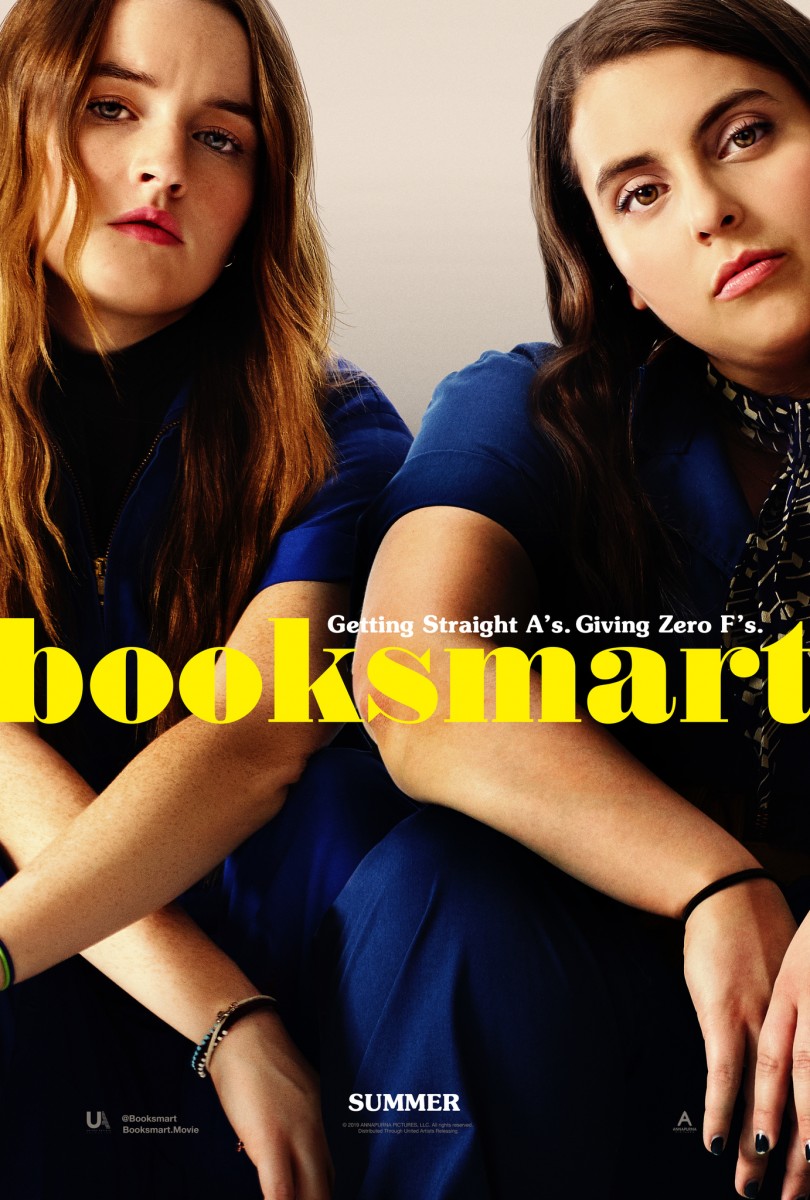 “Booksmart” is a coming-of-age comedy starring Beanie Feldstein as Molly and Kaitlyn Dever as Amy, two best friends who, after being accepted to their dream colleges, finishing at the top of their high school class, and spending their entire high school career dedicating themselves to this mission, decide to have one big night to let loose unlike they never have before.

The premise is far from original, especially for the genre. The good girl letting loose for one night is a borderline trope at this point, and an epic night of partying the night before graduating is too. However, “Booksmart” uses these tropes and clichés to expert effect.

The main driving force of “Booksmart” is the relationship between Molly and Amy, and how their characters develop and unfold over the course of the movie. Each of them had a unique and original character arc that paired wonderfully together. It is an insightful perspective on high school friendships and relationships, in a way that feels familiar and nostalgic to real life.

The rooting of “Booksmart” in real life is one of its strongest assets. In the coming of age genre, the most crucial element is that the stories, characters, and experiences are familiar to real life. Even in fantastical or science fiction settings, the struggle of each character must be relatable for maximum effectiveness. Both of their struggles to break out of their social shell is deeply relatable for any introverted high school student. Amy has a beautiful arc about exploring her sexuality, and Molly has an engaging arc about learning how she affects others. None of these stories are truly groundbreaking besides arguably Amy’s, but they are all incredibly engaging.

The acting is strong across the board, led mostly by the strong two central performances, but also giving the entire ensemble cast a chance to shine. There is no weak moment here in this regard, which ultimately culminates in a truly engaging and tremendously acted argument between the two leads near the end.

Many comedies and coming of age dramas struggle from a lack of central storytelling direction, often feeling like they are bumbling on to an end without a central storytelling thread. By focusing specifically on just one night for the entire duration of the movie, the story feels like it has an imperative and an end goal, which felt unique for the genre. The character development was also especially impressive considering this. It would have been easy for the characters to either not develop because it is just one night, or progress way too much for one night, but “Booksmart” strikes an excellent balance between the two.

The one flaw in “Booksmart” ultimately falls in its comedic angle and promotion. While the movie would have been entirely effective as a drama with comedic elements, there was a certain expectation going in that it would be much more comedic in nature than it was. When “Booksmart” did try to create comedic moments, it was extremely effective, but it was not nearly as frequent as may have been expected. It is not a significant deal breaker in the overall quality, but it is not quite the movie it was expected to be.

“Booksmart” is a fantastic analysis of the late high school experience for burnt out smart students. It is deeply relatable, extremely well-acted, and manages to take total advantage of all the clichés and tropes it implements. While it may not be quite as humorous as it seems to be based on the marketing, it is a fantastic movie that deserves all of the acclaim it got, and deserves to become a cult classic for generations to come.