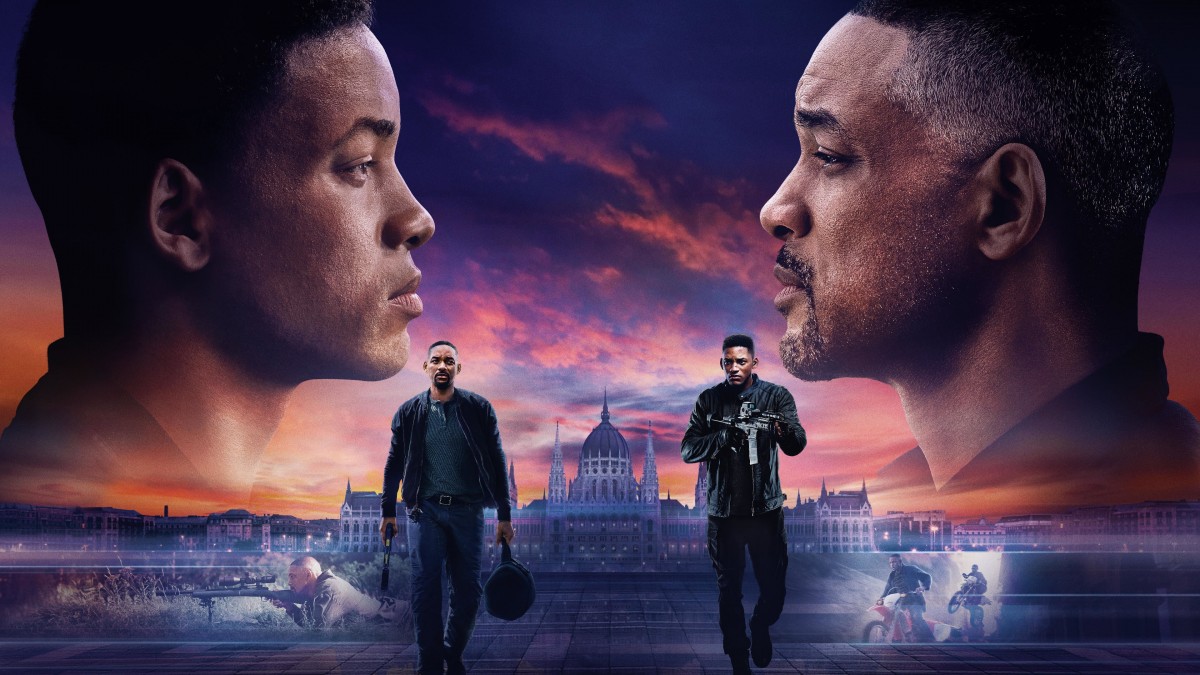 Harrison Ford, Mel Gibson, Clint Eastwood, Arnold Schwarzenegger, Sylvester Stallone and Sean Connery were all attached as the lead role before settling on Will Smith. (Photo courtesy of Paramount Pictures)

“Gemini Man” is the newest movie by star Will Smith and visionary director Ang Lee. Will Smith plays both Henry Brogan as a retiring assassin and Junior as a younger cloned assassin, which was conducted through digital de-aging software developed for this movie. It was originally planned in 1997 and faced 20 years of development struggles before moving forward in its current state. It was filmed in a 120 fps framerate on 3D cameras in 4K, a capacity that no theater in the U.S. can currently show in its full extent, with 14 theaters coming close with 120 fps, 2K, and 3D. However, despite this visual innovation, “Gemini Man” falls flat.

In no small part thanks to this innovation, “Gemini Man” is visually striking. The 3D gives it a stellar depth, in a way that does not feel gimmicky or useless like the 3D wave of the early 2010’s. The framerate may go mostly unnoticeable to the untrained eye, but it does help smooth out the movie a bit. But most importantly here, every shot is striking and takes advantage of this. “Gemini Man” is a beautiful movie that almost deserves to live on this visual prowess alone. The action sequences take similar advantage of this quality and are well choreographed and diverse. The last action sequence of the movie is particularly riveting.

Unfortunately, every other aspect of “Gemini Man” falls flat. The story is generic, plodding and thoroughly predictable. It is a fill in the blanks action movie cliché from start to finish, with no moments that innovate in any way like its visuals did. While the visuals and locations are chosen to give it an engaging dated feeling, the story feels dated in all the wrong ways. The fact that it was first developed in the 90s definitely shows here. It is not particularly bad in this way, but it feels firmly rooted in the past rather than the present. Such modern technology deserved a modern story to anchor it.

Will Smith managed to pull off both roles well. While he is not showstopping, he sells both Henry and Junior with a certain emotional deft. It is a shame that they do not show him as Junior a bit more, as that performance was much more emotionally varied and gripping. However, the other actors range from boring and bland to entirely unconvincing.

It is hard to blame this acting on the actors themselves when the characters written for them were so thoroughly one-dimensional and uninteresting. There is the hardened fighter girl, the funny sidekick, the evil villain, et cetera ad nauseam. Even Will Smith’s two characters only really have two dimensions to them, and only Junior experiences any sort of character progression throughout the movie, and even that is muted and minimal.

Just about every moment in between an action scene is completely and thoroughly unengaging. The writing and dialogue are completely forgettable and bland, it sounds more like a high school or early college student developing a film writing project than it sounds like a major blockbuster. The only moments that are even slightly riveting outside of the action sequences are shown in the trailers, and even those more shine because of how bland everything else is rather than by their own inherent quality.

By the time the credits start rolling, “Gemini Man” feels ultimately like a waste of time. Despite some engaging action sequences, innovative visuals and a decent performance by Will Smith, the characters, acting, story and writing is so thoroughly dull that it is more sleep inducing than thrill inducing. See it on a high-quality projector or do not see it at all.