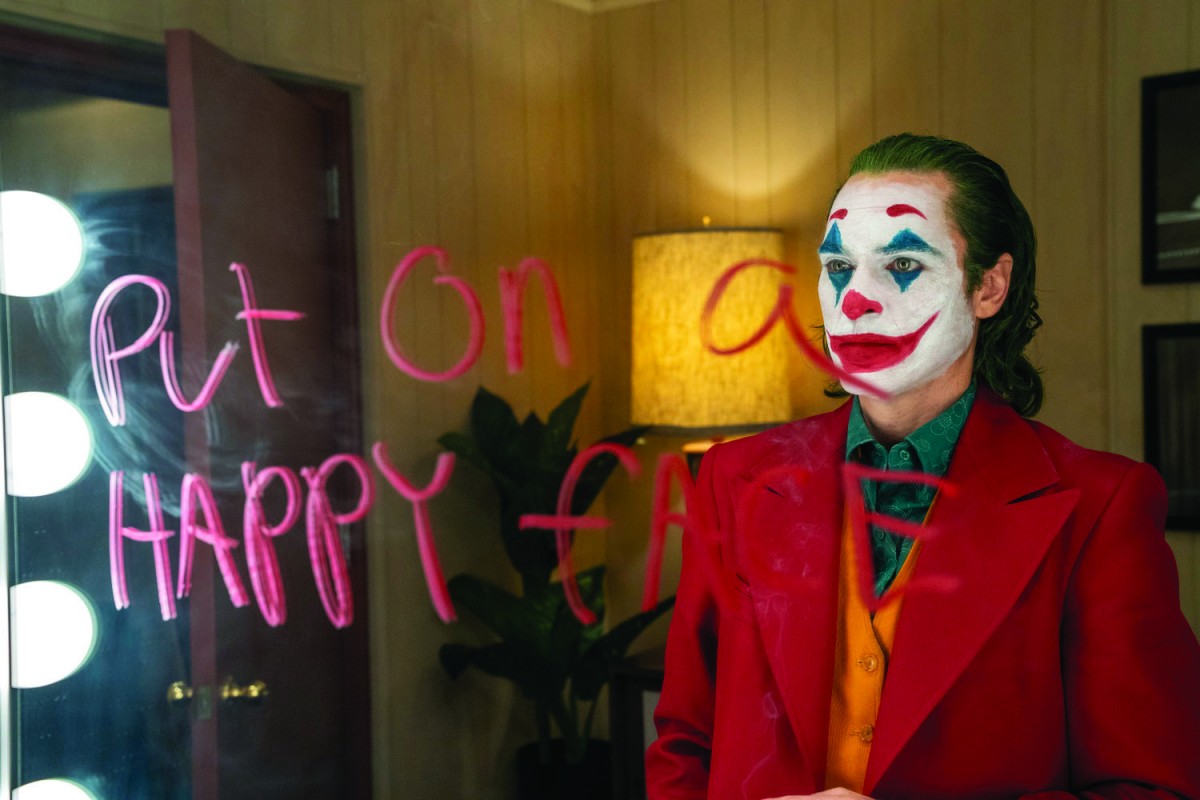 “Joker” is an R-rated, dark, gritty origin story to the classic DC Comics supervillain Joker, portrayed by Joaquin Phoenix. It is the first DC movie since “The Dark Knight Rises” to not be involved in their cinematic universe, where the Joker was recently portrayed by Jared Leto in “Suicide Squad.”

To its core, “Joker” is not a traditional superhero movie. Instead, “Joker” exists more as a slow burn character analysis of the Joker character, to explain how and why this fairly regular person managed to snap and become the psycho killer that is Joker.

On most technical levels, “Joker” is fantastic. Phoenix’s performance as the titular character is gripping, haunting, and mesmerizing. While no one else plays a truly major role in the movie, all of the side character’s unique background and strong acting provide a perfect landscape for Phoenix to work against. Giving this new take on a classic character feels truly bold and original, not just for the character Joker but for the entire genre of comic book movies. “Joker” had much of the potential to be the new cornerstone movie of the genre.

Unfortunately, the premise begins to show cracks in the surface quickly. While Joker himself is a fascinating, lunatic character that Phoenix portrays excellently, his slow deterioration is extremely just uncomfortable to watch. While discomfort is a feeling “Joker” tries to evoke frequently, it quickly goes from enjoyable to just plain unpleasant.

The intended genre of “Joker” appears much more akin to that of a psychological thriller or even a horror movie than a traditional comic book movie. While this feeling is effective in the context of the intention of the movie, an effective psychological thriller or horror movie needs to have a certain rise and fall of tension in order to be effective, which “Joker” tremendously fails in doing. Rather than giving the audience any time to breathe, “Joker” just feels like a two-hour death strangle.

Not only does this continued, constant, extreme sense of tension create an unbearable atmosphere, but it also makes the movie feel incredibly one-note. At no point is there ever any form of tone shift or relief, it is just consistently bleak. The constant presence of tense bleakness makes it feel like “Joker” is supposed to torture the audience rather than entertain.

While the slow burn nature of “Joker” makes it unique, at points it gets too slow for its own good, especially in the second act.

The first act gives a unique introduction to a version of Joker that is never really been shown before, and the third act ups the action and provides a thrilling conclusion, but the second act has very little to offer besides a tight feeling in the stomach.

This issue is compounded by the fact that the second act is decently longer than the first and third acts and ends up comprising of almost half the movie. Here, the movie has established Joker’s capacity to snap but it features him very rarely actually doing it, which results in a feeling of a lack of forward direction in the plot and the character.

Much of the permeant bleakness is a factor of the directionless story. Since the story is incredibly character driven, there is little in the form of a clear direction or an obvious central plot thread. With all the horrifying things that happen in the movie occurring mostly out of the blue, the lack of a central guiding plot made “Joker” feel just a little emptier.

One of the other major intentions of “Joker” is to provide social commentary on class divisions and the treatment of people on the edges of society, specifically those with mental illnesses. While this message is very far from muddied in the story of the movie, it feels like the writers did not go quite as far with it as they were trying.

In the scenes that were depicting this class struggle, “Joker” mostly came short of delivering a true “point.” Where the writers had hoped there would be profoundness in the message, instead there’s just bleak, depressive emptiness. When the opportunities arose to pick a side and make a claim, the writers instead fizzled out and villainized both sides.

The message that “Joker” seems to be giving on mental illness is that if society ignores people who are on the fringe mentally, then that turns them into villains. Joker was a mentally challenged, poor individual, who snapped after life beat him down. His character is portrayed in a way that feels so deeply relatable that it starts to become concerning: if the Joker’s intentions for becoming a psycho killer are so easily related to, then what implications does that leave on the real world?

It is a bit reminiscent of the portrayal of Hannah Baker in “13 Reasons Why”: by portraying a character going through a relatable struggle that leads them to snap, it can inspire people to act out in real life. Teen suicides spiked after “13 Reasons Why” season 1, which gives reason to believe that mass shootings may spike after “Joker.”

Part of the conflict in this regard is that if Joker were more completely unhinged and not relatable at all, then the movie likely would not have been as good. The main strength of Joker is in the character and Phoenix’s fantastic acting, which very likely would have been less mesmerizing if Joker was a less relatable character. This provides an inherent conundrum for the writing team: should Joker be relatable and risk real life repercussions, or should the movie be less captivating and deviate from their intent? In the end, neither option seems enjoyable.

“Joker” had all of the potential in the world to be a fantastic, gripping new direction for the future of comic book movies. While hopefully some movies in the future will take notes from the mesmerizing performance of Phoenix and generally innovative new direction, “Joker” is ultimately too aimless, uncomfortable, slow, and confused in message to be the game-changer it might have otherwise been.