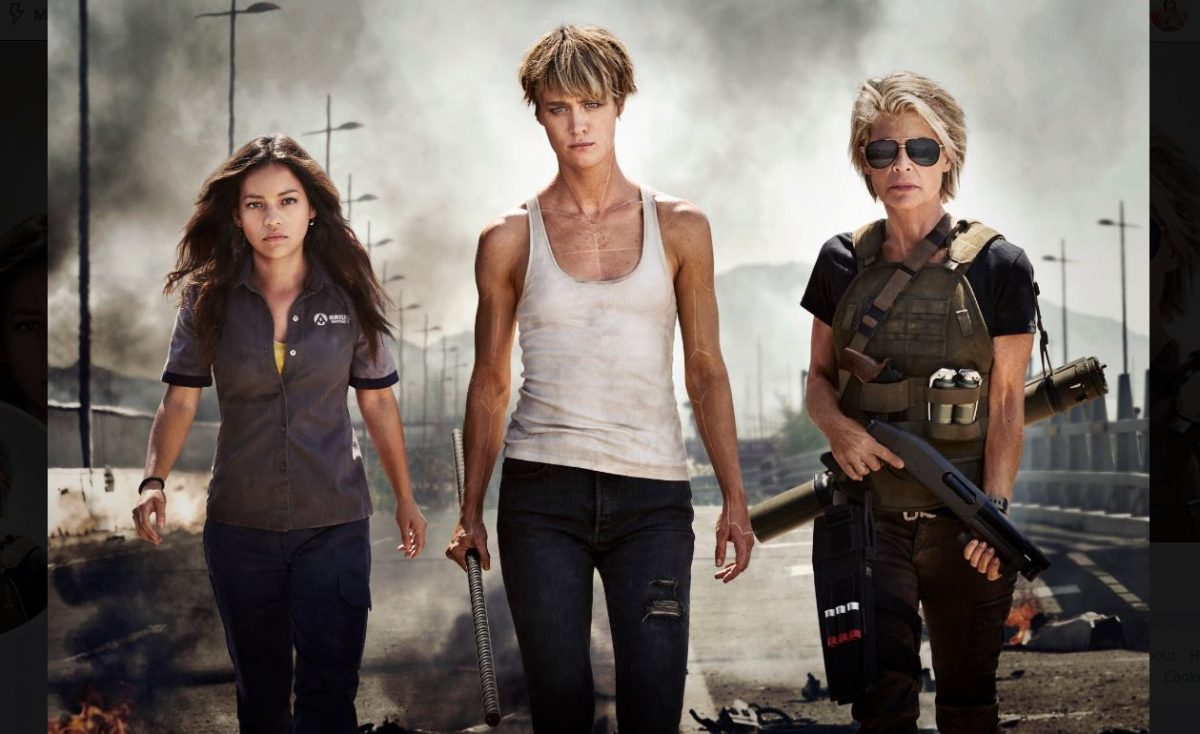 “Dark Fate” is a sequel to “Terminator 2: Judgement Day”, ignoring the events of the last 3 movies. (Photo courtesy of Paramount Pictures)

“Terminator: Dark Fate”, starring Mackenzie Davis as Grace, Natalia Reyes as Dani, Linda Hamilton reprising her role as Sarah Connor, and Arnold Schwarzenegger reprising his role as a retired Terminator, is technically the sixth entry in the “Terminator” franchise, however, it ignores the events of “Terminator 3: Rise of the Machines”, “Terminator Salvation”, and “Terminator Genisys”. In doing so, it sets out a new direction and future for the franchise, and one that is more exciting than post- “Terminator 2: Judgement Day” future before.

“Terminator: Dark Fate” focuses primarily on two new characters: Grace and Dani. Grace is a human with robotic enhancements that makes her powerful enough to take on Terminators. Dani takes on the role of the new Sarah Connor, in the sense that she must be protected to ensure a safe future. This formula aligns very closely with that of the older Terminator movies, and by bringing this focus back, “Dark Fate” thrives.

The action sequences throughout “Dark Fate” are simply incredible. Each one is unique from one another in a way that keeps the movie constantly engaging, they are extremely well-shot and choreographed, and there is a constant feeling of intensity radiating off the screen that makes them engaging. It feels like classic Terminator action upgraded to the current age.

Across the board, the acting is strong. There is a wide variety of displays of humanity, with Dani being the most human character and Gabriel Luna’s Rev-9 being the least, and each actor displays their required level of humanity perfectly for the role their playing. Some lines fall flat, especially classic ones that feel forced in, but each actor is clearly highly committed and involved, which pays off to excellent effect in the action scenes. Mackenzie Davis is especially a highlight.

The story, while certainly derivative of older Terminator movies and the hero’s journey trope in general, is interesting enough to supplement the stellar action. Outside of a shocking twist in the first five minutes, the story is mostly predictable and expected, however it is still mostly solid.

In many ways, “Dark Fate” is like “Star Wars: The Force Awakens.” It’s the first mostly solid entry in a franchise in a while with a long and storied history of questionable installments, propped heavily by nostalgia and the strength of new characters, with strong acting and engaging fight sequences, and a derivative but still engaging story. However, where “The Force Awakens” managed to take these elements and set a clear, strong path for the future of the franchise, “Dark Fate” feels a bit more like a one-off romp that takes place in that universe with some fun returning characters. While the story leaves a clear opening at the end for a sequel, it feels like the “Terminator” franchise is passed its welcome. It is still fun and engaging, but the excitement is now much less based on premise alone, and more because it is simply a good movie. This does not feel like a universe that needs to be continually revisited as it has been.

Additionally, when taking “Dark Fate” into the context of the wider Terminator franchise, some elements fall flat. An early plot twist feels like a spit in the face to the events of the first two Terminator movies, and Schwarzeneggar’s Terminators’ more sympathetic turn feels entirely out of place with what the franchise has established about Terminators as soulless killing machines.

As a standalone action movie, “Terminator Dark Fate” is a thrilling, engaging, well-acted film. However, as a movie tasked to live up to the legacy that is the first two Terminators, “Dark Fate” falls a little bit flat.