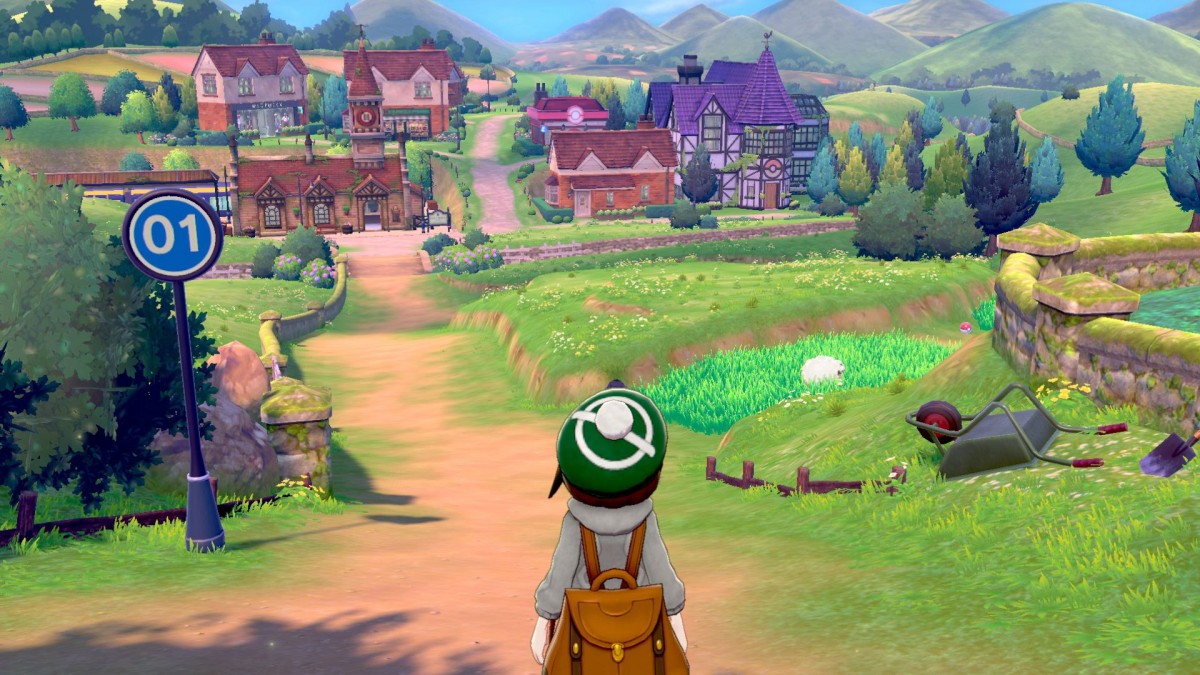 “Pokémon Sword and Shield” are the first mainline Pokémon games to ever be released on a home console. (Photo courtesy of Nintendo)

I have been a long-time fan of Pokémon. One of the first video games I ever played was a copy of “Pokémon Gold” for the Nintendo Gameboy Color that would not save, so I always had to leave my Gameboy running to beat the game. Ever since then, Pokémon has been a staple of nostalgic joy for me.

Last year, GameFreak released “Pokémon Let’s Go Pikachu and Eevee,” which faced wide controversy for its complete lack of difficulty and removal of wild Pokémon battles. GameFreak insisted that this game was meant to be a fun experience for kids and to test out the Nintendo Switch hardware, and that the next game would be for the hardcore fans.

This could not be further from true.

“Pokémon Sword and Shield” has cut the beloved National Pokédex feature, which allows users to transfer in any Pokémon from any older game. Instead, they will incorporate 400 Pokémon from the franchise’s history, about 40 percent of the total. This is already a significant reduction since all previous games had 100 percent of the Pokémon.

It takes a lot of work to animate 1,000 Pokémon, so it is understandable that they would have to eventually cut Pokémon from the games. However, the reasons they listed for doing so with this installment also do not hold water.

GameFreak said that they cut Pokémon to focus work on animations and on their new dynamax feature. An area of the game called the Wild Area features Pokémon free roaming in the wild rather than encountering them in the tall grass, and the dynamax feature allows Pokémon to become huge in scale during battle and amplifies their stats.

The animations in battle and in the wild are perhaps the worst that exist in a AAA console game. Exclusive games like “Breath of the Wild,” “Super Mario Odyssey,” “Luigi’s Mansion 3,” as well as ported games like “The Witcher 3: Wild Hunt” prove that the Nintendo Switch has the capacity to play stunning games. However, Pokémon move around in the world and fight in battles with animations that look directly ripped off from previous 3DS Pokémon games. The graphics look worse and the textures look blurrier than that of “Pokémon Let’s Go.” Pokémon rotate in place without moving their feet. The world stops moving when the player climbs ladders. There is no soul in these animations, it looks like a tech demo generated by a college sophomore video game design student.

The dynamax is even more egregious. This feature essentially allows certain Pokémon to become big mid-battle with elevated stats. Not only was the feature despised from announcement by wide swaths of the Pokémon fanbase, but the implementation appears to be worthless. A streamer playing through the game managed to one-shot a dynamaxed Pokémon League Pokémon after playing for only 14 hours, without dynamaxing his own Pokémon. Not only is the gimmick kind of lame, but it also does not seem to do anything for the game.

“Pokémon Sword and Shield” is a bastardization of the Pokémon franchise. The game can be beaten simply without grinding in 15 hours, while “Pokémon Red and Blue” released in 1996 takes an average of 17.5 hours when “rushed” per users polled on howlongtobeat.com. The graphics are a step down from the previous iteration of the franchise on the same console. The animations are ripped from the 3DS games, while looking like they belong at the beginning of the century. The one big gimmick does not do what it is supposed to do. And to accomplish all of this, they had to cut 60 percent of the Pokémon. And worst of all, it has all of these issues and cuts despite being on the most advanced gaming system a Pokémon game has ever been on.

If people continue to buy Pokémon despite these glaring, massive issues, then GameFreak will never try to do better. If they can sell tens of millions of copies of “Pokémon Sword and Shield,” then they know that they may never have to actually try on a game again. I will no longer support GameFreak as they continue to make the Pokémon franchise into a parody of itself, and I hope the rest of the fanbase follows suit.