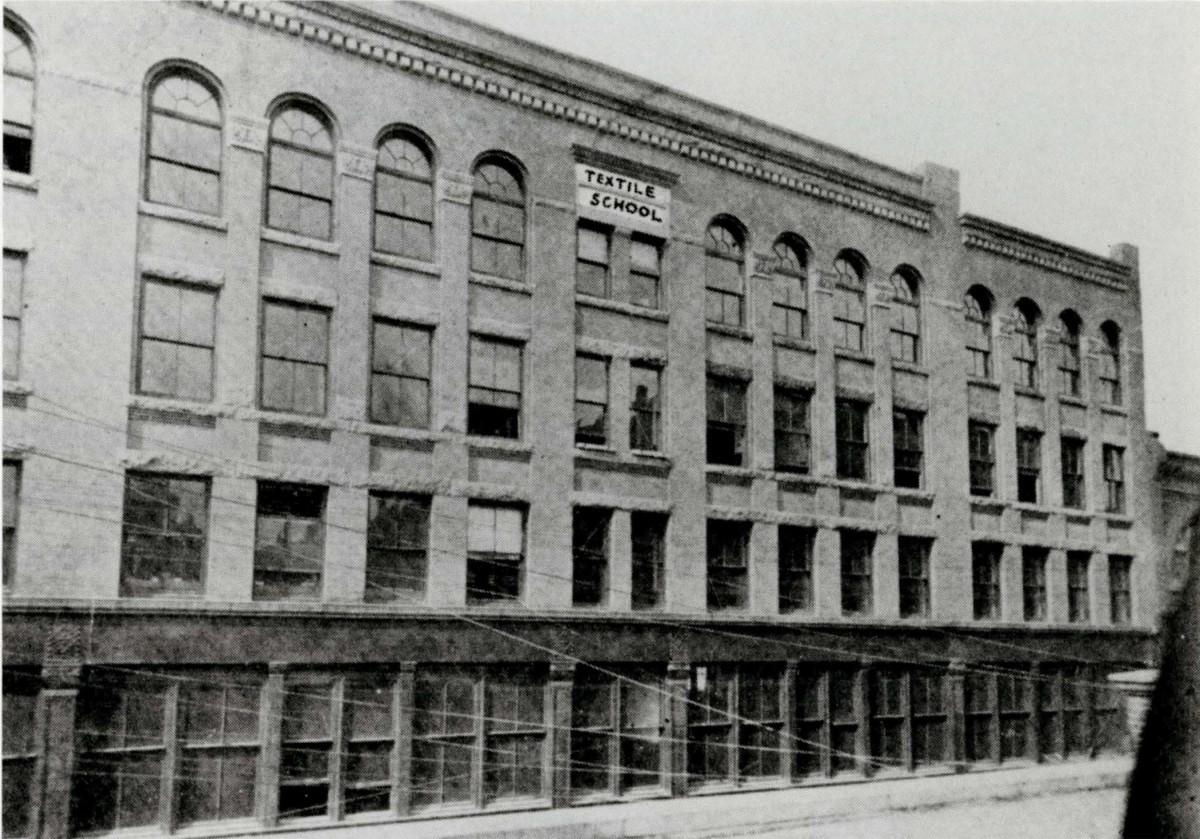 The Lowell Textile Institute opened its doors in 1897. (Photo courtesy of UMass Lowell)

With three campuses at UMass Lowell, it can be hard to keep up with where each one came from. Lowell Normal School became South Campus and Lowell Textile School became North Campus.

These students could choose from multiple three-year training programs in cotton or wool manufacturing, design, or textile chemistry and dyeing. These options were very different than Lowell Normal School across the river offering two-year elementary teaching degrees.

In 1903, the school’s campus was moved from Downtown to Southwick Hall named after Royal and Dierexa Southwick, who established the Lowell Carpet Company. Southwick Hall gave students state of the art laboratories and classrooms.

In 1913, Lowell Textile College granted its first bachelor’s degrees in textile dyeing and textile engineering. This was the beginning of engineering at Lowell colleges. This was quickly followed by near bankruptcy due to increasing demand for soldiers and textiles during World War 1.

In 1929, the school was renamed Lowell Textile Institute to reflect its evolution to becoming a trade school. During the second World War, the school followed a similar path as during the first, nearly going bankrupt with only about seventy students.

In 1953, the school was renamed Lowell Technological Institute. This new name came with new programs in liberal arts, plastics, leather, paper, and electronic technologies. Soon after, in 1956, a bachelor’s degree was created for engineering.

Two dormitories, Smith and Eames, were built in 1947 that are no longer there today. In 1967, East Campus was created with two new dormitories that are still around today, Leitch and Bourgeois. This was followed by Lowell Technical Institute Dormitory in 1973 that is now known as Fox Hall, one of the tallest buildings in Lowell.