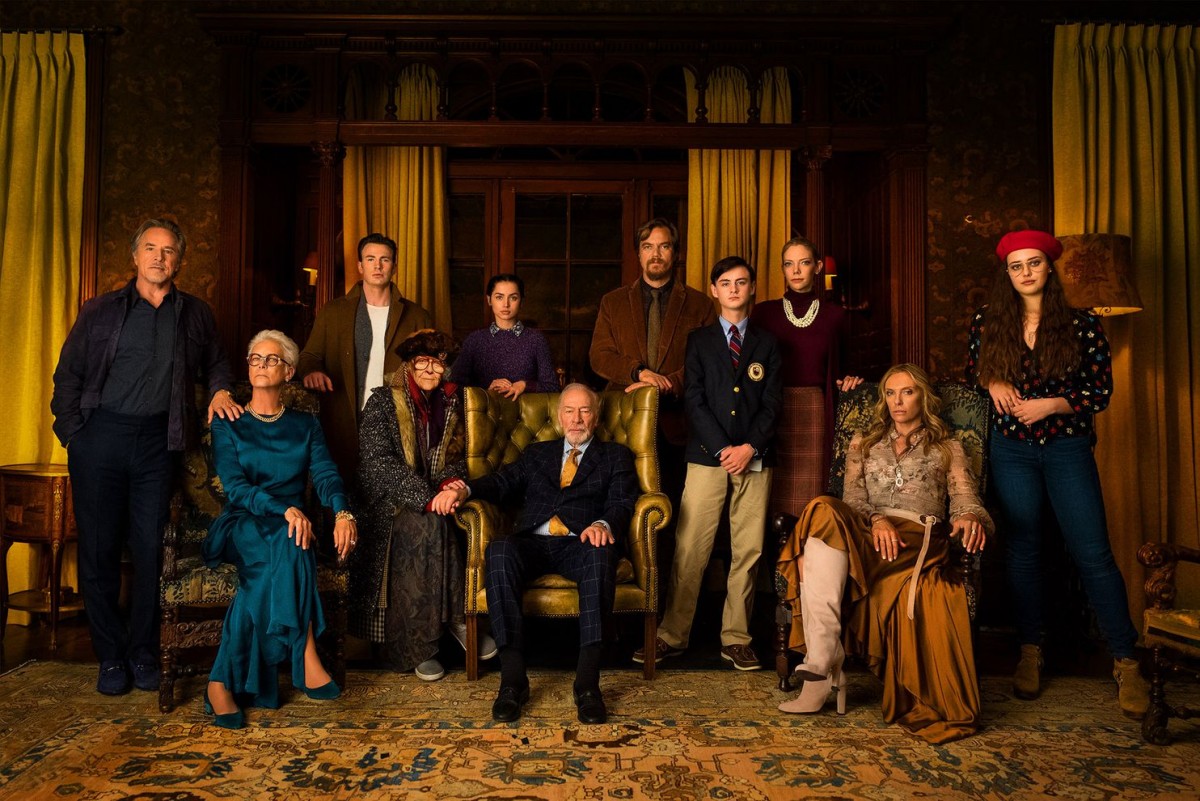 “Knives Out” is directed by Rian Johnson, the director of “Star Wars: The Last Jedi.” (Photo courtesy of Lionsgate)

“Knives Out” is a murder-mystery whodunit directed by Rian Johnson starring a large A-list ensemble cast including Daniel Craig as the investigator Benoit Blanc, Chris Evans as Ransom, Ana de Armas as Marta, Jamie Lee Curtis as Linda, Michael Shannon as Walt, Don Johnson as Richard, Toni Collette as Joni, LaKeith Stanfield as Lieutenant Elliott, Christopher Plummer as Harlan and Katherine Langford as Meg. It follows the investigation of the death of the patriarch of an extremely wealthy and dysfunctional family, to uncover who was ultimately responsible for his death.

Put most simply, “Knives Out” is a must-see in every sense of the word. The cast all bring their “A” games to create a truly believable family, and they make it easy to dissociate their faces from their iconic roles in the past and instead associate them with their characters in this movie. Chris Evans does a particularly excellent job at this: it is easy to just see him as Captain America, but in playing a character who is a bit of a jerk, he manages to stand out from being type casted.

However, where “Knives Out” truly shines is in pure entertainment value. This is one of the most entertaining movies to be in theaters in a long time, especially in the realm of original, non-franchise movies. The central mystery takes lots of unexpected twists and turns that keep it engaging, while still ultimately ending in a believable and consistent way. Occasional slow pacing hinders it a tiny bit in this regard, but not enough to really take away from how entertaining it is.

The central story, while not particularly original due to the nature of a whodunit, is incredibly interesting to watch play out. Balancing the story with flashbacks to the night that Harlan was murdered, and the unfolding investigation adds a constant area of mystique. It almost feels like the audience is the investigator themselves, uncovering clues as they come along.

While the story starts out in traditional whodunit style, it takes an interesting turn in the second half, when the mystery is seemingly uncovered early on and the movie takes on a more thriller tone. This half of the movie struggles a little bit with a lack of a sense of direction for a bit but finds its footing again rather quickly.

Underneath the whodunit and thriller story is also the story of a dysfunctional family grappling with the death of their patriarch and how they will go forward from here. Reveals regarding the patriarch’s inheritance and his dynamics with certain family members are not just fascinating, but also incredibly realistic in a way that really enhances the movie.

While the eventual final reveal may come a bit predictable to some, it is written in a more shocking way than expected in the movie and they really manage to sell it hard. The final stretch of the movie leading up to and uncovering this reveal is among the best moments of the movie. The tension that the actors and director manage to build throughout these scenes is stunning.

While the slightly slow pace prevents “Knives Out” from being a full-fledged masterpiece, the world class acting and directing elevates it to become one of the best movies of the year. It is entertaining, it is funny, it is emotional and it is truly engaging in every sense of the word. There is something in here for everyone to enjoy no matter what their tastes in movies are. It is a must-see, and anyone who thinks they might like it even just a little bit should try it.