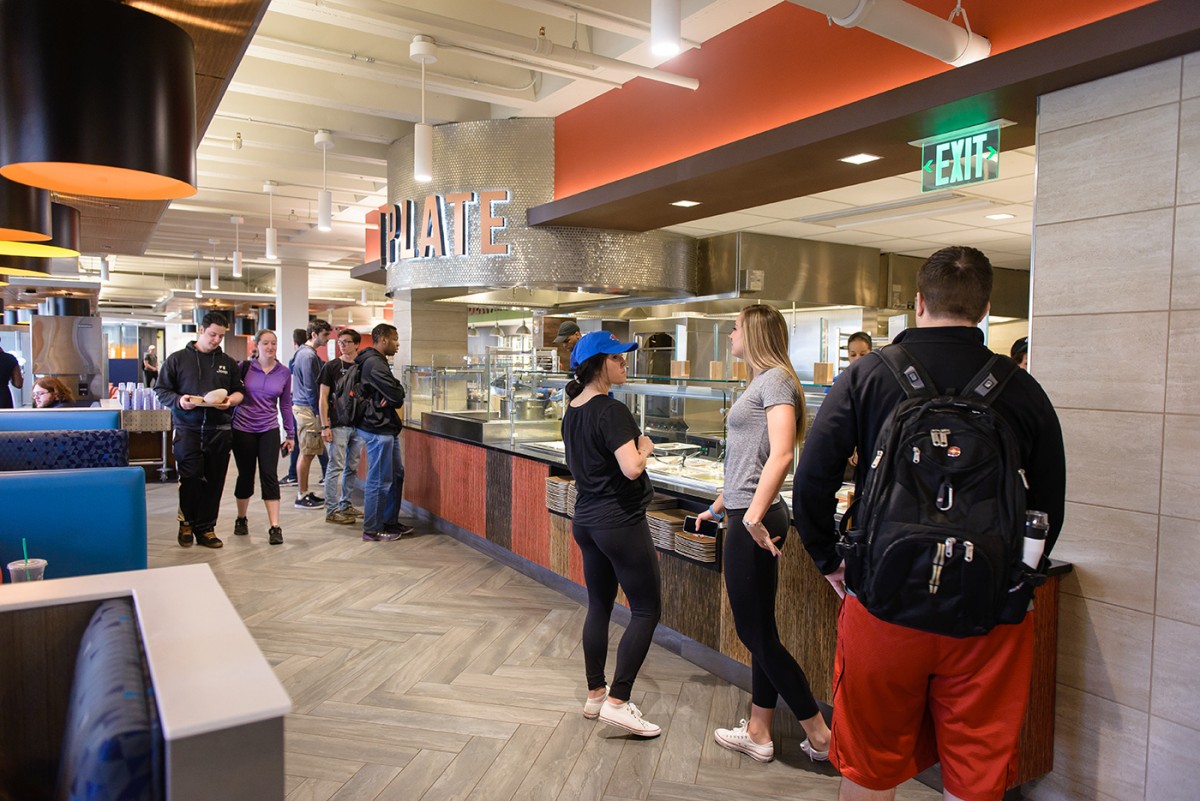 Last spring, UMass Lowell dining halls underwent a reform that was supposed to fix issues with food quality and service in a location. Flyers were hung all around campus saying, “We hear you, we care.”

At the time, many students said they were skeptical about the long-term viability of the changes. This past fall, their skepticism was validated as numerous reports about poor food quality came from all over campus.

Now, the university has put its foot down, demanding that Aramark must fix the issues, or the school will terminate their contract.

Among general health safety concerns, students at dining halls and retail locations all over campus were reporting undercooked food, dirty or infested produce and poor quality. Except for the recalled broccoli, which was recalled nationwide, Siegel says all of these issues were the fault of Aramark, not the suppliers.

“I believe that there wasn’t enough quality control,” Siegel said. “The frustrating thing for me, that I have expressed repeatedly to Aramark, is the number of people that something like [dirty dishes or unwashed food] has to go through before it gets to the student.

Siegel and Joanne Yestramski, the senior vice chancellor of finance and operations, wrote a letter to the executives at the Aramark corporation on Dec. 19, addressing the concerns by saying that the university was considering all options to fix the issues “up to and including termination of our management agreement.”

Aramark responded around New Year’s and they were receptive to the letter, said Siegel.

During winter break, Siegel said that the university met with Aramark’s corporate president and regional vice president at least three times and for hours on end. In these meetings, they spoke about the problems and how serious the university is about fixing them.

“[Aramark] should have fixed the problems, and they are expected to maintain sustainable solutions. This is not something that you fix for a month. These things have to be fixed forever. That is forever with a capital F,” Siegel said.

Over the break, Aramark made multiple changes. Some changes included changes to personnel, including hiring three new chefs and a new director of operations to maintain the student experience. Many changes revolved around food safety like moving the True Balance allergy station to its own area to prevent cross-contamination and new training for employees focusing on food health and safety protocols.

Although the process of finding a new food service provider for a campus with as many dining and retail locations as UMass Lowell would prove arduous and full of complexities, Siegel said, the university stands by its statement and will pull out of the contract should quality and service not be maintained.

“I would encourage students to know who the managers are wherever they primarily eat and to feel comfortable to initiate good and bad feedback,” Siegel said. “I would be very angry – not even, disappointed – if the student didn’t feel heard, or it wasn’t even immediately addressed.”

Siegel also encouraged students to use the new Voice of the Consumer system, which sends live updates to the manager on duty, the director of operations, and the Student Affairs office. Unlike previous versions of the system where feedback was only seen at the end of the day, this new system ensures that problems are addressed immediately.

On top of that, Siegel said he also encourages students to email him at the Student Affairs email (Student_ Affairs@uml.edu). Siegel said that anytime a student has an issue, he wants to hear it.

“I may not be the one to run out and do it, but I am the one to make sure that someone is going to do it,” Siegel said.

Siegel’s only request is that students keep their feedback current. He said it makes it hard to address issues if they are being sent photos that are a year or two old.