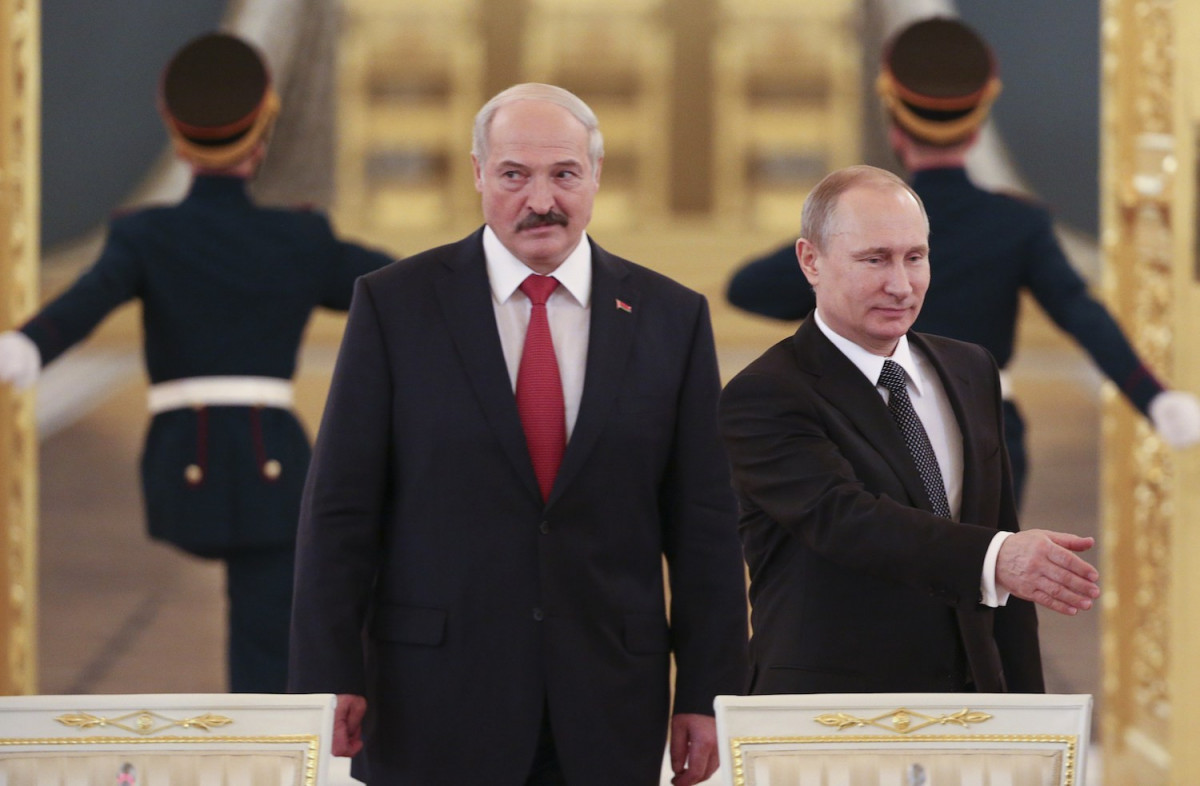 (Sergei Karpukhin/AFP/Getty) Russian President Vladimir Putin, right, and his Belarusian counterpart Alexander Lukashenko walk in as they attend a session of the Supreme State Council of the Union State at the Kremlin in Moscow on March 3, 2015.

When Belarus President Alexander Lukashenko was elected for the sixth time in a row since 1994, Protests occurred in the capital city of Minsk. Although he claimed to have won 80% of the vote, critics have said that the elections were rigged in his favor. Belarusians were dissatisfied with who they viewed as “Europe’s last dictator” and protested in favor of a more democratic form of government.

Women donned white and wore flowers in their hair to signify their desire for a peaceful resolution. However, according to the United Nations High Commission for Human Rights, the police detained about 6,000 Belarusians (including journalists, bystanders and minors) and sent them to detention centers, where they reported countless instances of abuse. Beatings, threats of gang rape and no food were among the “widespread torture” Belarusians faced, as reported by Amnesty International.

One of the protestors, Maria Kolesnikova, tore apart her passport when the Belarusian government tried to forcibly deport her to the neighboring country of Ukraine. The police took her back to Belarus, where she is now awaiting trial. Svetlana Tikhanovskaya, the opposing candidate for the elections, fled to Lithuania for the safety of her children. The former English teacher and translator had no background in politics until her husband, popular blogger Sergei Tikhanovsky, was arrested. She is seen as the hope and future for democracy in Belarus.

Belarus’ freedom of religion is also under attack, as seen in an incident, where police have barred entry to the church of St. Simon and St. Helena in Minsk, preventing people from either entering or leaving the church.

“As the leader of the Conference of Catholic bishops in Belarus, I declare a firm protest against unlawful actions of those in power, whose job is to protect the basic human rights of its citizens, in it the right of worship and non-interference in doing so, guaranteed by the legislation of the republic of Belarus,” said Tadeusz Kondrusiewicz, the archbishop of Minsk.

He went on to say that people have a right to enter a church as they please and preventing that is a violation of the rights of believers and freedom of worship.

At the moment, human rights activists are in the process of preparing an appeal to the UN Committee Against Torture over the violence towards protesters and the mistreatment of detainees.