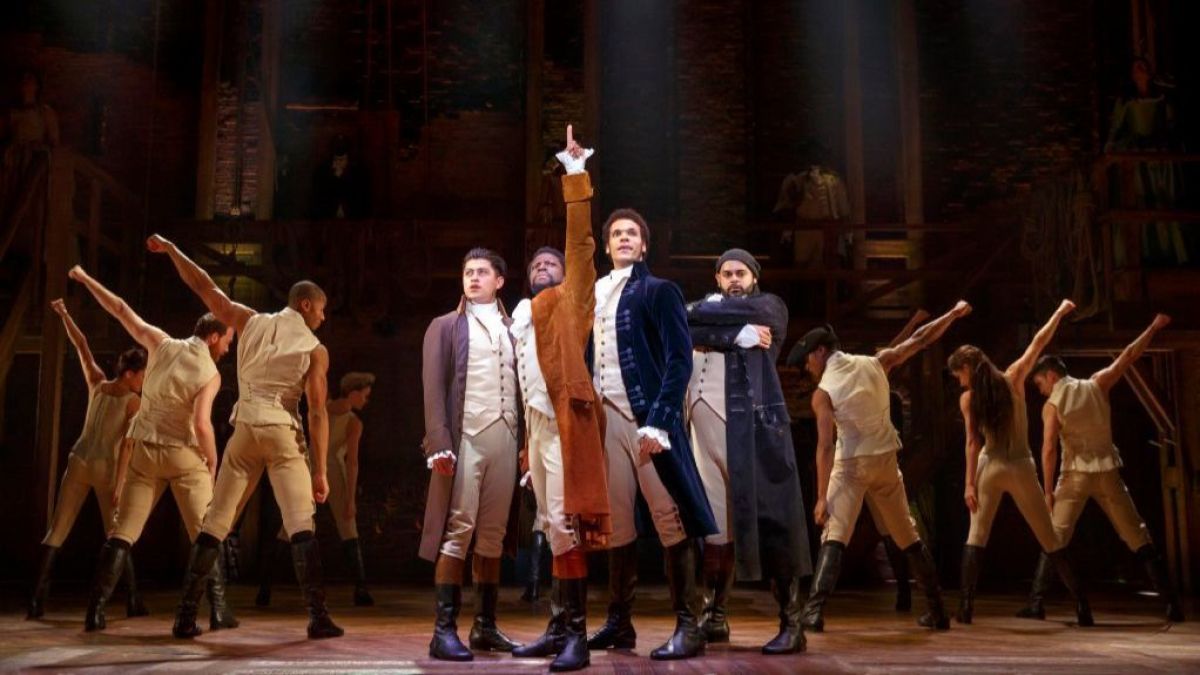 (Joan Marcus/ LA Times) With the use of hip-hop, rap and songs of other genres that will be stuck in the listeners’ heads forever, Miranda demonstrates where the story of Alexander Hamilton started and where it unfortunately ended.

“Hamilton” is a tale of freedom, politics, and the many trials and tribulations of life. This production is created by composer, producer and playwright Lin-Manuel Miranda. “Hamilton” takes viewers on the journey of the ever-so ambitious Founding Father, Alexander Hamilton. With the use of hip-hop, rap and songs of other genres that will be stuck in the listeners’ heads forever, Miranda demonstrates where the story of Alexander Hamilton started and where it unfortunately ended.

For those who are not especially fond of theater or even those who are and do not mind watching it over and over, Disney has graciously added a movie version of the musical to its new and popular streaming site, Disney+ on July 3, 2020. This way, the modernized history lesson can be viewed by anyone who is willing to give it a chance. The filmed Broadway production boosted the number of Disney+ downloads by 74% the first weekend that it was put out.

If anyone is wondering why they should watch a musical about this specific “Ten-Dollar Founding Father,” its appeal is definitely in the music, the juicy 1700s drama, the historical puns that you will only understand if you were awake in history class (but you laugh at them anyway), the talented cast that brought those monotonous history lessons to life, and the fact that they even throw in a few cuss words here and there, which gives off a more laid back and contemporary feel to it. However, to reiterate, the music is what truly brings history buffs and musical enthusiasts together. The “Hamilton” soundtrack has over 100 million streams on Spotify alone, as of August 2020.

One of the most notable aspects of this production is the strong diversity of the cast. Young boys and girls watching this on Disney+ will see people on their television screens that look just like them. Miranda did a stellar job at painting the stage with all colors. Just because the real men and women they are depicting were white, the people that fill these roles do not have to be. Christopher Jackson, who played George Washington in the original Broadway production, said, “It was a very powerful choice to take the idea of these men and present them through the bodies and vessels of black and brown actors.” The final number, “Who Lives, Who Dies, Who Tells Your Story,” targets the concept that this is a story about America then told by America now: a diverse melting pot of people of every color and cultural background.

Disney has truly struck gold by picking up this production. Events that would naturally bore anyone half to death are illustrated in such an accurate and diverting way that it can be enjoyed by all people and all ages. Even the way it was filmed gave it the sense of an actual movie more than a staged show. Viewers get to see everything so up close and personal that it might even beat being there in person. All in all, the Disney+ film version of “Hamilton” was a magnificent way to bring Broadway into the homes of millions of families during this quarantine season and bring some joy amidst such difficult times.