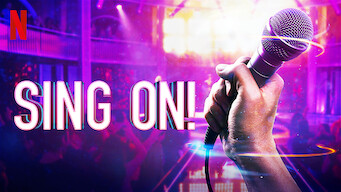 Those who need to listen to some good music while also sitting back and enjoying the thrills of a game show will look forward to “Sing On!” A brand-new offering on Netflix, “Sing On!” brings in talented singers competing against each other for a cash prize of up to $60,000 by singing to the beats of songs, karaoke-style.

Hosted by “Unbreakable Kimmy Schmidt” actor Tituss Burgess, “Sing On!” takes place in front of a live audience, complete with a club theme and neon lights all over the place, making a great setting for a fun time with karaoke. Six competitors are introduced to the viewer and the show highlights various facts about each contestant, such as their occupation, to get a sense of background as to where they come from and to get to know them a little better.

Afterwards, the host lays down the premise of the show: the contestants sing the lyrics to a pre-determined song. The chosen songs are based on the given theme of the episode, such as “Party Playlist” or “Country.” They earn money towards the jackpot by singing as closely as they can to the original artist that produced the song. The more accurate the vocals, the more cash earned. Each singer has various parts of the song designated for them to sing, so they must keep on their toes to not miss out on any lyrics shown.

Once the song is over, the person with the most accuracy out of all the participants gets to move on to the next round of the show. The participants who did not get chosen to move on must instead vote off one person to be eliminated from the competition. Their reasons for voting off a fellow contestant can vary from being the least accurate singer, to being potential competition later on in the game. This process continues on until there are two singers left in the game. The final two must face each other in a final sing-off and the contestant with the most accuracy in the last round wins the game and all the jackpot money that is accumulated throughout the episode.

Throughout each episode, the host also offers various cash prizes to players for performing various tasks during the songs. The contestants get to keep this money even if they are eliminated. These tasks range from having the best performance of the song while also making a great presence on stage, to keeping a “golden note” up during one part of the song. While these incentives for rewards may only seem like they are put in place to make the performers stand out from one another on stage, it gives the singers more motivation to give a good performance.

While the show is relatively simple and nothing too different from any other game show, it also differentiates itself from other singing competitions that focus on improving potential performers under a certain and well-established coach, such as “The Voice” or “The X Factor.” Unlike those shows, “Sing On!” is a show that can be watched at any episode and the viewer will understand the premise of the show almost immediately. They will not get lost over anything that they do not know because each episode is entirely independent.

The vibrant setting of both the set and Burgess’s enthusiasm contributes towards the show’s energy. Combine that with the simple premise and talented singers showing off their best vocal work, and it creates a surprisingly good take on a combination of a game show and a singing competition. Even though it does not offer anything too different from any other type of show similar to it, it still makes a good viewing and a wonderful showcase of singers who want to be heard by both the audience and the viewer.