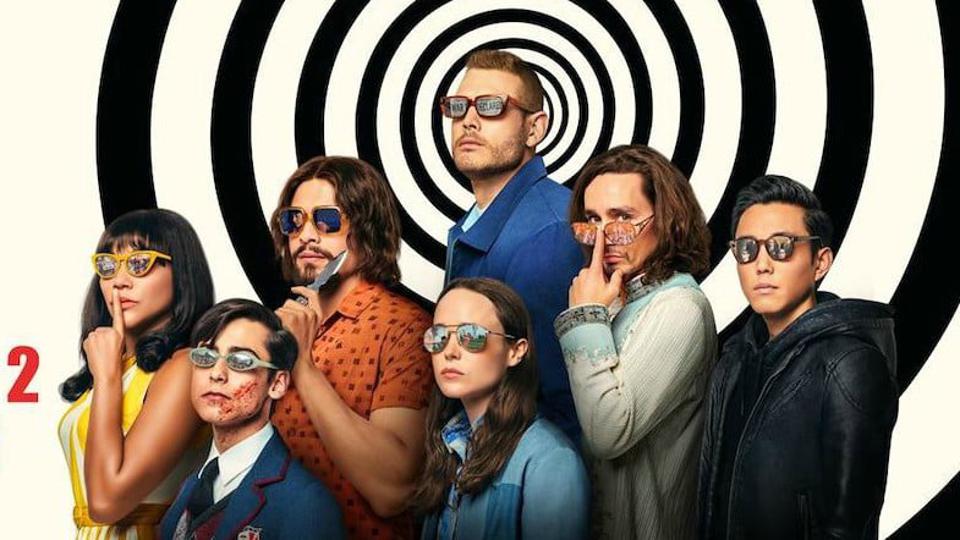 “The Umbrella Academy” is loosely based on a collection of graphic novels and comics that were written and created by My Chemical Romance lead singer, Gerard Way. The show received an 82% rating from Rotten Tomatoes, an eight out of ten from IMDb, and a four out of five from Common Sense Media.

The first episode of “The Umbrella Academy,” titled “We Only See Each Other at Weddings and Funerals,” came out on February 15, 2019 on Netflix. The show is based around the story that on one day in 1989, forty-three infants were born to random, unconnected women that all showed no signs of pregnancy beforehand.

Seven of these children were adopted by Sir Reginald Hargreeves, played by Colm Feore, who considered them his children and created the Umbrella Academy. Hargreeves wants to train these children to save the world, as the children show signs of unusual abilities. The children each receive a number and eventually decide on their own names as children.

Luther, played by Tom Hopper, has gorilla strength and is nearly invincible. Diego, played by David Castaneda, can manipulate thrown objects and cause them to defy physics. Allison, played by Emmy Raver-Lampman, can “rumor” anyone into doing as she chooses. Klaus, played by Robert Sheehan, can communicate with the dead.

The fifth child never receives a name because he disappeared when he was a child, therefore he is known simply as Number Five. Played by Aidan Gallagher, he can travel through space. Ben, played by Justin Min, possesses monsters under his skin and can bring them out.

Vanya, played by Ellen Page, is believed to have no powers at the beginning of the first season. By the final episode of the first season, viewers learn of Vanya’s true powers and what happened when she was a child that changed them.

After the death of Ben, the teenage siblings distance themselves from each other and go off into the world to live their own lives. Years later, Hargreeves dies suddenly, and his adult children return to the Umbrella Academy to see his burial. As the death of their father remains a mystery, the team decides to work together to solve the mystery.

The first season ends on “The White Violin,” a cliffhanger episode that left many viewers on the edge of their seats as the Hargreeves siblings prepare for the worst. The second season launched on Netflix on July 31, 2020. The first episode, “Right Back Where We Started” started with all six siblings being separated and in search for each other.

Season two started in the 1950s and 1960s in Dallas, Texas. Each sibling landed in a different year in the same alleyway until Number Five, the last to arrive, went to search for his siblings. By the time Five arrives, many of the siblings have created new, separate lives and only a few still want to be found.

The Hollywood Reporter lauded season two of the show, saying it was “full of breathtaking visuals and stultifying characters.” The second season finished almost as quickly as the first, leaving much to the imagination. The season ended on a cliffhanger with “The End of Something,” just as season one had the year before.

The second season had a few repeat storylines to those of season one, despite the change in location and additional characters. It was rated four out of five stars by the Radio Times, who said that “despite some familiarity, [the show’s] brand of charming fun can’t be beaten.”

Many viewers will be keeping their fingers crossed for a season three, which has not been confirmed by Netflix just yet. If season three is confirmed, it is expected to come out in early 2022.