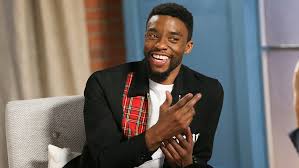 (Katie Jones/Variety/REX/Shutterstock) Boseman had wisdom and an understanding of life that would be beneficial for most individuals, but especially to those within the Black community. He ultimately had encouraged many to sincerely look at the surrounding society and help make changes for the better.

On August 28, 2020, during a year that feels never-ending, another obtuse pill was given to society to swallow — the passing of world-renowned, critically acclaimed actor Chadwick Boseman. He joins a group of significant pop culture figures who also passed this year, all in ways that felt sudden, tragic and simply, painful. This group includes Kobe Bryant, Naya Rivera and Pop Smoke. Their legacies are what people draw on, or even long for, when days get tough or nights get long.

Boseman seemed to always have an affinity for the arts, as his involvement started when he was attending high school in South Carolina. He was drawn to cement his first foot in a prestigious career in the arts after the death of a classmate, leading him to write his first play during his junior year. Since then, his ascension into stardom was steady and meaningful.

He attended Howard University in Washington D.C. where his impact was resounding. So much that he would return to give a commencement speech to the graduating class of 2018.

As he would do frequently, during his speech, he drew on one of the auditions he had in 2002 back when his career was just starting. He was cast to play a role in an aspiring soap opera, a role that would surely lend him some desired exposure. However, the opportunity was halted by prejudice and stereotyping, as Boseman wanted to fully dive into his character’s past in an attempt to perform as well as possible. The production company of the show, however, wanted Boseman to only fit the description of a troubled youth with a criminal history.

After inquiring about the potential of his character, his opportunity was revoked and he was fired. This was Boseman’s first tangible experience with the ugly underbelly of discrimination in the film industry. That did not deter him from his aspirations, nor from his destiny.

Boseman has been rewarded for his conviction when playing his roles, many of which were of high expectation as they were some of the most instrumental figures in Black entertainment and Black culture. The roles of electric entertainer James Brown, civil rights era icon Thurgood Marshall, pivotal societal influencer Jackie Robinson and Prince T’Challa in one of the most impactful movies in contemporary society, “Black Panther”, were all played by Boseman in a manner nothing short of excellence.

His prestige is cemented in his five awards for his performance in “Black Panther” alone, those including the Screen Actors Guild Award for Outstanding Performance and the NAACP Award for Best Actor. Notably, when Boseman accepted these various awards and honors, people all around the world could see his profound and educated nature from beyond the screen.

His presence was so revered that he was given the honor of delivering a commencement speech for Howard University’s graduating class of 2018 where his ability to uplift and inspire was on full display. Encouraging, inspiring and enlightening students who were experiencing one of the most important moments of their lives, Boseman discussed some of the turmoil students face in pursuit of their dreams.

His eloquence was received on all levels without loss of a central theme: there is more work to be done, but be proud of all that you have accomplished. This message is also applicable to students within our university and beyond.

At a time when society is taking a solid look at its past racial, discriminatory and oppressive treatment of minorities, especially Black people, people look for change, which Boseman epitomized. His ability to captivate and inspire by fully becoming the magnificent, poised, respectful and dignified character that is T’Challa, the Black Panther, was lost on none.

Off-screen, Boseman remained conscious, profound and humble, a demeanor that resonated with Black communities throughout the nation.

The true sense of an intellectual, Boseman had wisdom and an understanding of life that would be beneficial for most individuals, but especially to those within the Black community. He ultimately had encouraged many to sincerely look at the surrounding society and help make changes for the better.