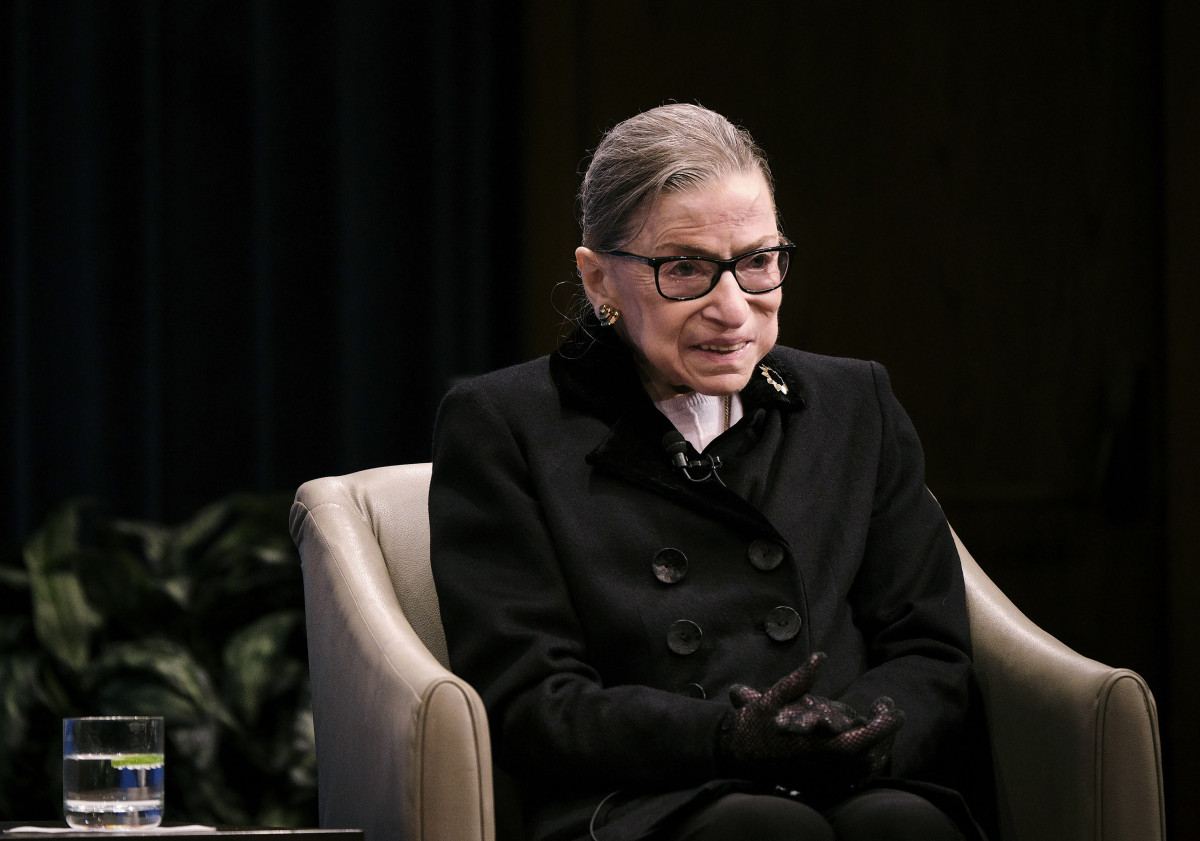 Rosh Hashanah, the start of the New Year for Jews worldwide, in 2020 marked the death of visionary Ruth Bader Ginsburg. And so, the new year, where one eats apples and honey to symbolize a sweet year, was bittersweet for many. With Ginsburg’s passing, many mourn for her and the life she led as a lawyer, judge and advocate.

According to Jewish tradition, one who passes on Rosh Hashanah is considered a tzaddik, which is a righteous person, fitting for the Notorious RBG. She exemplified Jewish ideals, to live a good life, based on good actions.

It is hard to write about Ginsburg’s death. Nearing 100 years old and even up to her death she seemed an unstoppable force. In the last decade, the last one-third of her Supreme Court Career and only one-sixth of her legal career, she has had a surge of popularity surrounding her legal career and position on the Supreme Court. Playfully dubbed the “Notorious RBG” by a legal student, after rapper the Notorious B.I.G., she embraced the moniker and her newfound fame, most notably around her dissent on several significant cases.

In popular imagery, she was found wearing her dissent collar even though she had several collars depending on the case. She used her accessories as deliberate statements. She did not shy away from her femininity, embracing her womanhood and denying that it made her less professional. Most of her career was dedicated to gender equality and she has been widely recognized as a feminist icon.

She was an eloquent and passionate figure, standing heads above her peers of both genders in part because of the required exceptionalness expected of minority figures — Ginsburg was a Jewish woman — and partly due to her driven nature. Ginsburg attended law school at the same time as her late husband.

When he fell ill with cancer and with a young child at home, Ginsburg took on the burden of running the household on top of keeping up with her schoolwork load, as well as her husband’s, collecting notes for him from his classmates and writing up his dictated essays. With this extra burden and though discriminated against by the very institution that she attended, she excelled in her classes as a law student.

This did not prevent law firms from denying Ginsburg employment on the basis of her gender. Facing repeated rejection despite graduating from Harvard Law, she turned to academia. A professor at Columbia Law during the civil rights movements of the 1960s, even then was Ginsberg an advocate of equal rights. She co-founded The Women’s Rights Law Reporter, the first legal journal to focus exclusively on women’s rights in the U.S., in 1970. In 1972, she co-founded the Women’s Rights Project at the American Civil Liberties Union.

As those who worked with her could attest, she was meticulous in her writing and speech, and she strategically plotted the course to take to dismantle gender discrimination before the Supreme Court.

“The Basis of Sex,” a biopic film released in 2018, tells the beginning of her career and the most famous and surprising of these cases she presented before the Supreme Court. As presented in the movie, the words “woman” and “freedom,” were not in the constitution at the time, a representation of the precedent Ginsburg set with her interpretations of the law that would guide future legal cases.

Though she refused a job as an assistant to a Supreme Court justice when she was seeking employment after graduating, in 1993, Bill Clinton nominated her to the Supreme Court, where she became the second woman to hold that position. Up until her death, she faithfully served the court she petitioned several times as a lawyer.

As the court political leanings shifted, Ginsburg moved from a well-known moderate to one of the more liberal Justices. She had often been the deciding vote on numerous civil right Supreme Court cases, and the precedents she set before her tenure as a justice influenced the court’s rulings.

It is impossible to ignore the effect Ginsburg has had on the world, pushing for the destruction of barriers and the equal treatment of all regardless of gender. In death, she is the first woman to lie in state at Capitol, as well as the first Jewish American.

“My most fervent wish is that I will not be replaced until a new president is installed,” she said on her death bed.

Considering the discrepancies between the majority of the Senate’s attitudes at the time of her death compared to their reticence when Justice Antonin Scalia, a friend of Ginsburg’s, died in 2016 during Obama’s presidency and denying Obama’s nominee, it is highly unlikely her dying wish will be respected. Trump himself said he would push for a nomination as soon as Sept. 26 and Senate Majority Leader Mitch McConnell signaled support for a swift nomination.

It is unfortunate that for a person who had spent much of her life fighting for the good of this country, her death could lead to its unraveling for many citizens. Trump has already undone certain protective measures in his first term as president, and even if he does not get elected again in November, the harm he could do by appointing a conservative justice would extend beyond his presidency and ripple out into the next thirty years. The legislation Ginsburg voted on could be undone and the spirit of her career ignored.

Regarding how she would like to be remembered, Ginsberg said, “(As) someone who used whatever talent she had to do her work to the very best of her ability. And to help repair tears in her society, to make things a little better through the use of whatever ability she has.”

Fitting for a tzaddik, and an example to us all on how to live our lives, doing whatever we can with what talent we have to make things a little better than we left it.