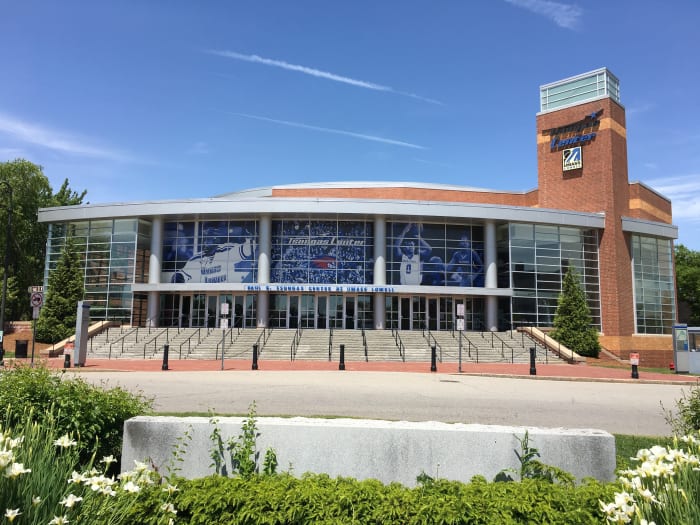 Sports are returning to campus at UMass Lowell. While the university is unsure as far as how many fans will be allowed to attend home games, the school announced on October 27 that they would be launching the “United in Blue, United as One” campaign. The university has set a goal of raising $150,000 to show appreciation “for 15 consecutive semesters of a combined departmental grade-point-average of over 3.0.”

“Our student-athletes have demonstrated incredible flexibility and resiliency since the start of the pandemic. We are committed to providing the resources necessary for all of our student-athletes to be successful, and we are offering our supporters the opportunity to assist us with providing that support,” said Director of Athletics Peter Casey.

People who donate $100 or more will have the opportunity to upload a photo that will be turned into a cutout and placed inside the Tsongas Center for the upcoming 2020-2021 hockey season. Fans will have a photo of their cutout emailed to them throughout the season. They will also have a chance at winning a prize at every home game.

As of the time of this article, the River Hawks basketball team will be the first to return to action with a home game against the University of Vermont on December 19, with a time to be determined at a later date.

The Hockey East Conference announced last week a plan to start play as early as November 20,  but the schedule has yet to be released.