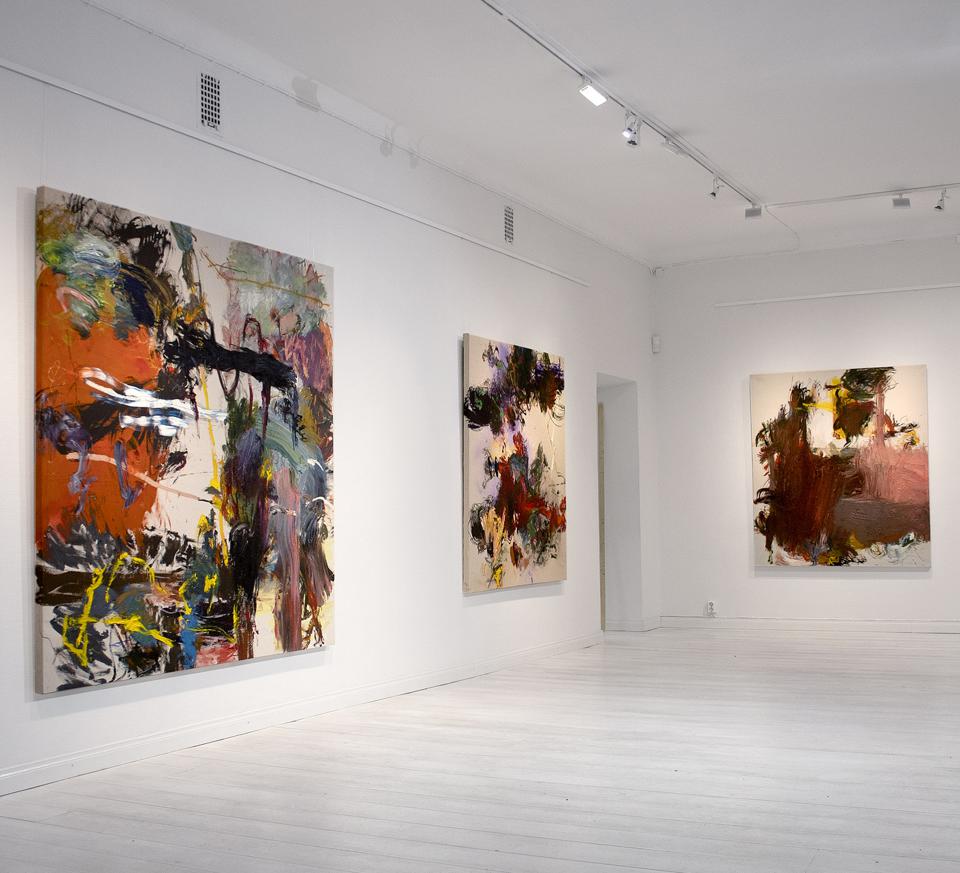 During the COVID-19 pandemic, Lowell’s art community has sustained significant impacts while undergoing complicated changes. Members of the art community said that they have confronted innumerable challenges. The state forced many galleries to close to the public, and those that have reopened, operate at reduced capacities.

Despite these limitations, the art community has found new ways to make art accessible. Defying the adversity brought on by the pandemic, members of Lowell’s art community continue to create as a way of connecting, coping and inspiring. Many members are UMass Lowell art students and artists at local galleries.

“Other organizations, I don’t believe they’ve had receptions because it’s more difficult in a tight space,” said Jim Dyment, the executive director at the Brush Art Gallery and Studios.

Dyment said organizations within Lowell usually unite and try to coordinate exhibitions to share an audience and bring a variety of arts to the community. However, because so many organizations have closed or canceled their events, there has been much less collaboration.

“We’re lucky that we can monitor how many people come into the building, so we don’t exceed 25 people at one time. We were able to have two receptions so far, but I think that’s a problem for other organizations,” said Dyment.

Quarantine practices have caused levels of collaboration and traffic in the galleries to decline, leaving artists somewhat out of touch with the public. “Artists that have rented space don’t have access to public audiences,” said Dyment. “That’s the whole reason why we have galleries and studio space, for people to visit.”

Because public safety requires social distancing, Dyment says the art community is developing solutions that allow proximity and connection to prosper while also maintaining physical distances. Galleries have begun hosting outdoor events which has made art available to the public again without compromising social distancing practices.

The Brush Art Gallery and Studios has adapted the physical artwork from their gallery into an online exhibit available on their website. Some of the artists said that they began hosting online art classes via Zoom as a means of connecting with others and to generate the funds necessary to make a living.

“Time has a way of working as a great filter,” said UMass Lowell art professor, Jennifer Cadero-Gillette. “Because we have the internet, artists’ work can become public. It’s not a question of somebody working away in a studio and no one’s going to see their work until it reaches the public at a much later date. Now, people can get things out right away.”

At the university, Roehr says art students are proving themselves as valuable, outspoken members of the art community. They have begun using the COVID-19 pandemic and the current social movements, such as Black Lives Matter and Abolish ICE, as subjects for their work.

The production of art influenced by the pandemic carries potential to inspire the public. “Look at incredible arts made before, and there were pandemics [then]. [The pandemic will] greatly shape some of the way people work,”  said Roehr.

“Anything can happen in the world that [seemingly] doesn’t impact the arts,” said Roehr. “People in the creative arts take that up and find either a creative spin or a way to make sense of it.”

Dyment says local artists are using the trials of the pandemic to inform their work. “Artists are using it as inspiration. There’s an artist that has a space and she’s doing waitresses that have waited on tables while wearing a mask. Another has done a series of portraits of nurses wearing protective equipment,” said Dyment.

Reflecting on the nationwide quarantine, Dyment says, “If you’re watching movies, or listening to music, it’s artists that make those things.” Art consumption is helping people cope during these times.

Historically, artwork has documented society’s responses during crisises. “You’ve got people who will put their lives on the line,” said Cadero-Gillette. “These people were canonized afterwards. They weren’t saints during their lifetime, but they will be canonized, because of their heroic and selfless efforts.”

“Photographs taken at the end of the 20th century in relation to the AIDS epidemic, it’s similar. You’ve got something that, before extensive research had been done, was considered a disease that was uncurable. People were mystified as to how it was being transmitted. People were getting sick and dying rapidly,” Cadero-Gillette said.

She said photograph series and other art forms have been used to capture historic events. Nowadays, because of technology, artistic commentaries are more accessible and can influence the public, especially as the pandemic continues.

Cadero-Gillette said  “Artists are already actively involved. It’ll be interesting to see things as they’re coming out,” “Which expressions will end up placing themselves in the fore? Which ones will represent larger communities and ideals and fears and interests?”