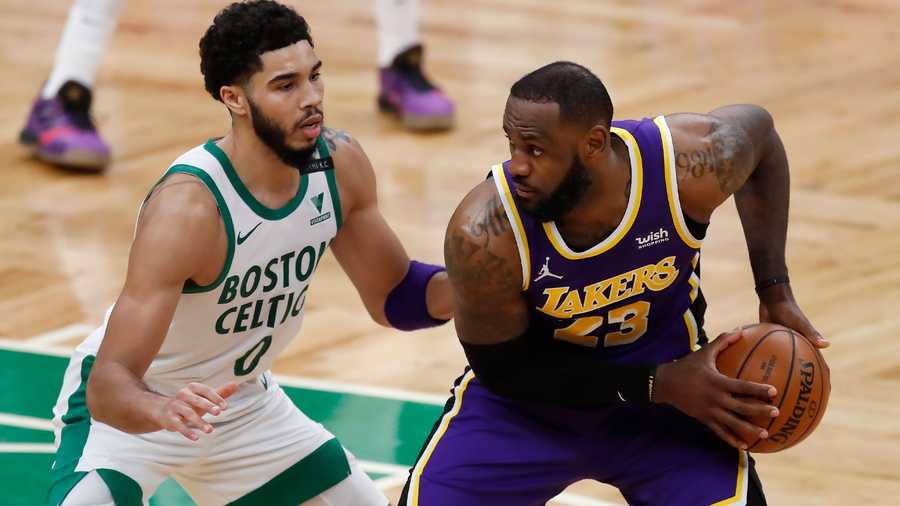 For any basketball fan, the Boston Celtics and the Los Angeles Lakers has been a staple rivalry. From the battles in the 1960s to their clashes in the 2008 and 2010 NBA championships, both teams have a long history of competing and of success. The anticipation for this Celtics versus Lakers game was high, and it was safe to say that it did not disappoint. However, unsatisfactory for Celtics fans, the Lakers came up on top by one point, with the final score being 96-95.

Things started well for Boston in their home arena, the TD Garden. The third and fourth options in Marcus Smart and Daniel Theis were the focal points of the offense in the first quarter. Particularly, Smart proved ready for the challenge, exemplified by his three assists in the first five minutes. Theis also proved to be reliable and ended the quarter with 10 points. The Lakers were equal to the task through a solid 13 points from star-talent Anthony Davis, and a steady stream of facilitation from LeBron James.

For the Celtics, the second quarter consisted of the essential, consistent scoring from Jaylen Brown and the momentum gaining plays from Jayson Tatum. For the Lakers, James seemed to come alive. Their depth was also in effect through Kyle Kuzma and Montrezl Harrell.

Things remained close entering the third quarter. For the Celtics, defense and ball movement by bench players Robert Williams and Jeff Teague, aggressive scoring by Brown and highlight passes and plays from Tatum carried the Celtics in scoring 29 points in the quarter. However, an injury to Smart dissatisfied the mood for the Celtics as they were now down an essential player heading into the fourth quarter.

For the Lakers, most of their scoring came through Davis with some assistance by Harrell. Davis also went down with an injury on a layup by Brown but was able to continue the game.

The Celtics were winning by seven points entering the final quarter, but the Lakers mounted quickly through continued scoring from Harrell and crucial baskets by James. He gave the Lakers the lead heading into the final minutes of the game, putting the score at 96 to the Celtics’ 89. However, Tatum came alive and helped the Celtics get to 95 points with around 30 seconds left.

On the Lakers’ last possession, Kemba Walker made a good defensive steal from Davis. Springing up the floor with seconds left, Walker attempted his signature step-back shot from midrange, but it did not fall. With that, the Celtics lost to the Lakers by one point with the final score being 96 to 95.

After falling to the Lakers in this close game, the Celtics will probably stay the course. Despite the tough loss, the Celtics have been playing well on the backs of Brown, Tatum, and other critical role players like Smart and Tristan Thompson. Brown has been averaging around 27 points per game and is expected to be deemed an All-Star in the upcoming weeks. The Celtics will need Tatum to continue his strong return from quarantine due to a potential exposure to the coronavirus.

Thompson is proving to have been a great signing in the off-season as his activity on the defensive and offensive glass is important for the Celtics to continue staying competitive. The team’s offense may take a hit due to Smart’s obtained injury to his leg, but hopefully Theis will continue with effective scoring in Smart’s place.