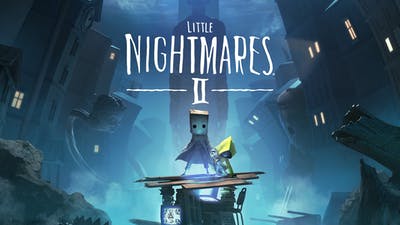 (Photo Courtesy of Bandai Namco Entertainment) Little Nightmares II is the long-awaited sequel since the 2017 release of the first game.

The actual gameplay is the least interesting part of “Little Nightmares II.” Most actions fall in line with puzzles or platformers, and its greatest difficulty comes from having to deal with the game physics or handling the controls in a particular way. Even then, the liberal use of autosaves makes sure that players can retry something as fast as possible.

The aesthetic of “Little Nightmares II” is arguably its strongest point. There is no dialogue; the story is told purely by its stunning visuals. The various settings the player goes through takes inspiration from various fears and nightmare scenarios that slowly turn more abstract. The game offers very little in terms of plot, but that is perfectly fine when the player can stitch together everything from what is around them. With this and its relatively simple gameplay, “Little Nightmares II” caters to those looking for an experience in their games.

There is also the fact that “Little Monsters II” is a horror game, and its value can come from that. It is difficult to classify this game as scary, though, as every chapter has its horror factor on a slow burn. It can be better described as a Lovecraftian horror, with every chapter spoon-feeding the player hints of something unsettling approaching, then a passing glimpse, and ending in a final confrontation. There is no adrenaline in the horror, only a creeping sensation periodically interrupted by some frustrating platforming section. There is a value towards this. Most notable is how the experience does not go stale upon replaying the game.

The actual choices for the setting also deserve special mention. True to its name, “Little Nightmares II” takes inspiration from various nightmare scenarios: being hunted in the woods, escaping a mad doctor, crossing through television screens and worst of all – grade school.

The main antagonists in each chapter of the game also share characteristics, being imposing creatures who tower over the player. The player is often the smallest feature in the room, making these encounters akin to a man stomping on an ant or a child-like perception of adults. This feeds into the silent horror of “Little Nightmares II” and keeps the player in distress.

In an effort to present itself, “Little Nightmares II” makes sure to keep its controls simple and its gameplay as diegetic as possible. Lights shine on important things, the game lets you play with a mechanic before it is used in a puzzle and your in-game partner sometimes mimics what you have to do. This adds a lot to the experience of playing “Little Nightmares II,” but it does create an inconsistency in its puzzles. Hints can sometimes be missed, which leaves the player lost. It is recommended to have a walkthrough on-hand if one intends to play “Little Monsters II.”

Overall, “Little Nightmares II” offers a fantastic experience for the player, even if the gameplay is bare-bones. Anyone looking for an artistic game will have no problem overlooking its flaws.