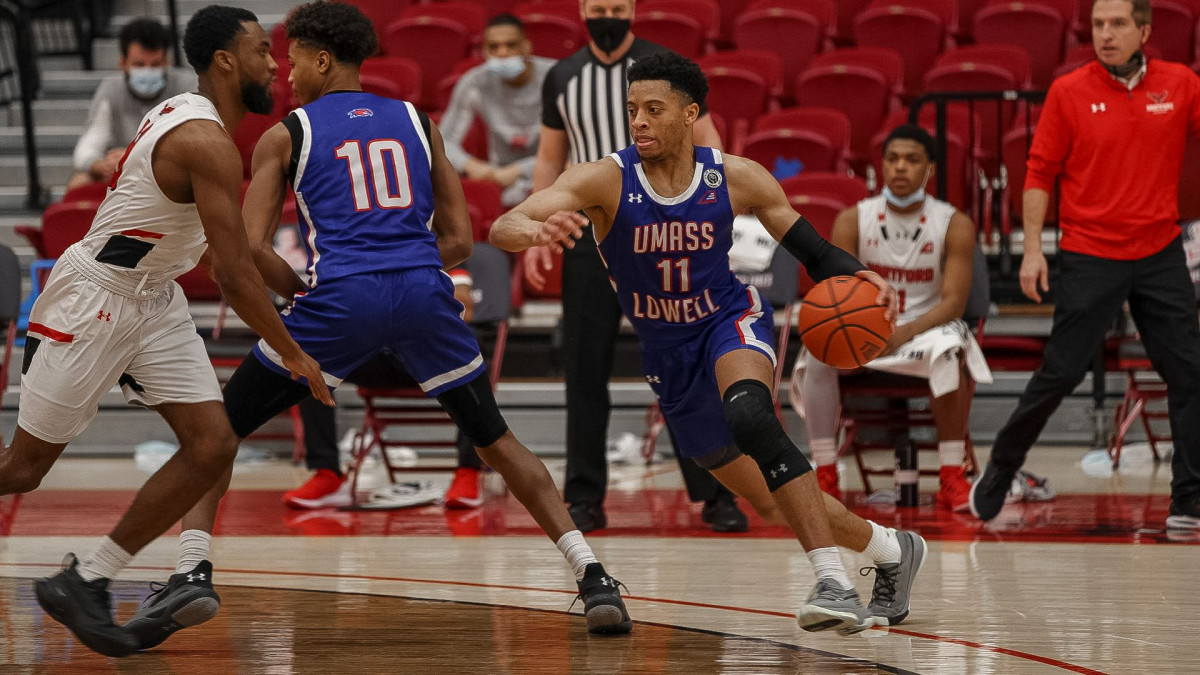 The River Hawks made it to their first ever divisional America East Championship game this season, but they lost to the Hartford Hawks 64-50. This ended their chance at their first appearance in the NCAA Tournament. Hartford was ranked fourth in the division entering the game; Lowell was ranked sixth.

The game took place in Hartford on Saturday, March 13, at 11 a.m. It was broadcasted on ESPN 2. This tough loss for the River Hawks came after playoff wins against Stony Brook and UNH in the first two rounds, and upsetting UMBC in the semifinals. This is the first season that Lowell has had post-season wins since entering the Division 1 program eight years ago.

Hartford will advance to the NCAA March Madness Tournament for the first time in team history. Hartford did advance to last year’s America East Championship against Vermont, but the game was canceled due to the COVID-19 pandemic. This was Hartford’s second appearance in the conference championship game. Their first appearance came in 2008 with a loss to UMBC.

The first half of this season’s championship game was close for both sides. While Hartford put up points early, Lowell was able to hold an 8-0 run in the middle of the first half, making it a tight game. Both teams struggled with scoring and each had low field-goal percentages entering halftime. Overall, the first half was low scoring, with Hartford up 23-18 at its end.

Lowell’s star forward Connor Withers had a tough time making three-pointers throughout the game. This was following his impressive performance in the semifinals where he scored 29 points and nine triples. However, Withers did put up a game high of 11 rebounds and some scoring with nine points and one three-pointer. The River Hawks struggled to find an offensive groove the entire game, which ultimately lead to their loss. Nevertheless, senior guard Obadiah Noel put up 15 points for Lowell and their bench, similarly, scored a total of 15 points.

At one point early in the second half, Lowell’s freshman guard Anthony Blunt made a three-pointer, which tied the game at 31-31. This would be the last time the game was tied, as Hartford continued to dominate offensively and defensively later into the second. The game was still somewhat close with around nine minutes left, but the Hartford Hawks attained a 10-0 run, starting with four consecutively hit free throws. At this point, Hartford was up by double digits and Lowell was unable to answer offensively.

On the championship game, Lowell’s head coach Pat Duquette said, “This was our first time in this position, and I thought we played a little bit like we were on unfamiliar ground. Our guys played hard; I just didn’t think we played comfortable, loose and free offensively.”

After the game, River Hawk’s Withers and Noel were named to the America East All-Championship team. Noel was also this season’s conference leading scorer. Despite the loss, this playoff performance was historical for Lowell and will hopefully pave the way for future America East titles.