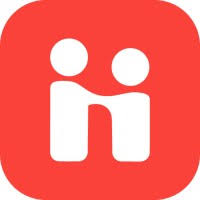 Searching for jobs and internships online can be a challenging process. The whole thing can feel overwhelming for students since there are so many factors involved. However, UMass Lowell students have turned to Handshake and found success in obtaining early career opportunities aimed at the college level. The range of opportunities are endless, from software engineering to government internships.

Fiona Bruce-Baide is a senior political science major . Bruce-Baiden said she was looking to get more work experience to prepare herself for graduation.

“I knew that I wanted it to relate to politics and I felt like Handshake had a lot of opportunities that would work with that,” said Bruce-Baiden.

Dom Walcott, a computer engineering student at UMass Lowell, said he had recently gotten an internship with Hydracore, a company specializing in precision engineered products.

“My opportunity came in as a software engineering internship where I am working directly with software on a team with the lead developer,” said Walcott.

Walcott says that he applies what he already knows about writing code and even learns new programming languages in his internship at Hydracore.

“I’m actually experiencing some new languages, so it is going to be quite a challenge for the next nine months,” he says.

While Bruce-Baiden and Walcott are doing very different types of work in their internships, their experiences with Handshake were similar. For one, they were able to quickly find jobs that matched their qualifications and career interests.

“That was the first time I ever had an opportunity through Handshake, and it placed me in a really good spot,” said Walcott, who was contacted by several companies that found his profile via Handshake.

Based on their experiences, students say that job searches become easier with the more information you include. Jobs are then curated towards the student.

“I liked how it filters things for me based on my interests,” said Bruce-Baiden. “I think the little quiz that you do beforehand helped filter out a lot of jobs so I was looking specifically at things that would be of interest, compared to some other sites.”

The site also focuses on early career opportunities which is ideal for students looking for work.

“You can filter your application of job postings that match your qualifications as a student,” said Walcott.

“There’s a lot of career development tips, which is helpful, especially when you’re trying to prepare yourself for post-graduation opportunities,” said Bruce-Baiden.

Students said that Handshake also offers a great community aspect where real individuals can help you with your search.

“They have reviews from former employees too that talk about the workspace and the environment. So, that was nice to have because sometimes you’re applying for a job and you’re just not really sure what to make of it,” said Bruce-Baiden. “I set up an appointment with the Career & Co-op Center and had a meeting with an advisor on my resume and how to edit and update it.”

“I noticed that there were alumni that were actually working with the company as well. So that was cool seeing that badge show up saying this [person] works in this office,” said Walcott.

Walcott was also able to attend a diversity summit through Handshake which prepared him for his current position.

“It turned out that in that diversity summit, there were some alumni who spoke, and they had actually given insight into how the workforce has been for them, so that helped,” said Walcott. “Everything just helps really from Handshake. It’s a collaborative platform as well. I think other students are able to network on there as well.”