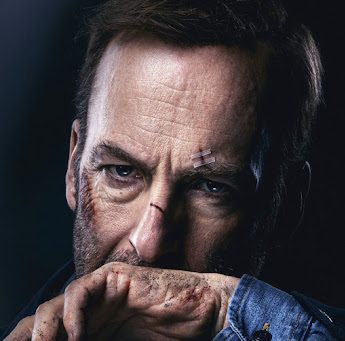 Ever since Chad Stahelski’s “John Wick” was released in 2014, a new collection of films has emerged with simple but sweetly stylized stories to accompany ever-audience-pleasing action. Ilya Naishuller’s “Nobody”, released March 2021, is no exception. However, do not mistake this movie for being a “John Wick” copy. After all, John Wick isn’t a nobody. At the same time, “Nobody” certainly isn’t “John Wick”.

The film follows Hutch Mansell, played by Bob Odenkirk, a family man who appears to lead the traditional American dream of working a 9 to 5 job to simply return home and repeat the cycle the next day. But, when a pair of home invaders ignite a mob to take up arms against his household, a darker side of Hutch’s past awakens as he wages war against an entire criminal elite.

This plot may sound familiar. It would not be the first time a filmmaker explores the family man who takes up arms against the big bad who attacked his family. However, in comparing “Nobody” to contemporary films in the same genre, there are enough creative differences in this movie that allows it to stand out on its own.

Considering that “John Wick” co-director, David Leitch was a producer on this film, it also seems clear that he had intended to write a different movie as the narrative stakes in “Nobody” are in direct contrast to “John Wick”. So, even without comparing “Nobody” to its fellow genre colleagues, this movie stands quite well as a film on its own.

Much of what makes this film so well-rounded as a single cinematic product is the combination of ingredients making up this movie. Bob Odenkirk was perhaps a surprising initial choice to star as Hutch Mansell, especially since Odenkirk is best known for his role as Saul Goodman in the more dramatic “Better Call Saul”. However, here he plays a strikingly different character who, although he may seem out of his element, is rather a joy to watch on screen. Odenkirk is also accompanied by Christopher Lloyd, RZA and many others who all play their parts accordingly in the script’s simplicity.

“Nobody” is also another example of a film that continues to move the action genre away from the shaky-cam grittiness of the 2000s. This film is still dark, violent and can be taken seriously. However, it is not excessive in those aspects, and instead possesses an understated humor that contributes alongside an upbeat soundtrack and clear-cut cinematography to balance a consistent tone.

It’s truly a virtue that Ilya Naishuller and David Leitch have prioritized the entertainment factor of the film over pretty much everything else. Despite a lack of plot complexity, the heart and effort that the filmmakers have put into the story of “Nobody” more than make up for it and create a memorable and entertaining watch.

Ultimately, for those who are seeking out an hour and a half of action that doesn’t require too much thinking, “Nobody” will most likely reel in everybody with an interest in the genre. For those who loved the “John Wick” series or “Atomic Blonde”, this is a must-see film that still has many refreshing elements to offer on its own accord.