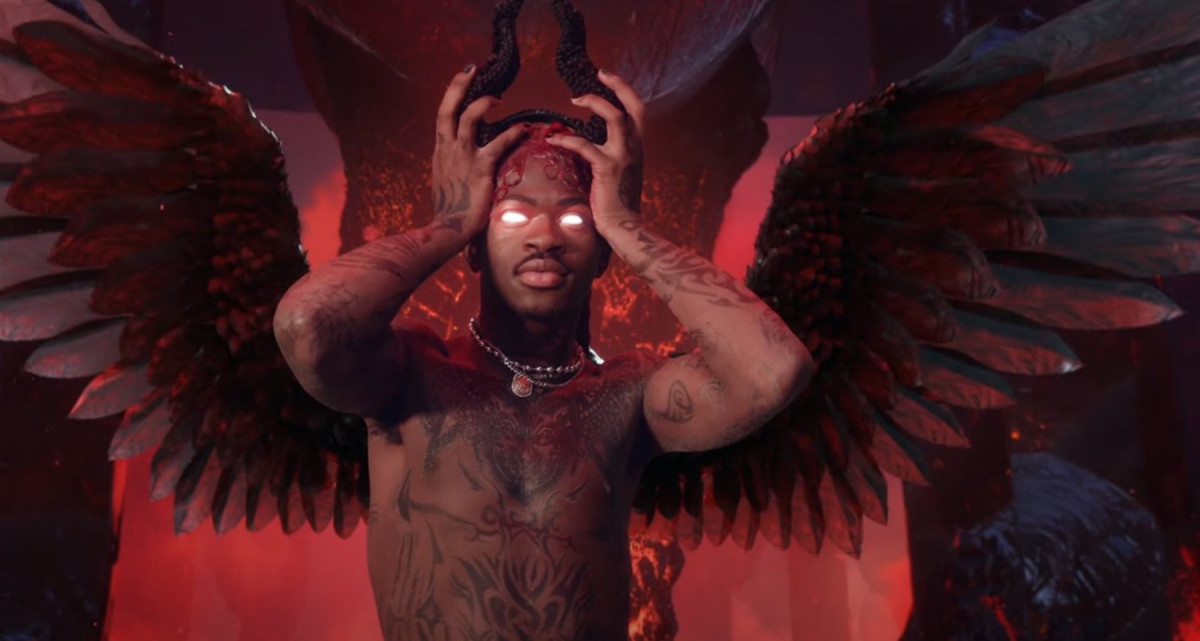 One of the greatest strengths of “MONTERO” is the versatility Lil Nas X showcases throughout the album. Outside of an occasional tendency to return to his signature pop-rap style, he also introduces elements of trap, R&B, synth-pop and rock on various songs.

Songs range anywhere from upbeat synth-pop to somber ballads. He explored this range a bit on his EP “7”, but “MONTERO” goes even further. “LOST IN THE CITADEL” is one of the brightest synth-pop songs of the year, while “LIFE AFTER SALEM” is a grunge-rock inspired ballad.

Similarly, The lyrical content varies widely, from celebrations of his success on the massively successful single “INDUSTRY BABY” to introspective looks back at his troubled childhood on songs such as “SUN GOES DOWN” and “VOID”.  The lyrical message of “MONTERO” is clear: There is a lot more to Lil Nas X than just being the guy with the funny song about horses.

“MONTERO” succeeds the most when Lil Nas X meshes personal lyrics with an upbeat delivery. Album standout “THATS WHAT I WANT” is a triumphant stadium pop-rock song with lyrics about how he just wants to find someone to love. Lyrically, It is an incredibly sweet song with widely relatable lyrics and an expressive vocal delivery paired with exciting production brings it to the next level. The other biggest standout of the album is the synth-pop-rock jam “LOST IN THE CITADEL”, following the collapse of a relationship.

Elton John accompanies Lil Nas X on piano on “ONE OF ME”, which details him recollecting people saying that he will be a one-hit wonder. Despite being somewhat interesting, Elton John’s piano work does not add much to the song and becomes a sonically bland moment in the middle of the album.

Doja Cat delivers a delightfully quirky verse on inevitable viral hit “SCOOP”, but a grating chorus and mostly uninteresting verses from Lil Nas X hold the song back from the greatness it could achieve.

Megan Thee Stallion provides the best guest verse on the anthemic “DOLLA SIGN SLIME” by sticking to her trademark braggadocious style, which pairs well with Lil Nas X’s verses throughout the song. All 3 of these songs would likely have been improved with a bit more of a presence from their collaborators.

However, “AM I DREAMING” stands as the best collaboration on the album. Miley Cyrus and Lil Nas X faced similar criticism over their overly sexualized public image. Through bringing in their personal experiences and somberly reflecting, they create a beautiful, if a tad short, closing moment on the album. The final chorus with them singing together is particularly striking.

Nothing can be said about “MONTERO” without also mentioning its smash hit lead single “MONTERO (Call Me By Your Name)”. It is a triumphant pop-rap song with a deceptively deep core, and its explicitly gay themes are still rare in mainstream music. While “Old Town Road” may be a bigger song, “MONTERO” could go down as one of the most memorable moments of his predicted long career.

“MONTERO” is not a perfect debut album. It has some awkward hiccups, particularly when it tries too hard to stay within any box. However, when Lil Nas X lets his imagination run, releases his emotions and incorporates other styles of music, he thrives. Lil Nas X is no longer the “Old Town Road” rapper, he’s one of the most promising stars of a music generation.