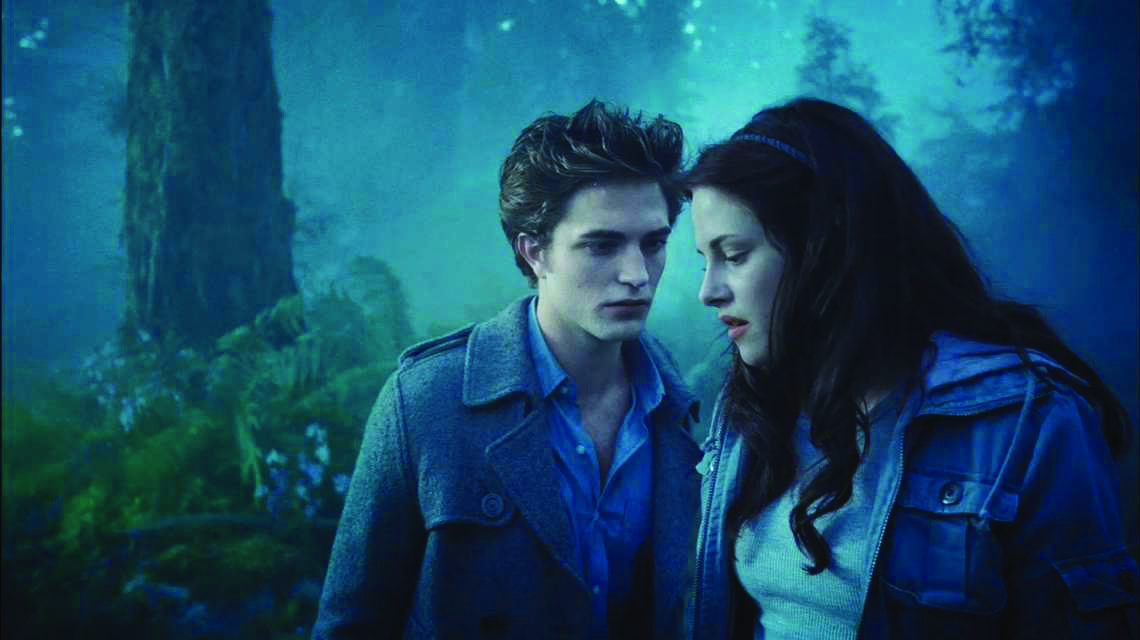 In November 2008, the “Twilight” film franchise took the world by storm. In 2021, the franchise still has the same effect. The “Twilight” saga was adapted from the 2005-2008 book series written by Stephanie Meyer.

The four-book series was then developed into five films by splitting the final book, “Breaking Dawn”, into two movies. Recently, fans of “Twilight” have been able to rejoice in the fact that the movies have been added to Netflix as of July 2021.

“Twilight”, the first film in the series, follows teenager Bella Swan, portrayed by Kristen Stewart, and her journey from Phoenix, Arizona where she resided with her mother to Forks, Washington to live with her father.

Bella quickly begins to realize the small town is more than meets the eye and that people are not who they say they are. The mysterious family, the Cullens, are not actually humans but rather vampires who refuse to consume human blood. Despite this newfound knowledge, Bella still kindles a relationship with Edward Cullen, played by Robert Pattinson.

Knowing the Cullens’ secret and being in a relationship with Edward places Bella in a precarious situation, she now has a target placed on her back by a group of human-consuming vampires who will stop at nothing to drink her blood.

Bella is a symbol of the idyllic teenage fantasy. She is the dark, brooding and interesting new girl entering a new town, but even so, she is welcomed immediately by her peers. So much so, that after only attending high school for a few days, Bella has already been asked on dates and to the prom. Regardless, Bella only has eyes for Edward, and he only has eyes for her.

Stewart convincingly plays the role of Bella. Through her inability to hold eye contact for long, frequent blinking and stammering through conversations, she perfectly captures the awkwardness of teenage years. Her body language is often very closed off, and in many scenes, she looks tense which conveys her brooding, mysterious nature.

However, what remains unconvincing is the romance between Edward and Bella. The two have little chemistry. The actors are tense around one another, deliver their lines without conviction or semblance of emotion and stumble in conversation. For the story to be focused on a hot and heavy, destiny-filled forbidden romance between a vampire and a human, Stewart and Pattinson leave a lot to be desired in their portrayal of romance.

The film is also heavily saturated in blue and grey tones, almost to the point of being overdone. Despite overediting, the blue and grey hues do help convey the film’s tone. “Twilight” is based in a rainy mountain town full of mysterious vampirical beings. The blue and grey help to enhance the vampires’ paleness by removing the warmth that is natural in human skin.

Further, the film’s soundtrack also enhances the tone. The soundtrack includes songs like “Supermassive Black Hole” by Muse, “Decode” by Paramore, “Leave Out All the Rest” by Linkin Park and others. These artists are all prominent voices in the alternative music world and bring emotional, electric guitar-based songs that add to the mysterious and brooding nature of the film. The soundtrack has great cultural significance and stands to be a time capsule for 2008 just as the movie does.

“Twilight” takes itself too seriously at times, almost to the point where the audience can, ironically no longer take the film seriously. If you watch the film with no real stakes or expectations, it makes for a good laugh.

The cheesy, cringeworthy teenage film begs for a chuckle or two. Laughing at the way Edward calls Bella his own personal brand of heroin or when he calls her a spider monkey is where the joy in this movie really comes from. It is smutty, trashy content, where it is so bad that it suddenly becomes good, and the audience cannot look away.