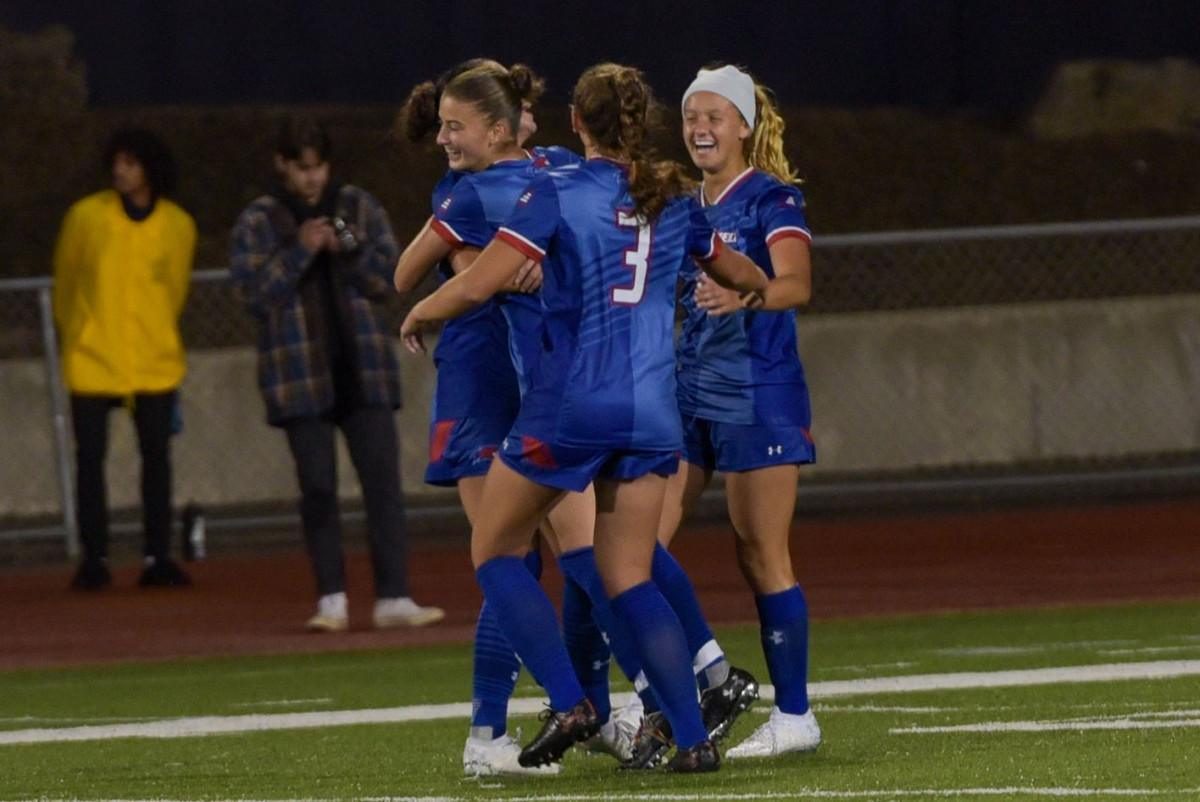 The UMass Lowell Women’s soccer team moved closer to the number one seed in the American East conference after their 2-1 victory against the University of New Hampshire Wildcats.

A late goal by Ionna Paptheodorou sealed the game for the Riverhawks, increasing their two-game winning streak. This victory puts the Riverhawks in a good position in the conference.

The UMass Lowell Women’s soccer team increased their record to 6-3-1 on the rainy Thursday night game at Wildcat Stadium in Durham, New Hampshire. The Riverhawk offense played aggressively taking 18 shots by the end of the match.

UNH defensive back Alivia Kelly and Goalkeeper Cat Sheppard were integral in slowing down the Riverhawks’ momentum, with Cat Sheppard having six saves at the end of the match.

A foul by Riverhawks’ Defender Olivia Sandhal inside the box gave the Wildcats a chance to take the lead with a penalty kick in the 11th minute. However, a big save from UMass Lowell freshman goalkeeper Lisa Sjorgen, who ended the night with a career high seven saves, dashed the Wildcat’s hopes of an early goal.

30 minutes later, the Riverhawks earned their own penalty kick after a foul by the UNH defense. Midfielder Emily Nelson took the penalty, striking the ball into the top left corner of the net far out of reach of UNH goalie Cat Sheppard.

Lowell controlled the midfield throughout the match, continually using Forward Calliste Brookshire to push on the left side. In the second half, both teams fought to control the momentum, but UNH was chasing shadows until the last 20 minutes of the second quarter.

Lowell’s second goal came off of a pass from Midfielder Chaima Khammar to Ionna Paptheodorou, who fought off two UNH defenders to find the back of the net with a shot to the near post. It was the America East Rookie’s seventh goal in nine games.

UNH came on the counterattack, fighting for the ball and forcing Lowell to concede three corner kicks in the dwindling minutes of the game. The lone Wildcat goal came from a set-piece in the 89th minute, when UNH’s Ella Dudley headed the ball just past Sjorgen.

Despite letting in one goal, the Riverhawks played confidently against UNH. The UMass Lowell Women’s soccer team is a formidable opponent with their explosive offense that contains talented players such as, Ionna Papatheodorou, Rakel Stefansdottir, Calliste Brookshire, and Laerke Niklasson.

The Riverhawks also have a strong back line in the likes of Hailey Dubose, Saga Hollbrink, Dunja Mostarac, and Lisa Sjorgen. The team is playing like a well-oiled machine, and the Riverhawks have a good chance of winning the America East Conference if they continue at their current pace.

A big test for the Riverhawks will be against the 7-1-2 overall Hartford at Cushing Field on Thursday Oct. 14.