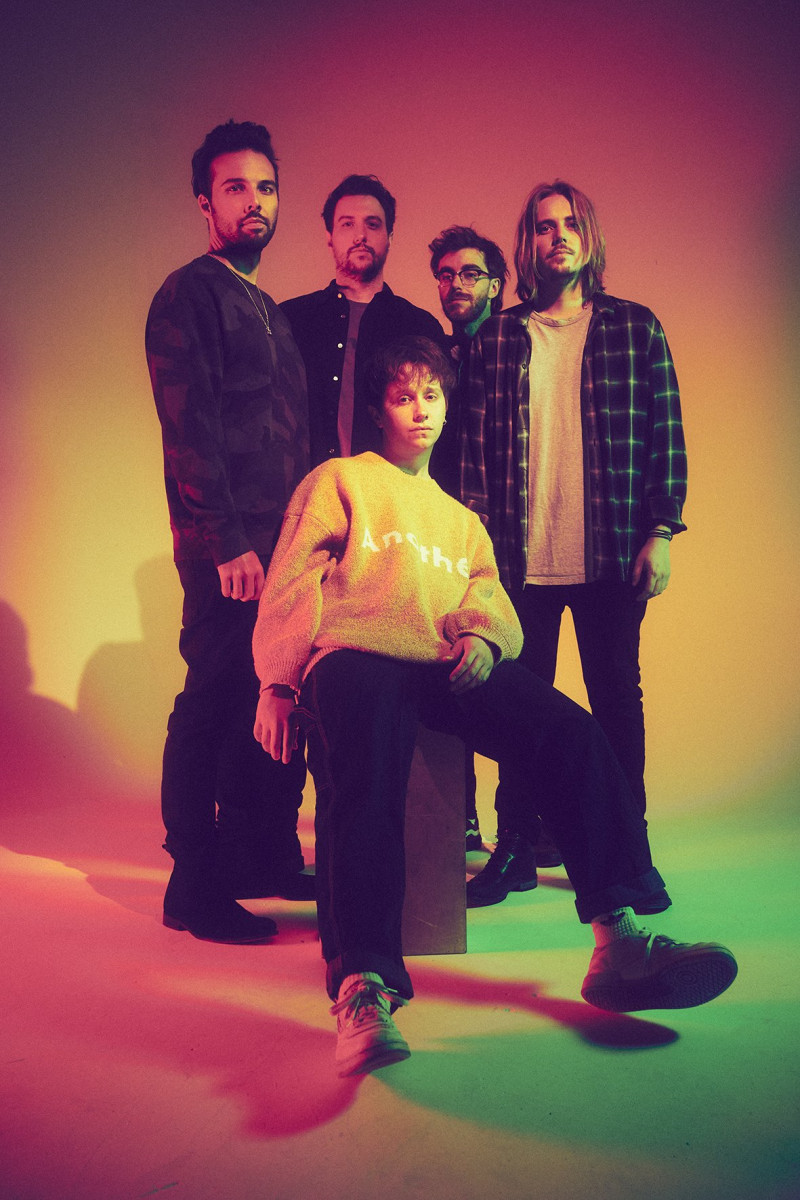 On Oct. 23, Nothing But Thieves released their second album “Moral Panic”. With catchy drum-ins, dynamic guitar riffs and steady-paced, nearly seductive vocals, their newest album was a great leap from their debut studio album, titled “Nothing But Thieves” which was released in 2015.

Nothing But Thieves is an English alternative rock band that was formed in 2012 from Southend-on-Sea in Essex, England. Though they released their earliest music in 2013, those songs were released in EPs, or extended plays, rather than in full albums, consisting of only two to four songs each. Just this year, five additional EPs were added to their latest album and “Moral Panic II” was created.

Their first album was catchy, full of what one would expect when listening to an alternative rock album: complex riffs, distorted melodies and edgy and subversive lyrics, all with pop-like undertones. “If I Get High” and “Lover, Please Stay” not only displayed the diversity of their sound and the dynamicity of their music, but they also set the tone for the rest of the album. While it was difficult to distinguish the band’s intent with their debut album, their intent was clearer in “Moral Panic”, which seems to be about love, the way it makes you feel, finding yourself and surviving in a society where the odds are always against you.

The first 20 seconds of “Moral Panic”’s first song, “Unperson”, set the bar high for the remaining tracks. In five years, Nothing But Thieves managed to create an album that consistently displays Mason’s intense vocal range while also unapologetically creating their own sound. Compared to 2015, Nothing But Thieves sounds more polished in their 2020 album.

“Real Love Song” and “Impossible” are set at a faster pace than the love songs in their previous album, and explore the darker side of love including not being loved back and love itself. In both, it seems as if Mason sings with the experience of having felt those feelings. These two songs are indicative of that pain, and through his vocal performance, listeners are left missing a lover they may have never had.

“Real Love Song”, as suggested by the name, tells of a love song written for someone who may or may not reciprocate the other person’s feelings. As the song progresses, the person realizes that no matter how many times they try to convince themselves that they are not in love, they are. By the end of the song, listeners are left wondering if the person ever got the love they were looking for.

Four songs later, “Impossible” comes in which is more upbeat and hopeful than the previously mentioned song. In fact, in this song, it seems as if the person finally gets the love they were yearning for, realizing how much that person means to them.

“Real Love Song” and “Impossible” are phenomenal love songs, with amazing guitar riffs, killer vocals and orchestral accompaniments that elevate both songs to the next level.

However, the five EPs in their 2021 album, “Moral Panic II” change everything. In these EPs, the band shifts their intent to focus on emotion and the issues of modern society. Despite the connection between “Moral Panic” and its most recent track, the two albums have totally different sounds. Part II is darker and encapsulates more aspects of the grunge and alternative genre than its predecessor.

“Future Proof” sets the tone for the rest of the album. It is feisty, bold and marks a shift in the album’s sound. What follows can only be described as a futuristic, heavy mix of distorted rifts, intricate synths and layered textures that help round “Moral Panic” as a whole. The final song of the extended album, “Your Blood” once again proves that Nothing But Thievesw knows how to write a good love song. As Mason sings, “I don’t think I will ever get over you,” his dynamic vocals are paired with a just as dynamic riff that leaves listeners speechless.

With the five additional EPs, “Moral Panic” manages to not only display Conor Mason’s intense vocal range, but also the band’s growth and extensive range in sound. “Moral Panic” is everything one could want in an alternative rock record. It is low-key, catchy and highly addictive. Those looking for alternative music that is not mainstream will find themselves easily immersed in the band’s lyrics, chords, melodies and more.