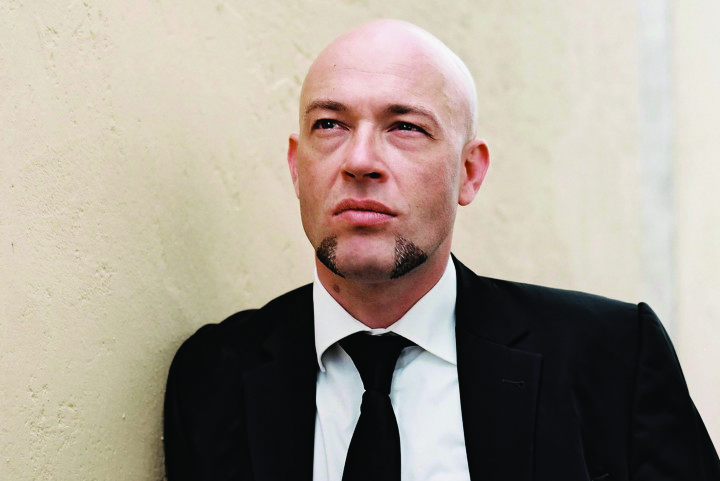 (Photo Courtesy of Universal Music/Erik Weiss) The band, Unheilig, began their music career in 1999 and is still active today.

Unheilig is an exceptional singer and arguably one of the most talented to appear in the music world. The name meaning “Unholy” in German, this German artist launched his success in the 1999 with the release of his first album “Sage Ja” (Say yes) which instantly landed him fame and popularity across Germany, Austria and Switzerland.

He combines heavy rock, gothic rock, electronic and pop to form a style that is completely his own and deserves its own new genre.

With his iconic black suit and tie, no matter what style of music he is into making, he deserves to belong to the “sophisticated rock” genre. Combine his memorable and classy outfit and his boss-like and mysterious demeanor, as one who owns the room, he deserves the title of “Der Graf” (The Count) which is also another famous nickname of his and which his fans dearly remember him by.

In 2001, he released the album “Phospor” (Phosporus) which is a tribute to his heavy rock and electronic phase. The music is certainly head-banging. With titles such as “Die Macht” (the power) and “Willenlos” (powerless or weak-willed), this album is not for the faint of heart.

One of his most memorable works is his song “Geboren um zu leben” (Born to live). It is a radical shift from the electronic and gothic rock themes of his predecessor albums. When one watches the music video for it, one can sense the raw emotion coming from der Graf’s voice.

He sings of the difficult childhood that he had. Yet, despite the sufferings that stood in his way, he makes a point to emphasize in the refrains that “Wir waren geboren um zu leben mit den Wundern jeder Zeit” (we are born to live with the miracles of every time), reminding his listeners that life is so much more than the thorns that come into our lives.

“Spigelbild” is also a powerful song that speaks volumes in rock tones. German for “reflection,” Unheilig is speaking to his past self in the reflection of the mirror. His past was filled with pain and sorrow. He reminisces those agonizing moments in his life when he thought all was hopeless.

As he later in life found the strength to heal and place his past in the past, he makes a sudden turn in the refrain by calling upon his younger self, “Sometimes you come to visit me and remind me of it… when the fear came to [eventually] lose [the battle], I have often thought about you.”

He recalls the dark times he had to endure when he was younger. Every attempt to drive out and repress the memories “only led back to you.” He continues the dialogue with his past self by asking, “were you way too often alone, because anybody who came to you, only came to you out of pity?”

The crowning moment in this song when he proudly raises his voice and proclaims to his past self, “when you stand before me today and I look at you in the eyes, everything makes sense, because without your pain, I would never have found the strength to become the person that I am today.” Those are some mighty words right there.

A lot of Unheilig’s music is based on his past experiences, which is why one can hear the raw emotion in his voice and in his lyrics. He channels that energy into that music, which renders him a powerful singer.