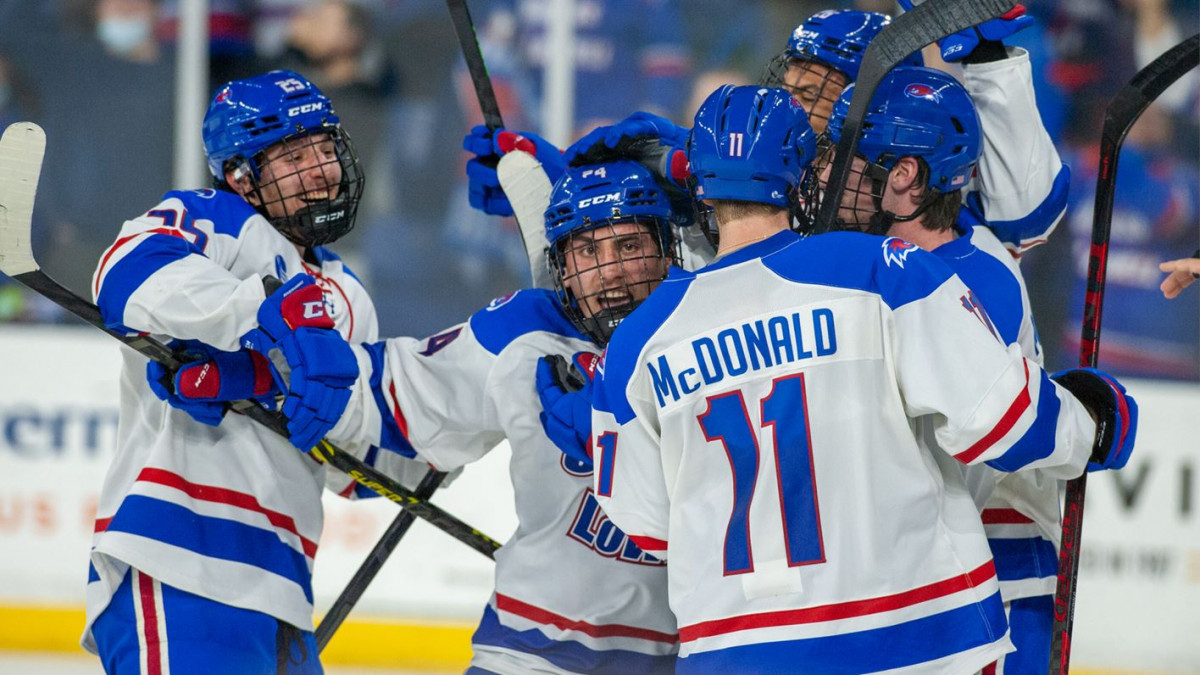 The UMass Lowell men’s hockey team took down 17th ranked Northeastern Huskies and 16th ranked Boston College Eagles this weekend pushing their record to 6-1-2. Leading into this weekend, Lowell was ranked 20th in the nation for Division I hockey.

Moving on to Saturday, the River Hawks mounted an impressive showing to a crowded Tsongas Center beating the Boston College Eagles 4-2. The first period started off slow with not much shooting from either team. Lowell did mount some pressure as defenseman Jon McDonald had a solid wrist shot on net about halfway through the period, but Boston’s goaltender Eric Dop made a notable save.

The game soon after entered a four on four with a slashing call on Boston and a holding call on Lowell. The River Hawks were able to control the puck for the first half of the penalty but could not capitalize. Shortly after the penalty ended, Lowell was able to score the first goal of the night with Andre Lee putting one past Dop off of a rebound.

The period ended with some after play physicality between Boston’s Patrick Giles and Lowell’s Marek Korenick with subsequent penalties beginning another four on four.

The second period started with a continuation of the four on four. The penalties ended with no scoring from either side. River Hawk Reid Stefanson was tripped a couple of minutes into the period giving Lowell a power play opportunity. The power play was successfully killed by the Eagles.

However, another call was made giving the River Hawks the man advantage and Meehan was able to score his third of the year during the power play. The score halfway through the second period was 2-0 with Lowell in the lead. Also at this point, Lowell had heavily outshot the Eagles with 27 shots to Boston’s six.

Fourteen minutes into the second, Boston scored their first of the night at even strength. The goal was initially under review for goalie interference, but after a brief pause in play, the call on the ice of a goal stood.

The point was scored by Eagle Trevor Kuntar. Hardly two minutes later, Boston’s Marc McLaughlin scored another shot during a power play, pushing the game to a tie at 2-2. The period ended with no more scoring from either team.

The River Hawks put the game away in the third period with two goals, another from Lee and one from forward Carl Berglund on a power play. The latter half of the period had some close scoring chances from Boston trying to dig themselves out of behind.

Lowell’s goaltender Owen Savory had a couple of acrobatic saves in the final minutes of the period. With only two minutes left, Boston pulled their goalie for a sixth man but could not score. The game ended with a win for Lowell 4-2. Savory ended the night with 24 saves and remains undefeated in net.

On the game, River Hawk head coach Norm Bazin said, “I thought it was a well-played hockey game. I thought both teams competed extremely hard, it had some playoff feel to it. I was excited about the result. I thought all four lines contributed tonight on the power play which ultimately led to the win.”

The River Hawks had a successful weekend and will have a week to rest until next weekend when they will play UConn Saturday Nov. 20, and Sunday Nov. 21. Hopefully, they will be able to sustain their momentum from this weekend and continue playing winning hockey.