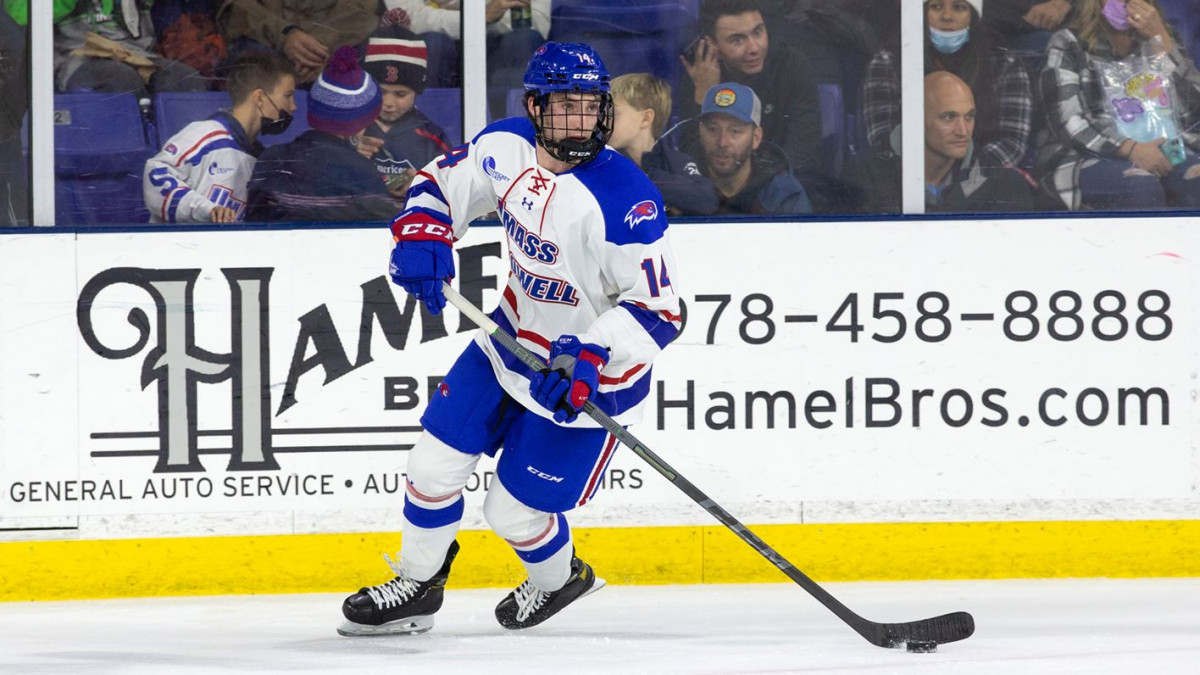 The River Hawk’s head coach, Norm Bazin commented on his team’s win saying, “I certainly thought we had flashes of being a very good hockey team. We started off a little slow, things got better in the second period. I thought the third period was our best period.”

Moving to Saturday, the River Hawks and Terriers faced off at a crowded Tsongas Center with a huge student presence. Lowell quickly started off on the attack with a couple of good shots that came close to net.

BU returned the assertiveness and the teams traded shots on net just minutes into the first period. Lowell’s defenseman Nick Austin had a solid wrist shot on net about five minutes in. Big hits were exchanged and Boston’s goaltender, Drew Commesso made an impressive save about seven minutes in.

Nearly ten minutes into the first, BU scored what seemed like a goal up high on net, but the score was called back due to goalie interference.

Lowell continued with the shots on net and with only a minute and a half left in the period, Ben Meehan, a River Hawk defenseman scored his first career goal as a River Hawk pushing the score to 1-0. The assist on the goal came from Austin.

The period ended with penalties for both teams and an ensuing 4 on 4. For the first, Lowell had 14 shots on net to BU’s five.

The second period started with the ongoing 4 on 4, but neither team was able to capitalize during it. The teams resumed the back-and-forth possessions with strong scoring chances from Lowell’s Meehan, Lee and Matt Crasa. There was some after play physicality from both teams following big checks during play.

A high stick was called on River Hawk Blake Wells with just around five minutes left in the period. However, this did not slow down the River Hawks and forward Lucas Condotta scored a breakaway shorthanded goal with 47 seconds still left in the penalty kill. This moved the score to a 2-0 lead for Lowell.

The period ended with more after play physicality and with Lowell having 24 shots and Boston having 10 shots on the game.

The third period opened with a resumption of the aggressiveness between both teams which eventually lead to a fight between Lowell’s Jordan Schulting and Boston’s Wilmer Skoog. The fight resulted in a penalty on Skoog.

Lowell had some more strong chances on this power play, but BU goaltender Commesso continued with the saves. Boston pulled their goalie with two minutes and forty seconds left which led to a top-shelf wrist shot goal that changed the score to 2-1. However, Boston was unable to score again late in the game and regulation ended with a 2-1 win for the River Hawks.

The River Hawk’s next game will be at home in the Tsongas Center against Long Island University on Wednesday, Nov. 3.