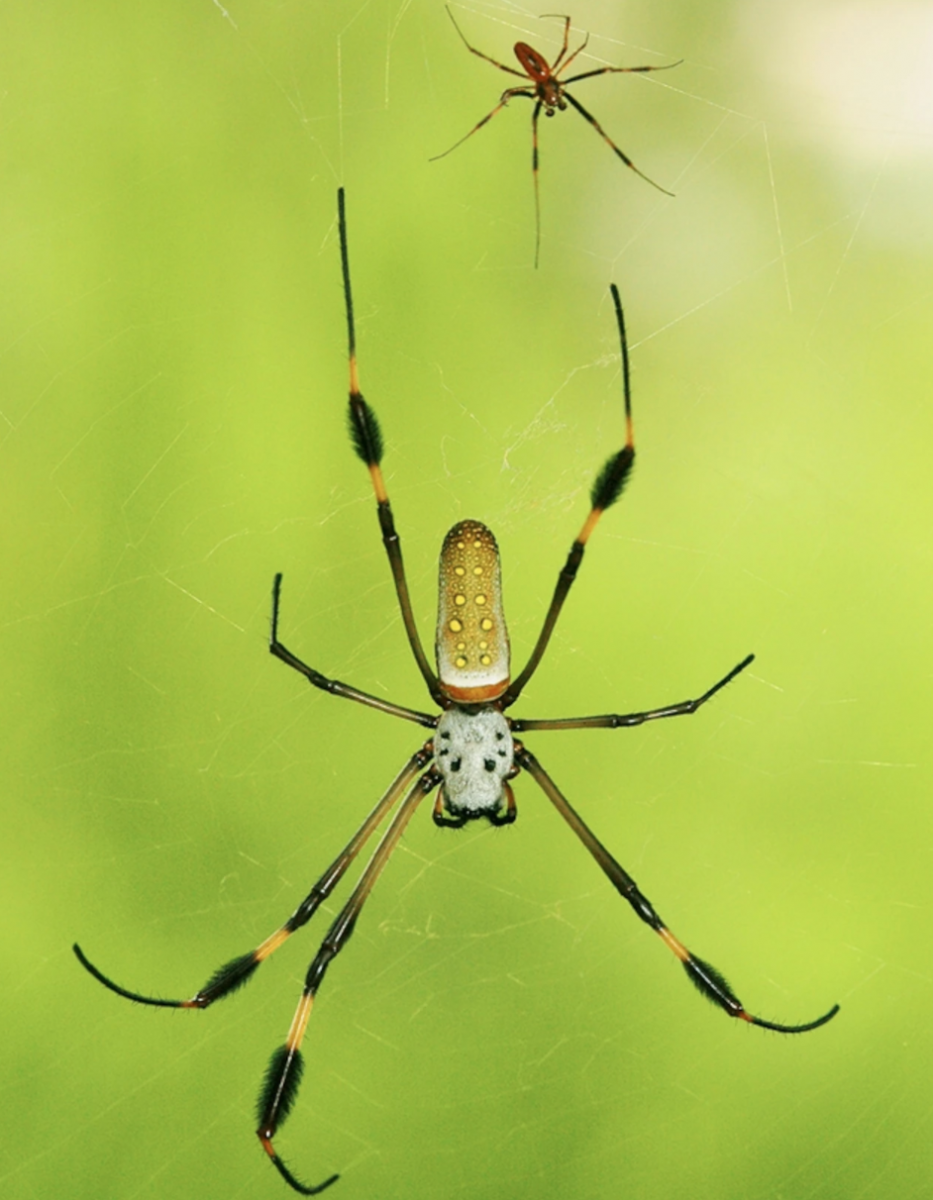 An orb-weaver spider stalks its prey at night with its big-beady light-sensitive eyes and a tiny web held between its front legs. The spider picks the best moment to strike and capture its unsuspecting prey. The orb-weaver spider is just one of the many types of spider that Assoc. Prof. of biological sciences Jessica Garb has studied in her 20 years of research.

Garb has been with UMass Lowell for around 15 years and has dedicated her career to studying the capabilities of spiders. She earned her undergrad at Cornell University in natural resources and went on for her Masters in ecology, evolution and conservation biology at the University of Hawaii: Manoa. Garb closed out her schooling with a PhD in environmental science, policy and management.

Now, she has spent most of her professional career investigating the spider species. During her first postdoctoral study back in 2004, she had the opportunity to study the genes that encode the egg case silk protein of spiders.

This current study, which is funded by a $1.4 Million grant from the National Science Foundation, is exploring the inherent value of orb-weaver silk and the way it’s used in hunting prey. When hunting, orb-weavers make a small net from their silk and use it to seize their prey.

Garb’s fascination with studying spiders is how she can see the different utilizations for certain traits of the species. Spiders are a tale of evolution, and this is predominately where Garb finds her inspiration to study them.

“I’m interested in how it all happens, and how it relates to the ecology of the spiders and understanding more about their biodiversity.” Says Garb.

Prior to this, Garb spent time studying the ways in which spiders developed and implement the ability to inject venom.

In the orb-weaver spider, there are seven glands responsible to produce different types of silk. Some can stretch very well, and others have better adhesion properties. The spider automatically knows which gland to use for specific situations. For example, the circular grid webs they produce are composed of multiple types of silk and each are used to serve a specific function in the web.

There are currently labs and start-ups that are attempting to use genetic engineering in attempts to replicate the spider silk protein. This has useful applications like the fact that spider silk is stronger than Kevlar.

She also cited how it is possible to produce these specific spider silk genes and then introduce it to another organism or manufacture spider silk in laboratories.

“[Genetic engineering] allows for us to take the spider gene and put it into another organism.”

Garb says the process to conduct research and produce results while competing with other labs is complicated. It is essentially a mad dash between research facilities across the country to make the next advancement.