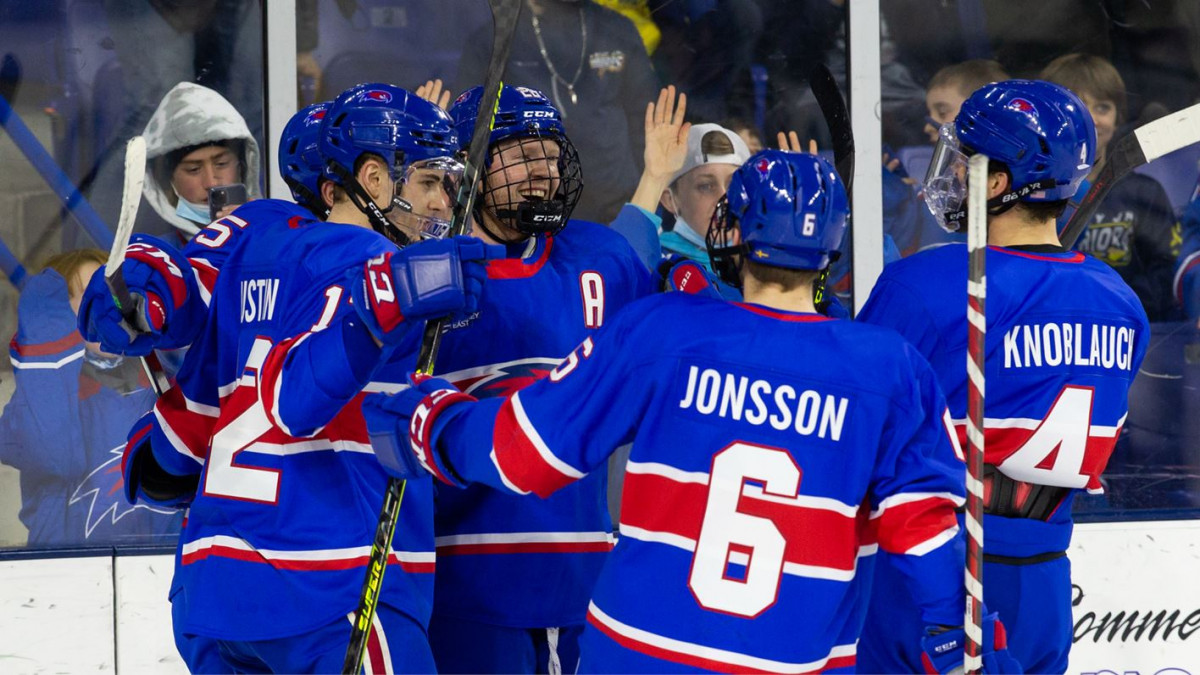 The UMass Lowell men’s hockey team had a successful weekend knocking off both Boston College and Dartmouth. With these two wins, the team advances to 16-6-3 and to being ranked 14th in the nation.

The River Hawks away game Friday night against Boston College ended with a score of 3-2 in Lowell’s favor. Ryan Brushett scored Lowell’s first of the game in the beginning period. The game remained tied 1-1 until the final period. Owen Cole and Zach Kaiser each scored one for Lowell in the third period securing the win. River Hawk goaltender Owen Savory made his 19th start of the season and managed to save 24 shots on net.

On the win, Lowell’s head coach Norm Bazin said, “I am extremely proud of the guys tonight. They came from behind twice to win on the road. That is difficult with any Hockey East opponent. Our secondary scoring came up big again tonight.”

Moving on to Saturday’s home game against Dartmouth, Lowell dominated with shots on net from early on in the game and came up with a 6-3 win. The first period started with back-and-forth chances on both sides. Lowell’s Matt Crasa had a close chance in front of net about five minutes into regulation.

However, the first goal of the night was scored by Dartmouth’s Braiden Dorfman ten minutes in. UMass quickly returned the favor with Brian Chambers scoring off of a rebound with five minutes left in the period. The assist on the score came from Andre Lee. Lowell was able to score again in the period, this time with Connor Sodergren scoring his fourth of the year. The game went into intermission 2-1 River Hawks.

To start the second period, Lowell’s goalie Savory made an acrobatic save not even a minute in. A few minutes later, the River Hawks were called on having too many men on the ice giving Dartmouth the man advantage. Lowell was able to easily kill the power play and continued to dominate with shots on net. Halfway through the period, Lowell had 29 shots to Dartmouth’s seven.

Shortly after the halfway point, Sodergren put his second one in on the night off of a solid pass from Sam Knoblauch. Dartmouth answered a few minutes later pushing the score to 3-2 until the end of the period.

No scoring occurred until after the halfway point of the third period. The River Hawks were able to kill another power play off of an interference call on Nick Austin. During the power play, Sodergren almost scored his third of the night on a shorthanded breakaway. An interference call was then made on Dartmouth giving Lowell the extra man.

Brushett was able to score on the power play pushing the score to 4-2. Dartmouth answered merely ten seconds later with what would be their final goal of the night. The score came from Tanner Palocsik. Lowell would go on to score two more in the ending minutes. First, Zach Kaiser scored with a wrist shot in front of net after some solid puck movement. Then, Andre Lee scored an empty netter with minutes remaining pushing the final score of the game to 6-3.

The River Hawks look forward to next weekend, with games against Northeastern on Friday night and UNH on Sunday.