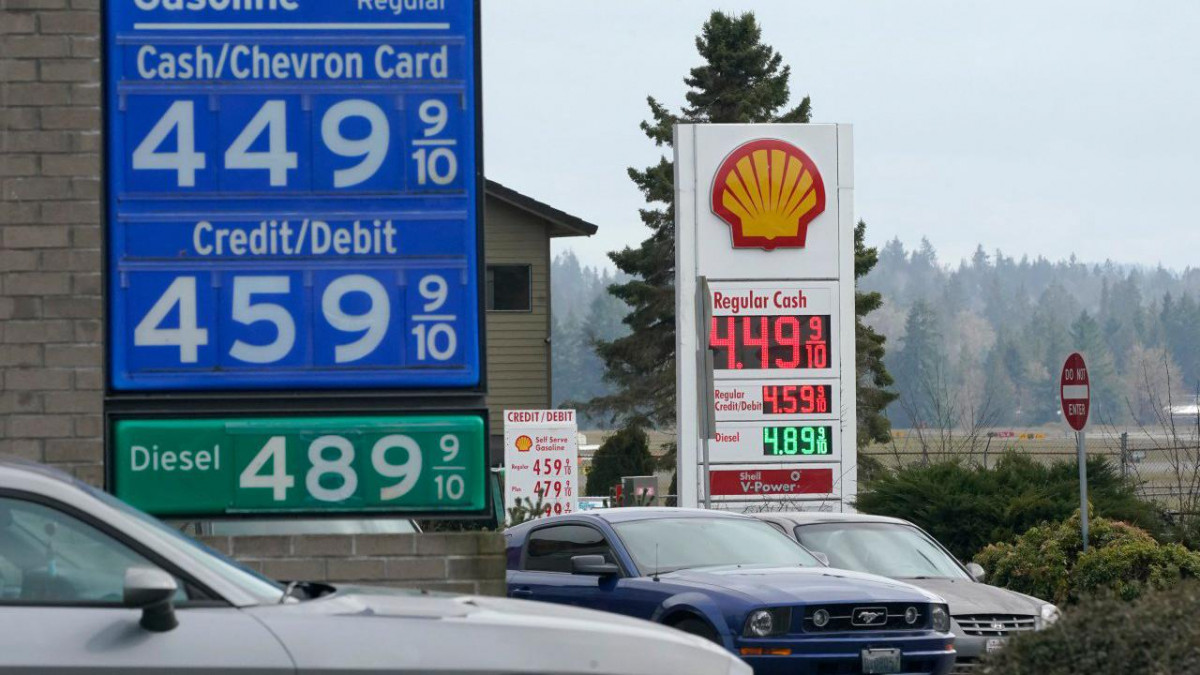 (Photo courtesy Opera News) The national average for gasoline is projected to go above $6 in the foreseeable future. Consumers have yet to be presented a transparent solution to curbing this inflation.

As recent as this past February, American gas prices have begun to skyrocket. The national average for the United States has been reported as high as $4.17 per gallon and is likely to increase to several cents above $6. Accompanied by standard inflation, much of the explanation behind these prices cannot be ascertained without understanding the worldly events that have undoubtedly contributed to the changing economic circumstances.

Since their Feb. 24 invasion of Ukraine, Russia has been condemned by the international community and faced harsh economic sanctions by all of NATO and the western world. Sanctions have been the primary tactic to sever the arteries powering Russia’s attempts to fuel a war machine against Ukraine’s sovereignty. But while certain companies have pulled out all business ventures, there are more straining factors that will force not just the Russians to adapt to the absence of specific commerce, but the international community as well.

Oil has been one of the most dominant fuels since the early 20th century. Such a resource can often explain why particular governments have remained in power allowing their greater-known consumers to make history upon being driven by the acquisition of oil. The United States is no exception and rather one of the most frequent democratic defenders to involve its military in a foreign conflict while also conveniently securing the oil that’s needed to lower prices for the domestic American consumer.

One of the primary reasons for why gas prices shift with immense inelasticity is simply because oil suppliers understand how essential gas is for the average consumer. It also doesn’t appear to matter if only specific American regions are supplied by Russian oil. A New England consumer who pays for gas at a station supplied by a Canadian pipeline will still suffer the price increase. Perhaps such increases from this separate supply can be justified in the long run if Canadian oil extends its finite supply. However, for the duration in which the U.S. simply declares severing its Russian pipeline association, prices in this short run somehow increase nationwide anyway.

Yet, in a western world driven by an automotive market, the number of cars purchased statistically proves that the commodity alongside the gas, powering the majority of the market, will continue to be demanded regardless of steep price fluctuations. This also shows how crucial oil is in running society’s first world establishment.

This may also provide an explanation to why the U.S. government is only taking a marginal initiative to finance and explore new energy options. The 21st century has seen more environmental activism than ever before, with the United Nations urging the world to declare a state of climate emergency regarding the emissions that are continuously produced. Even as the world becomes more aware of the need for new energy sources, federal establishments appear to be much more focused on the last of fossil fuels’ utility even as it becomes more difficult to source.

In severing trade with the Russian oil pipeline, the United States has already reached out to Saudi Arabia and Venezuela to secure new oil suppliers. Neither country has invaded any neighboring sovereignty, but they possess the same lack of democratic practice as Russia. Yet, the rationale for doing business is for the sake of lowering high gas prices that American consumers face. If the U.S. does not find an oil supplier soon, gas prices will continue to rise as projected, whether the skyrocketing inflation is economically justified in the short run or not.

There appears to be a priority to maintain the current established markets with well-known profitability rather than risk venturing into the unknown toward new, more environmentally friendly markets, which may not be as profitable. As a result of the establishment’s economic decisions, consumers will be paying for gas to the very end, no matter how near that end may be.